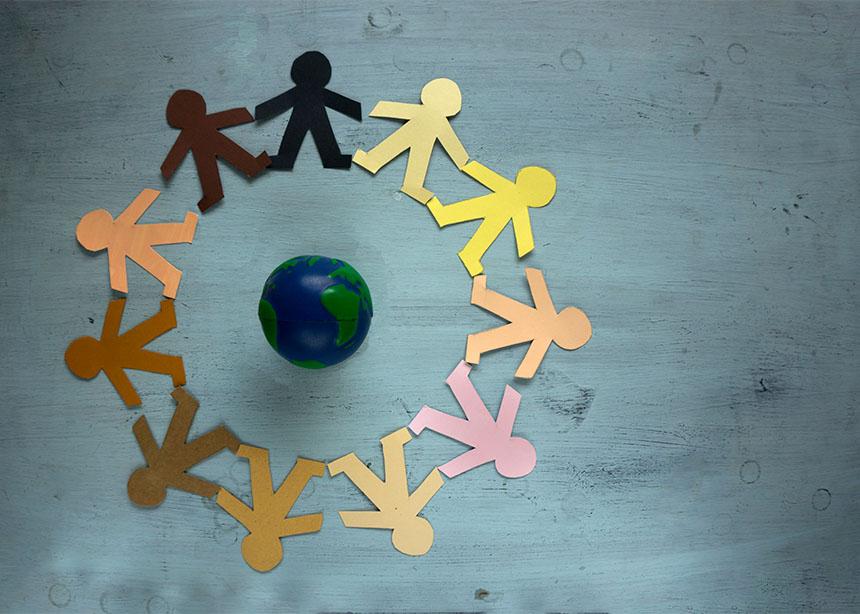 “There is a form of belonging and connection that is intended to not only transcend our capacity to imagine it, but also the boundaries of exclusion that are so fundamental to all these other ways of imagining belonging. . . .” (Photo by Mireia B L from istock.com)

I’m not naturally a morning person; it usually takes a lot to get me started at the beginning of my day. But this last Wednesday, I set my alarm a little earlier and bounced up from bed like a child on Christmas morning.

I wish I could tell you that the reason for my excitement was because of some selfless act of Christian piety. But it was really because I’m all caught up in the Olympics and I didn’t want to miss the finals for the Men’s 200-metre sprint, in which two Canadians were sprinting for a medal in Tokyo.

And I was not disappointed. Just a few moments after flicking on my screen, I watched as Canadian Andre De Grasse rocketed off the starting blocks and, in less than 20 seconds, crossed the finish line before every other athlete. A Canadian won gold!

I raised my fist in the air in jubilation and briefly celebrated before a moment of self-reflection took over. I was happy for Andre, but I started reflecting on why on earth I felt so connected to him—why it almost felt like, when he won, I also won. It is this strange connection I unconsciously sense with all these athletes who wear a uniform with “Canada” written across it, and a kind of disconnection with anyone from another country.

I don’t know any of those other athletes from around the world, but I also don’t know Andre, or any of the other athletes competing for Canada. But there is a sense that I belong to those Canadian athletes and they belong to me. This feeling of connection and belonging, when you really stop to think about it, is a strange one. Yet it is a powerful one.

What is working within me and so many others in those moments is, in reality, just an idea—a powerful idea that claims part of our sense of identity, belonging and connection. It is the idea of nationalism: a way of understanding the entire world and its human population as a collection of “nations” with firm borders, particular languages and independent governments. At global events like the Olympics, nationalism is on full display, drawing masses from around the world to imagine their connection and belonging to people they otherwise did not even know existed.

But the point of my reflection is not to dissect nationalism, but to exercise and expand an understanding of belonging and connection. There are, of course, many other ways to imagine and feel belonging besides nationalism, and many of those ways overlap inside of us. Some ways of imagining belonging seem as innocent as attending the same school or working for the same employer. Others have deep and violent histories, such as race, class, sex, gender and language. These are all working inside us. And nearly fundamental to each of these ways of imagining belonging and connection is the inverse; how we imagine exclusion and who doesn’t belong.

Yet there is a form of belonging and connection that is intended to not only transcend our capacity to imagine it, but also the boundaries of exclusion that are so fundamental to all these other ways of imagining belonging: the church, the Body of Christ. The mark of this belonging is baptism. Paul writes to the Galatians: “As many of you as were baptized into Christ have clothed yourselves with Christ. There is no longer Jew or Greek, there is no longer slave or free, there is no longer male and female; for all of you are one in Christ Jesus.”

Paul explains to this particular community of believers that they now have a new way to imagine belonging, a way that goes beyond and above nation, race, gender, last name and language. It does not ignore these differences, but it imagines life together with those differences. It is a way for us to be joined and connected to one another that surpasses all those other ways of feeling connected, for it is a connection done within Jesus Christ through the Holy Spirit.

And unlike these other ideas of belonging, it should not carry along with it a sense of exclusion. For the baptized should be those whose eyes and ears are continually opened to the gift and wonder of every human being before them, whether they also are part of the church or not. They see not outsiders, but neighbours.

In the midst of the Olympics and the urge to imagine connection through nationalism, this might just be the very best time to exercise or expand our sense of Christian belonging. The problem is not that I felt a connection to Andre De Grasse, but that I failed to recognize a connection to any of those other beloved human beings on the race track. For, as Christians, we recognize that we are far more than citizens of nations. We are members of a body, the Body of Christ, belonging to God and to one another. 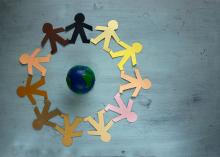 “There is a form of belonging and connection that is intended to not only transcend our capacity to imagine it, but also the boundaries of exclusion that are so fundamental to all these other ways of imagining belonging. . . .” (Photo by Mireia B L from istock.com)