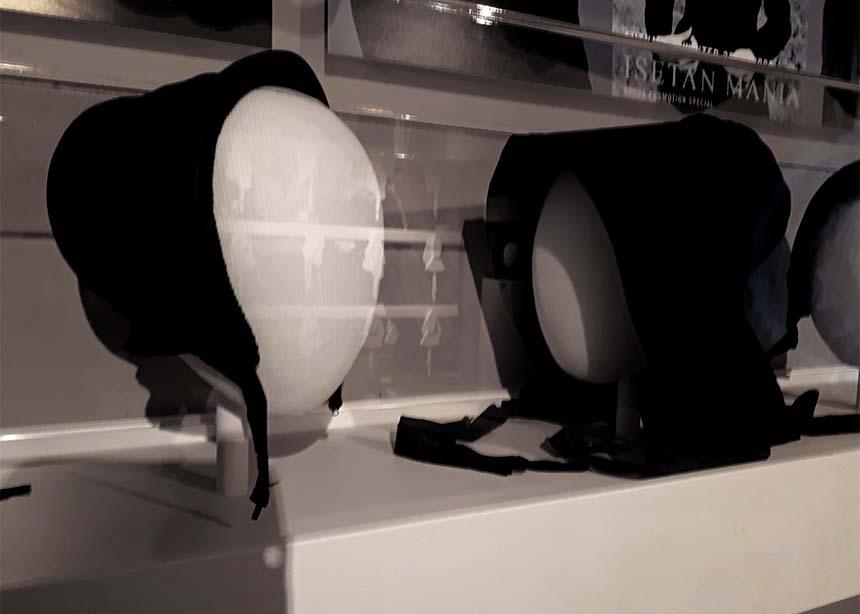 A variety of Mennonite bonnets are on display at an exhibit at Schneider Haus in Kitchener, Ont., that explores the symbolism and meaning of women’s head coverings. (Photo by Janet Bauman)

The vast majority of North American Mennonite and Muslim women do not wear any sort of veil or head covering. Why then do head coverings receive so much public attention? Do Muslim head coverings and Mennonite bonnets provoke the same response?

One part of the exhibit is dedicated to showing a variety of bonnets and head coverings worn by Mennonite women. In another room, Muslim women’s clothing and veils are on display.

A lecture given at Conrad Grebel University College in Waterloo, Ont., by Laura Morlock, is also featured in the exhibit. Morlock teaches dress and diversity at Ryerson University’s School of Fashion in Toronto. As a scholar of religious dress, she explores gender narratives and identity construction.

Over time and among different groups Mennonite women’s head coverings were intended to serve the same function: modesty, conformity to the church and separation from society, based on teachings in I Corinthians 11:3-15.

But ironies abound, as the exhibit points out. There are different standards of dress for men than for women and, while head coverings symbolize non-conformity to society, they are a symbol of conformity within the group, even though there is diversity between Mennonite groups when it comes to the style of head coverings!

In the exhibit, stereotypes and assumptions in North American society about head coverings worn by Muslim women are addressed.

According to Linda B. Arthur, a dress scholar who is quoted in the exhibit, “Symbols operate beneath the conscious level,” but it can be difficult to articulate them verbally. Head coverings have caricatured Muslims, and served to “collapse a group of people into one identity,” and project onto Islam an anti-woman stereotype, while “lifting the veil” has been seen as “a metaphor for freedom and democracy.”

For many people, Muslim head coverings imply they are foreigners or outsiders, creating an “us versus them” mentality. “Un/Coverings” turns these and other stereotypes on their head.

The display reflects that, in reality, Muslim women “represent so much variation and contrast within and beyond their communities. Their stories and identities are as complex and creative as the clothes they wear.” There are a billion Muslims in the world with diverse styles of dress; “modest chic” fashion spans the globe. In Canada, 84 percent of Muslim women do not wear a hijab, and fewer than 200 women wear the niqab.

Muslim women are “social actors,” according to the display. They employ, create, reform and change their societies. A “static colonial image of the oppressed, veiled Muslim woman offers sharp contrast with their lived experience.”

This article appears in the Jan. 10, 2022 print issue, with the headline “Turning dress stereotypes on their head.” 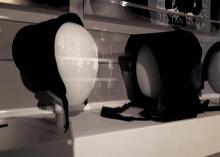 A variety of Mennonite bonnets are on display at an exhibit at Schneider Haus in Kitchener, Ont., that explores the symbolism and meaning of women’s head coverings. (Photo by Janet Bauman) 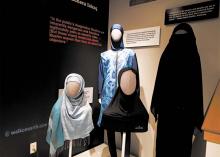 This sounds like an interesting exhibit -- thank you for writing an article about it so that those of us unable to attend can appreciate it from afar!

I do wish that the article had further discussed theologies of Muslim head coverings. Due to a difference in tradition, sacred text, and context, what may look to be a similar practice will have significant differences. For example, I would assert that there are significant theological and ideological differences between my former Winkler Elementary classmates who now wear head coverings (many of whom did not graduate or even attend high school) and my current classmates in grad school who wear hijabs.

As well, Islamic feminism is missing from this discussion. Not only is there a diversity in Muslim styles of dress, but also in reasons for wearing a particular style of dress. Hijabi women in Canada do often choose to wear their hijab and often do also identify as being feminist. (Check out Ms. Marvel comics for an example of Islamic feminism.) Saying that "head coverings have caricatured Muslims" is incorrect; we are the ones that have done that.

To answer the question: Do Muslim head coverings and Mennonite bonnets provoke the same response? No, they don't. Because Mennonites are White Christians. While Mennonites who wear head coverings may experience discrimination due to being a visible minority, they benefit from White Christian privilege (see "White Christian Privilege" by Khyati Joshi). Hijabi women -- particularly those that are racialized -- also experience racism and Islamophobia. As explained by Kimberlé Crenshaw, when oppressions overlap or intersect, they are amplified.

With Bill 21 as well as the 5th anniversary of the Quebéc City mosque shooting coming up, it's pertinent for each of us to examine our internalized Islamophobia and what we can do to be better allies. Thank you for this topical article and for sparking this conversation!