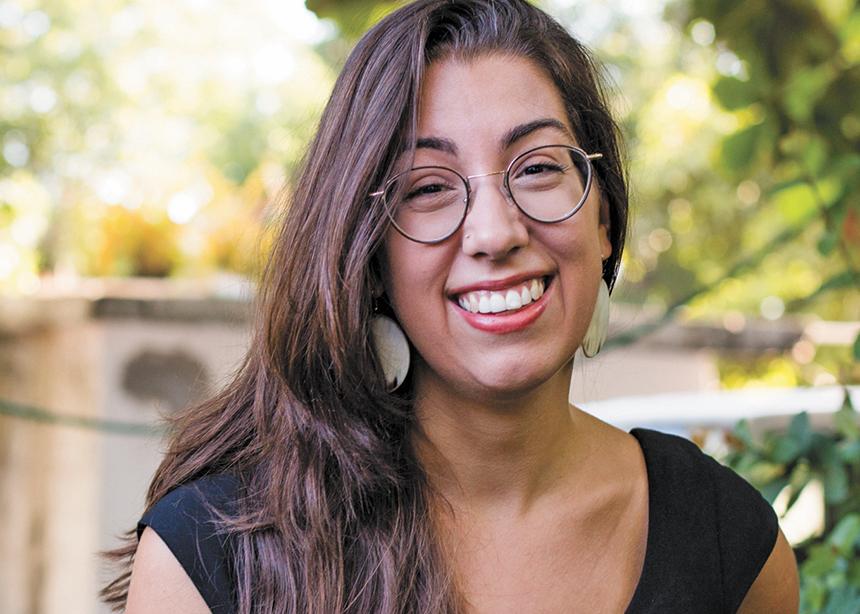 Annalee Giesbrecht is getting more than she bargained for when she agreed to serve with Mennonite Central Committee (MCC)—and she wouldn’t have it any other way.

When she arrived in Haiti to work with the relief organization, she planned to be away from Canada for a year. A few months later, however, she was offered the opportunity to extend her term to three years.

After giving it some thought, she decided to go for it. “I kind of realized that the work I was doing in Haiti was my dream job,” she says.

Giesbrecht moved to Port-au-Prince in August 2017 to work as a communications assistant as part of MCC’s Serving and Learning Together (SALT) program, a cross-cultural service experience for young adults from Canada and the United States.

In her current role, she uses her skills as a writer, photographer and designer to tell stories and connect with supporters of MCC’s work.

MCC partners with a number of local organizations in Haiti to work on projects related to food security, peace and restorative justice, education and support for vulnerable children and youth, and public health.

“I think the first thing that comes to mind for people when they think about Haiti is very extreme poverty and violence,” she says. “In a lot of places, that is the case, but it’s also a place that has a lot of beauty.”

Serving with MCC is not without its challenges. Getting to know people and making friends in a new place have taken longer than Giesbrecht expected they would. “But I don’t know if that’s much more different in Haiti than it is any time you move to a new country or even a new city,” she says.

There are sacrifices one makes when signing up for a three-year service term—being away from family and friends is one of them—but there are also benefits.

“The job is great and it’s definitely a step forward in my career, I think, both because I’m in a communications leadership position, but also because I’m in a new area doing the advocacy side of things,” she says. “In that way, I feel I’m benefitting from a really great career opportunity that will hopefully open doors in the future.”

For someone used to experiencing Manitoba’s gruelling winters every year, the change in climate doesn’t hurt, either. “I live on a Caribbean island,” she says with a smile, “so that part does not feel like a sacrifice.”

In Winnipeg, Giesbrecht’s home congregation is St. Margaret’s Anglican Church. She started going there while studying English at Canadian Mennonite University (CMU). After graduating from CMU, and then earning a diploma in graphic design from Red River College, she worked at St. Margaret’s part-time as its worship coordinator. The people at the church mean a lot to her.

“It’s been hard to come to a place where I don’t yet have a church, and difficult to find a church community that feels like a good fit,” Giesbrecht says of Port-au-Prince. “But it’s also been great to see a lot of the work for social change that, for a lot of people, is coming from a strong Christian sensibility.”

“I’ve been thinking a lot about the role of faith in working for social change, about the way that so much of the Bible is really on the side of the oppressed [and] on the side of the poor,” she adds. “That’s become increasingly important for me—to find a community of faith that takes that seriously [and has a] social responsibility that’s rooted in the Bible.”

When she was in university, Giesbrecht says that she never would have imagined that she would one day live and work in Haiti. Today, she is thankful for the opportunity and is looking forward to the next two years of her term. “It’s really exciting,” she says of her work with MCC. “I get to travel a lot [and] I’m doing the kind of creative work I’ve always wanted to do.” 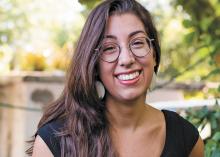 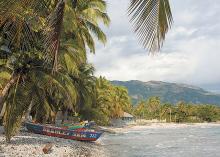 A view of the Caribbean Sea outside the city of Jacmel on Haiti's southern coast. (Photo by Annalee Giesbrecht) 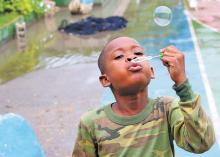 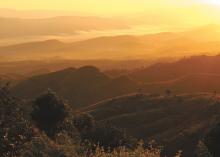 The sun rises over the mountains of Haiti's Artibonite Valley, where MCC has been working in reforestation, agriculture and community development since 1982. (Photo by Annalee Giesbrecht) 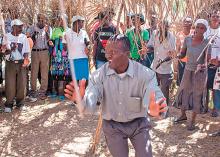