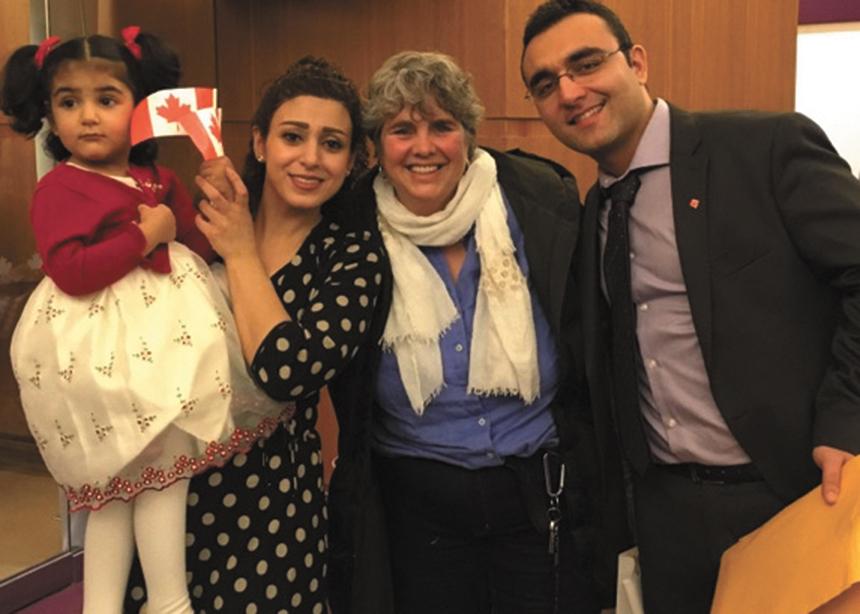 On Feb. 27, Younes and Darweesh officially became Canadian citizens after seven months of filling out paperwork, studying, interviewing and a lot of waiting.

“Since we sent the application by mail, we waited until they sent us an email to see what day is going to be a test,” Younes says. “We studied in the book. We had to know about the history, the election, everything! The test wasn’t hard, but the studying—you have to know the history, the years. You have to know about First Nations, Métis, something about every province. It’s a lot.”

The momentous occasion was marked alongside nine of their friends from Douglas.

“Having our citizenship means home, freedom, rights, responsibilities, safety and security,” she adds. “For all those reasons, we are very blessed and happy to live in this country. It’s a country where everything is possible if you work on it.”

Syria to Lebanon to Canada

Many things didn’t seem possible before coming to Canada, Younes says, not even having a child.

In Syria, the couple faced danger and poverty. They fled to Lebanon when Darweesh’s life was threatened, but their situation was still very uncertain. They say they wouldn’t have had their nearly three-year-old daughter, Alma Darweesh, if they hadn’t moved to Canada. Their lives were too volatile in Lebanon and Syria due to economic instability and conflict in the region.

Everything changed when they were sponsored by MCC and the two churches. They still attend Douglas quite regularly and have strong friendships with many of the people there.

“We have a bunch of friends and family members here, and all of them are Canadian, by the way. We are lucky,” Darweesh says.

Still, the bulk of both Younes’s and Darweesh’s families are still in Syria.

“I feel like I’m in a safe place, but every day I remember my family. They’re in a bad situation and they could die anytime,” Younes says.

She says she feels like she has to press on for her family: “A piece of my heart will always remain in Syria, but from the day I arrived here I have learned many values and the importance of acceptance of cultural differences and diversities. Besides the pleasure to be able to sleep peacefully at night, not worrying that my home will be gone in the morning, we have our precious daughter and lovely friends and many more things.”

Younes also says she feels like she’s making a difference for Syrians and other newcomers in Canada.

She works as an employment facilitator with the Immigrant Centre of Manitoba, helping newcomers find work to help transition into life in Canada.

“It’s important for me to work with [a] newcomer organization because I’m one of these newcomers,” she says. “I came as a refugee and I really know, not all the challenge, but many of the challenges or the difficulties the refugees are facing. If you understand the situations, maybe you can know more and do more.”

Darweesh works at the Newcomers Employment and Education Development Services (NEEDS) Centre in Winnipeg as a community connection facilitator.

“For me, the first step was to thank the Canadian government and Winnipeg society to help these [newcomers],” he says.

He hopes his family will serve as a model so other churches will reach out to support other refugees. “I hope every church can sponsor a Syrian family. We’re an example,” he says. 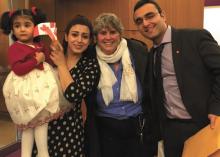