‘In the end, we’re all neighbours’ 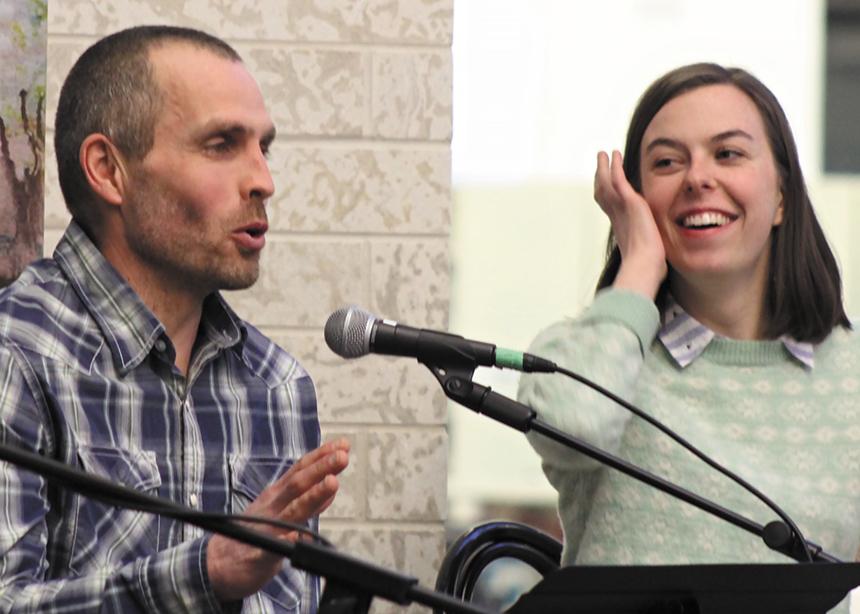 More than 180 people gathered in the Marpeck Commons at Canadian Mennonite University (CMU) on Feb. 10 to discuss these questions. The Face2Face event, hosted by CMU, was entitled “Us and them: How did we become so polarized?”

The main message of the evening? People need to work harder at listening to each other and building understanding.

“That’s sort of how I see polarization: two groups of people yelling at each other with a gap in between,” said Will Braun, farmer, former co-editor of Geez magazine, and senior writer for Canadian Mennonite. “The only way that I can think of turning down the volume is just to be quiet, put your bullhorn down, go to the brink, jump over, and listen.”

Sandy Koop Harder, a professional mediator, partner and business manager for Facilitated Solutions, added, “We need to make a choice to shift away from binary either/or, us and them thinking. . . . We need to be less certain about basically everything. We need to get curious about the other person’s experience and perspective.”

Marnie Klassen, a social theology student at CMU who recently did qualitative research on polarization in the Christian church, has been part of both conservative and liberal congregations. She has been saddened by the judgment she has witnessed from both sides. While all her research participants could identify as liberal or conservative, they could only do so with caveats, because, she said, people are complex beings.

The audience posed sharp, insightful questions: How do you approach the polarization conversation when liberals seem to be the only ones worried about it and conservatives don’t seem to care? How do you make space for multiple viewpoints without compromising your values? How do you deal with the paradox that, in order to be truly tolerant, you can’t be tolerant of intolerance?

These questions were engaged by the panellists, but were ultimately still left floating in the spaces between people. These are difficult conversations and ones that won’t easily be written off. But putting complicated ideas into practice requires hard work.

“Polarization will only increase as long as we continue to associate only with those who are like us,” said Klassen. “Perhaps [this research] also leaves us with a call to live dangerously, to put our safety at risk by trusting the indefinability of others.”

“My kids sometimes want to dismiss people just the way I did when I was a kid. Maybe the neighbours who farm very differently than us and drive by way too fast in their gas-guzzling four-by-fours,” said Braun. “And then . . . I’ll say something like, ‘You know, guys, someday we’re going to be stuck in a snowbank and that guy’s going to come with his big four-by-four and he’s going to pull us out and we’re going to be really grateful.’

“Because in the end, we are all neighbours.”

Started in 2013, Face2Face is a series of conversations organized by CMU, designed to engage the community on a wide variety of current events and issues at the intersection of faith and life.

To view a video of this event, visit bit.ly/2VmsYyD. 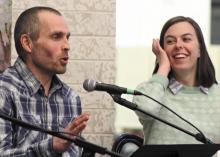 Maybe we need to tread lightly when venturing out of our homespun cocoon and make peace at home first- keeping in mind that 'out there' we'll be needed when we've 'tuned' our instruments.