Reports indicate that the weekly average of settler attacks against Palestinians and their property has increased by 40 percent in 2011 compared to 2010 and by over 165 percent compared to 2009. 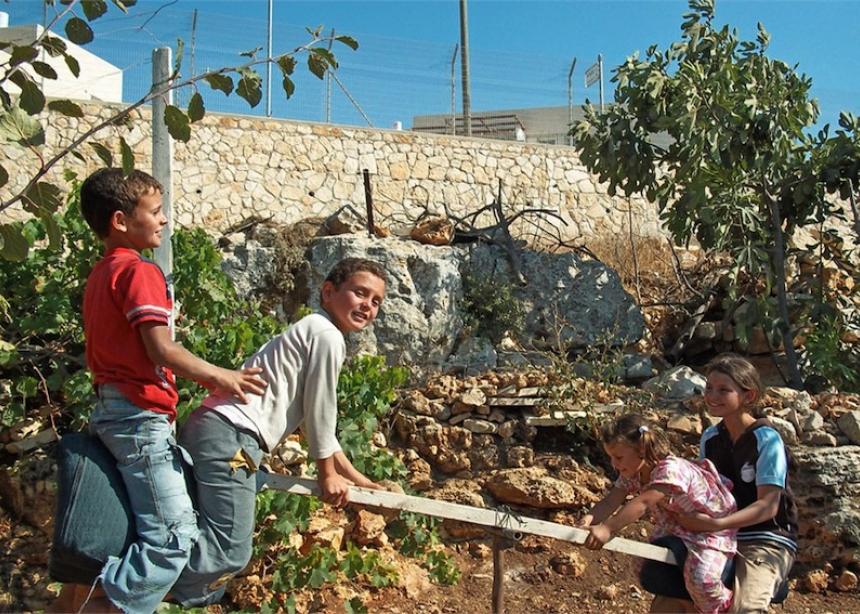 The homes at the edge of this Palestinian village are located a few hundred meters from houses in the Jewish settlement of Yitzhar. But the relationship is anything but neighborly.

On a late January tour of the Palestinian village led by representatives of the Ecumenical Accompaniment Programme in Palestine and Israel (EAPPI), residents said attacks by Jewish settles on their village are more organized and increasing.

Sometimes the attacks, which involve rock throwing, vandalism and crowd intimidation, are a part of reprisals known as "price tag" attacks carried out by settlers after an Israeli government attempt to dismantle illegal outposts or a Palestinian attack against Israeli targets, they said. EAPPI was established by the Geneva-based World Council of Churches in 2001.

"Sometimes the attacks are random, sometimes they attack on Saturdays but we always are on stand-by whenever something happens like dismantling an illegal outpost," said Ibrahim Mahklouf, 50, a schoolteacher who lives in the village with his wife and six children.

Village Mayor Ahmed Abdel Hadi said attacks by settlers on the village of 3,000 residents have increased over the past two years.

EAPPI has a 24-hour presence in the nearby smaller, more vulnerable village of Yanoun, noted field worker Joudeh Abu Sa'd, which sometimes helps to prevent attacks, but volunteers can come to visit Asira Al-Qibliya only once a week to assess the situation here.

Mahklouf said villagers are in touch with the Israeli Defense Forces (IDF) but soldiers and border police often only arrive after the attack is over or don't stop the settlers. "The mission of the IDF in the Judea and Samaria Division includes maintaining security and stability. It is in the IDF's understanding that all forms of violence undermine such stability," said an IDF spokesman in an e-mail response to an inquiry by ENInews.

One of the Israeli responses has been to prevent the Palestinians from entering land more than 60 meters from their home, much of which is used by the residents to grow their own produce in small gardens, he said.

According to the United Nations Office of the Coordination of Humanitarian Affairs, the weekly average of settler attacks against Palestinians and their property has increased by 40 percent in 2011 compared to 2010 and by over 165 percent compared to 2009.

Israelis from peace groups have come to visit and support them, said village resident Hadra Abdul Kareem, whose 14-year-old son was jailed for 30 days after an attack for throwing rocks back at the settlers.