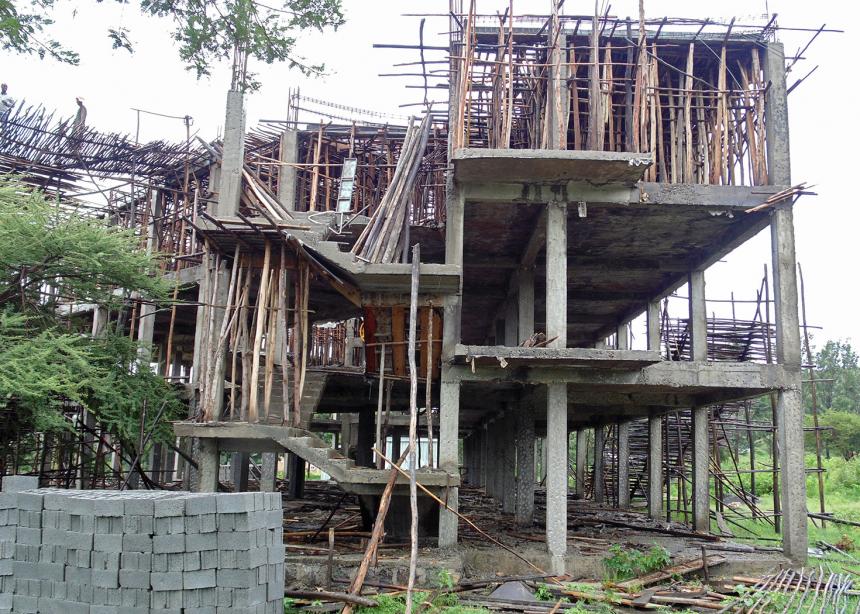 To ensure women receive the education and training they need to help build the body of Christ, Meserete Kristos College, a ministry of the Ethiopian Meserete Kristos Church, is building a women’s dormitory on its main campus in Debre Zeit.

Two-thirds of the required $1.37 million has been raised, and a generous Canadian couple are encouraging donations for the last third. They have agreed to match up to $200,000 in gifts and pledges committed to the project by Sept. 30 and payable by March 30, 2017.

The dormitory will house 258 female students and is scheduled for completion in the spring of 2017. Currently, the college houses 30 women in its education building.

The Canadian couple, who wish to remain anonymous, originally planned to support construction of the women’s dorm through their estate, but decided the proj-ect was too important to wait. “We think that by stretching ourselves and offering up a matching program to get the dorm done sooner, rather than later, we might encourage others to also not wait, and instead join with us,” they say. “By working together, we will all be able to see this project blessing the believers in Ethiopia.”

Darrell Jantzi, the denomination’s Canadian liaison, notes that women have been a “tremendous blessing” to the life and development of the church, despite fewer educational opportunities.

Meserete Kristos Church, a name that means “Christ is the Foundation Church”—based on I Corinthians 3:11—first took root in the 1950s through the work of Mennonite missionaries. From 1982 to 1991, the government forced its 5,000 members underground. Because male leaders were often imprisoned or closely watched by the secret police, women stepped to the forefront to keep the church and their faith alive.

Under the leadership of women, church growth exploded. When the existing government fell, and the church finally had the opportunity to meet openly again, membership had grown roughly tenfold. These days, Sunday services regularly welcome about 500,000 participants, and membership, now at 275,000, continues to grow. The college is training men and women to fill the corresponding need for more church leaders.

In an email, Carl Hansen, Jantzi’s counterpart in the United States, says that the church officially recognizes no gender barrier to leadership positions, but there are cultural impacts. Very few women hold key positions, and almost none of the delegates sent to the denomination’s annual general assembly this year were female.

“However, most male leaders recognize that the female gender represents at least half of the gifts God has given to the church,” Hansen says, “and there is genuine interest in making it possible to better equip and encourage the use of those gifts in the various ministries of the church.”

Since the college began in 1994, 1,226 students have graduated from it. While just 55 of them have been women—slightly more than 4 percent—many of them are now serving in prominent positions. The college would like to see their numbers and their influence increase.

Lemlem Tiumelissen, a May 2016 graduate, serves the church as a teacher and worship leader, and in her senior year of study she played a role on the college’s student council and assisted the women’s dean. She says she benefitted from her experience inside and out the classroom at the college.

“One of the difficulties was the lack of a proper dormitory for the 30 female students,” she acknowledges. “There could be as many as eight of us accommodated in a room designed for classes or offices. Although these crowded conditions evoked feelings of discomfort, lack of privacy, lack of lockers and cupboards, [and] noisiness when wanting to sleep, I was able to study and score good grades. I hope these inconveniences will be resolved when the new dormitory for women is completed.”

Tigist Alamirew, another graduate of the college, served there for 18 years before developing, launching and now leading its distance learning program.

Before attending the college, Welela Yadeta served as a layperson in her local congregation; she now chairs its elders board. “My experience at the college was beyond my expectation,” she says in an interview published in the March 2016 college newsletter. “The instructors were very much devoted, and shared their godly gifts. We, the students, had a nice fellowship that lasted to date. Last, but not least, the curriculum was very much relevant, and I studied my Bible indeed!”

Impressed with dedication of women grads

Jantzi says that, while women in the country don’t always have the same opportunity for higher education and leadership roles as men do, he is impressed with their dedication: “Their energy as prayer cell leaders and evangelists within 10 to 15 miles of the local churches is impressive, but most often [they serve] as volunteers and without pay or very low compensation or financial assistance.”

With the addition of the women’s dormitory, Meserete Kristos College hopes to enable more women to share their gifts more broadly, building on its largest graduating class ever in May. Of the 158 grads, five women earned four-year bachelor’s degrees and 16 earned two-year distance education diplomas.

Mennonite Church Canada is accepting donations for this project online at bit.ly/give-to-mkc-college.

For more on the Meserete Kristos Church, see:
Ethiopian Church grows in maturity
Bogale Kebede: Apostle to the Kaffa
They can’t keep up 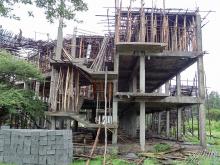