Doris Weber blazed a trail for women in ministry 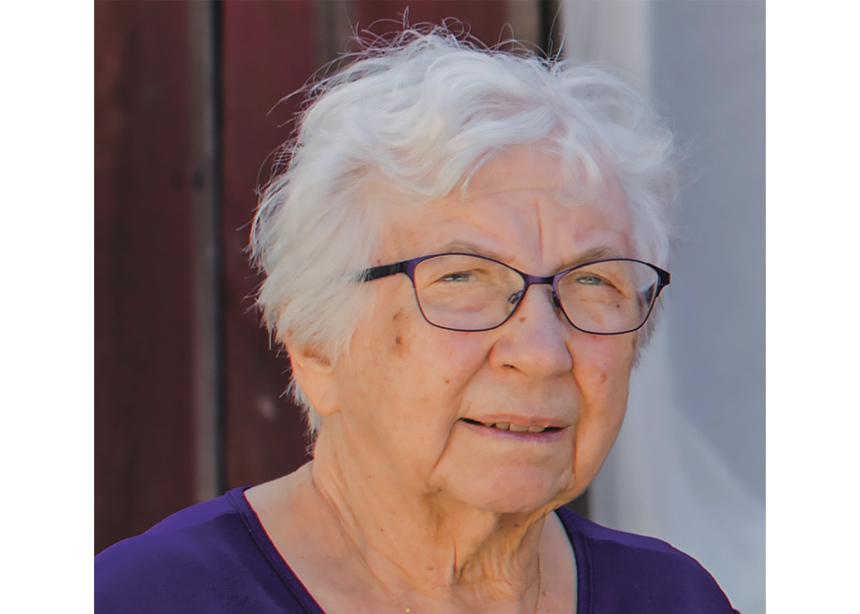 “There is a song that sings deep within me,” Doris Weber wrote in Mary A. Schiedel’s book, Pioneers in Ministry. It is that song which guided Doris throughout her life, and accompanied her as she died on Sept. 9, 2021.

Doris was born on April 20, 1930, to Allan and Veronica Jantzi and lived her life on the family farm in Wilmot Township, Ont., with time in Virginia, Ohio, and Indiana for study and pastoral work.

Music was a significant part of her childhood, as she attended many musical events in a variety of churches. One such event was in a church with a female pastor, and the next morning, Doris asked her mother if she thought Doris would be able to be a pastor someday. Her mother replied that she did not think so, but that moment was the beginning of a call that burned within Doris throughout her life.

On May 29, 1954, Doris married Rod Weber. Rod describes Doris as “a woman of faith, vision and commitment.” Drawn together by a shared desire to work in the church, they pursued a life that balanced work, study, raising a family and ministry. The spark which began in childhood continued to call Doris to pursue higher education.

Daughters Kay Weber and Julie Weber noted how hard their mother worked, both to care for home and children, and to pursue study and ministry. In the midst of raising six children born within nine years, sewing their clothes, providing quality meals and baking, maintaining a large vegetable and flower garden, she completed her BA and MDiv.

Kay and another daughter, Dawn Cullar, noted that it was important to their mother that each of her children pursue higher education. Her gracious spirit and the ability to meet all people with love and respect are qualities of their mother they carry with them.

Doris began to co-pastor with Rod at Avon Mennonite Church in Stratford, Ont., while she was studying. They were pastors at Avon from 1974-1984. During this time, Doris was commissioned (later recognized as equivalent to ordination) as the first woman pastor in the Western Ontario Mennonite Conference (WOMC), on Feb. 25, 1979. Reta Baechler, member at Avon, remembers Doris as a good teacher and a good pastor, teaching the congregation many songs and being available for care and fellowship.

Ken Drudge, a member at Valleyview, remembers Doris’s “forthrightness in confronting uncomfortable matters, either from the pulpit or in person. This forthrightness was not forceful; it was deeper than that. She had the ability to speak an honest truth in a kindly, loving way that hit home.”

With one foot in the world of traditional women’s work and one foot in the world of ministry, Doris truly blazed the trail for the following generations of women in ministry. In her quietly persistent way, Doris addressed obstacles behind the scenes while maintaining warmth and care toward those with whom she was ministering. She believed that “above all else, God is love,” a belief that guided and held her through the joys and challenges of life and ministry.

A living memorial service was held at Mannheim Mennonite Church, where she was a member, on Sept. 4, 2021. Doris continues to be loved and remembered by her husband Rod, six children and spouses, 16 grandchildren, and 7 great-grandchildren. 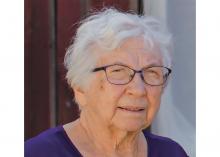