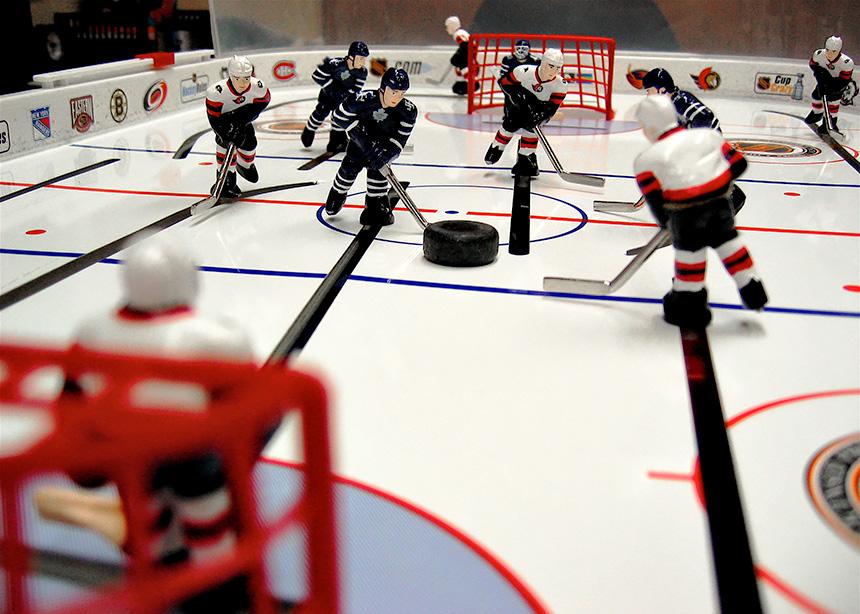 In the wake of Hockey Canada’s recent scandal, some Mennonites are re-thinking what it means to be a hockey fan. (Flickr photo by Brad Saunders)

Like other Canadians, many Mennonites watch or play hockey. But in the wake of Hockey Canada’s recent sexual-assault scandal, some Canadian Mennonites are considering what it means to be a Mennonite hockey fan. Opinions differ.

“It’s devastating, but it’s not surprising for me,” Curt Warkentin, the associate director of athletics at the University of Manitoba, says of the controversy. “We know there’s more going on than just what happened with Hockey Canada.” For Warkentin, these stories affect how he does his work.

In May of this year, Hockey Canada was exposed as having privately settled a lawsuit from a sexual-assault allegation made against Canada’s 2018 junior men’s team when the woman shared the story publicly. More instances of a similar nature, dating back to 1989, have come to light since. In response, Hockey Canada’s major sponsors, including Tim Hortons, Scotiabank and Canadian Tire, cut ties with the organization, and its CEO and board of directors have stepped down. Hockey Canada’s new board of directors were elected on Dec. 17. Five of the nine board members are women. The chair, Hugh Fraser, is a retired judge and former Olympic sprinter who was born in Jamaica.

“Things have changed,” says Warkentin. In his 15 years working in the university’s athletic department, he has seen increasing emphasis placed on the athletic code of conduct and the accessibility of athletes to counselling and sports-psychology resources.

These developments are “not a specific reaction to one specific situation, but it has been a trend,” he says. “I think the accountability and being public about it is growing, but I don’t think the number of incidents is growing.”

For Warkentin, then, his surprise at the Hockey Canada scandal had more to do with what happened after the woman came forward publicly.

“My most severe reaction to this whole thing was being really upset at the sponsors for leaving Hockey Canada,” says Warkentin. “I understand, business-wise, why you don’t want to be associated with something like this, but if you sign up to partner with somebody, your response should be, ‘How can we shift our sponsorship so that it includes a program to address this?’”

Warkentin says this reaction is informed by his years of experience as a sports administrator. “I think Hockey Canada is in a really tough spot, because they’ve got a lot of repairing to do, and now they have no resources or partners to do the preparations,” he says. “I think there needs to be room for growth and forgiveness and things like that in these situations. This is not to say you’re not held accountable, but, instead, ‘You made a mistake. Let’s work together so that mistakes aren’t happening again.’”

He would have rather have seen the Hockey Canada board of directors step down temporarily to undergo training before reclaiming their leadership roles.

Warkentin says that his belief in the necessity of “forgiveness and grace” in this scandal is a reflection of his Mennonite faith.

Other Mennonite hockey fans would disagree.

“I found it encouraging to see big companies and corporations being willing to boycott Hockey Canada,” says Allegra Friesen Epp, an avid fan of the National Hockey League’s Winnipeg Jets. “I would argue that strategies like boycotting are effective forms of nonviolent, direct action.”

She says she supports this nonviolent, direct action because of her Mennonite faith: “I believe violence is wrong, in all its forms. There are many systems and corporations that are doing a lot of violence right now, that as Mennonites and Anabaptists we could stand up to, or withdraw our support from.”

Friesen Epp says that applying financial pressure is often one of the only ways to bring about positive change in large organizations.

That said, Friesen Epp is not sure she will stop watching hockey altogether. “For me, this is a reminder that we need to cultivate healthier spaces in sports and in other areas of our lives,” she says.

With the 2023 World Junior Ice Hockey Championships beginning at the end of this month, both Friesen Epp and Warkentin are hoping some positive change will come from a challenging year in hockey. 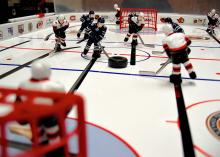 In the wake of Hockey Canada’s recent scandal, some Mennonites are re-thinking what it means to be a hockey fan. (Flickr photo by Brad Saunders)