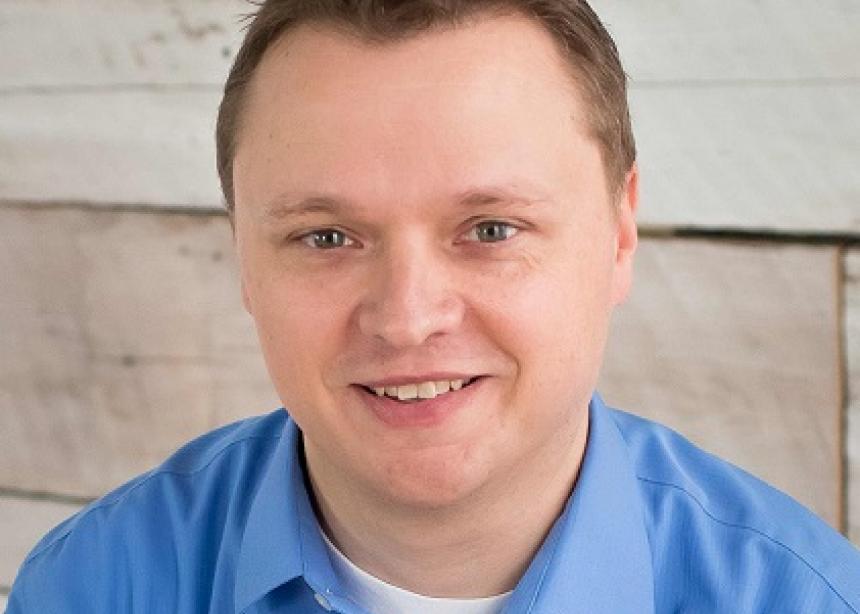 Bradley Kauffman of Cincinnati, Ohio, has been named project director for the new song collection for Mennonite Church Canada (MC Canada) and Mennonite Church USA (MC USA). The print version is slated for release in 2020. He will perform work on a contract basis before assuming a full-time staff position on July 5, 2016.

Kauffman earned a bachelor of arts in music education at Goshen College in 1996 and completed a master of arts in choral conducting at the University of Iowa in 2002.

“Bradley’s passion for the church and his keen interest in the formative role of music in our collective worship made him a very good fit for this position,” said Terry Shue, director of leadership development for MC USA and a member of the song collection steering committee.

He has led Music Week at Laurelville Mennonite Church Center in Pennsylvania, and across the church has been active in congregational musical life. He has held roles in professional and community choirs singing and conducting. He studied under Dr. Timothy Stalter at the University of Iowa and also composer/conductor Alice Parker. At Goshen, he studied conducting and church music with Doyle Preheim. Kauffman also has experience arranging, composing, and writing, and plays guitar and hand drums.

“My faith and professional life are each deeply formed by Mennonite hymnody,” Kauffman. He used Hymnal: A Worship Book (1992) as a textbook in conducting classes at Hesston College and noted it has served the denomination well. “Yet I resonate with the movement to renew and expand the denominational canon for the twenty-first century church,” he stated.

The project director is responsible for managing all aspects of the project, and will oversee a part-time project assistant and various committees. Kauffman will be responsible to a six-member steering committee: Russ Eanes and Amy Gingerich from MennoMedia; Terry Shue and Nicole Francisco Bailey from MC USA; and Karen Martens Zimmerly and Irma Fast Dueck from MC Canada.

Kauffman said he brings “passion for preserving and expanding a denominational canon in ways that are theologically and artistically nourishing. I have done a lot of thinking, leading, and writing around the topic and am energized by the prospect of leading this incredible project.”

Russ Eanes, executive director of MennoMedia, was especially happy with the many applications the steering committee received for staff and committee work, especially from younger adults. “It has been overwhelming. It shows the deep interest and energy that this project has for the whole church, and we are very pleased about the experience and credibility that Bradley will bring to lead it.”

Most recently Kauffman has worked as a full-time stay-at-home parent; his wife, Renee Kanagy, serves as pastor of Cincinnati Mennonite Fellowship. He will work from their home in Cincinnati. 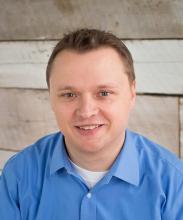