A different frame of reference

What Mennonites can bring to the conversation about climate change 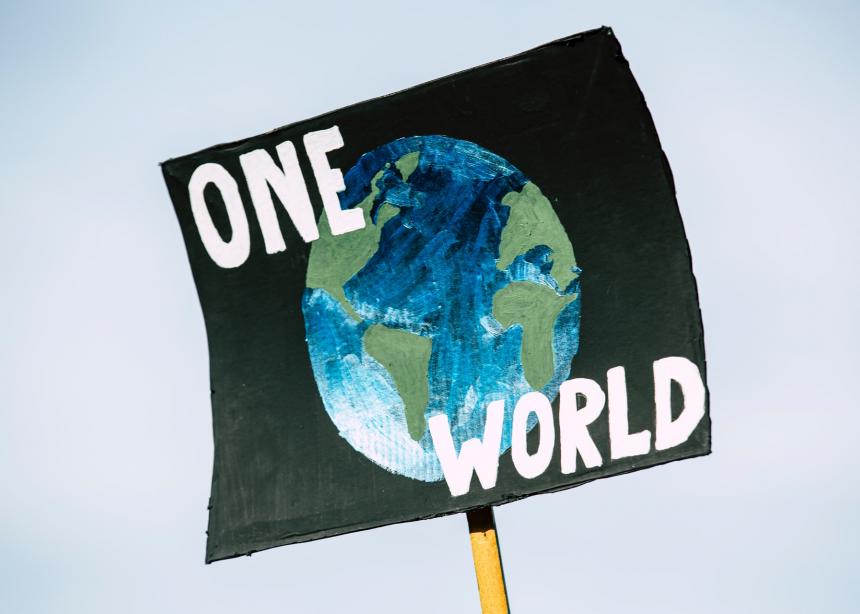 When I ponder the question of what Mennonites and Anabaptists can bring to the conversation about climate change, I think about the language that many governments and corporations use. The words “fight,” “tackle” and “battle” are commonly used when discussing the imperative to quickly solve the climate crisis. The time frame that our global community has to save our planet from ecological collapse is sometimes compared to a war-level mobilization.

The language that we use reflects our values as individuals, communities or societies. The reality is that the mentality behind this imperialist language is what got us into this mess in the first place. While we do need to transition away from fossil fuels and reduce our carbon emissions, that is not the end of our responsibility of taking care of the earth.

The work of restoring our earth will take a long time, and we can’t stop thinking about this issue once a certain piece of legislation has been passed. As well, in a war there are always enemies. Who are the enemies in the so-called battle against climate change?

Some may say that they are the corporations, the wealthy and governments. However, we know that these institutions have also adopted this same language. And often the target may be the poor and those residing in the Global South.

While I think that electric cars are an important part of the “green energy transition,” we cannot ignore those who are living in communities where lithium is being mined. Protecting some lands from economic development is important for preventing further biodiversity loss; it should not come at the expense of forcibly taking land away from Indigenous landowners.

Even though governments and corporations may continue to use warlike language in regards to climate change, could Mennonites reframe this in a different way?

Jesus calls us to be peacemakers. He said, “Blessed are the peacemakers, for they shall become the children of God” (Matthew 5:9). He believed that those “who take the sword will perish by the sword” (Matthew 26: 52).

I think this is a reminder that we should not be using only violent language when talking about climate change. We need to be restoring, healing and mending. I do not think that any language involving the word “fight” is bad, but I think that the fact that so much of climate discourse uses the word is the main problem. By using more peaceful language we are showing the world that the environment should always be top of mind. Our job as human beings is to tend God’s garden as mentioned in Genesis 2:15.

It will likely take a while before our society moves from speaking about environmentalism as a battle, to something that is simply a part of life. It is true that we have destroyed the planet for so long that we do need to act quickly to prevent the worst outcomes from occurring. We must not be passive, and it is important to call out those who created the problem in the first place.

But we must also talk about repairing, restoring and reconciling. Ecclesiastes 3:2 reminds us that we need to break down the things that are evil and create good things. We cannot have one or the other. By starting to change our language around climate change, we become like a mustard seed planted into the soil, one that, with tenderness and care, can grow into a larger tree.

Kate Strathdee is an undergraduate fourth-year student at Carleton University studying global and inter- national studies, and she is planning to work in elementary education in the future. She was also an intern with Mennonite Creation Care Network in 2021. She was raised in the Mennonite tradition and currently attends Ottawa Mennonite Church. She is passionate about education, music, environmental justice, food justice and Jesus.

This article was originally posted online by the Mennonite Creation Care Network on June 23, 2021.

Thanks, Kate. This is very wise and much needed counsel.