Dick Benner: A man who loved the church 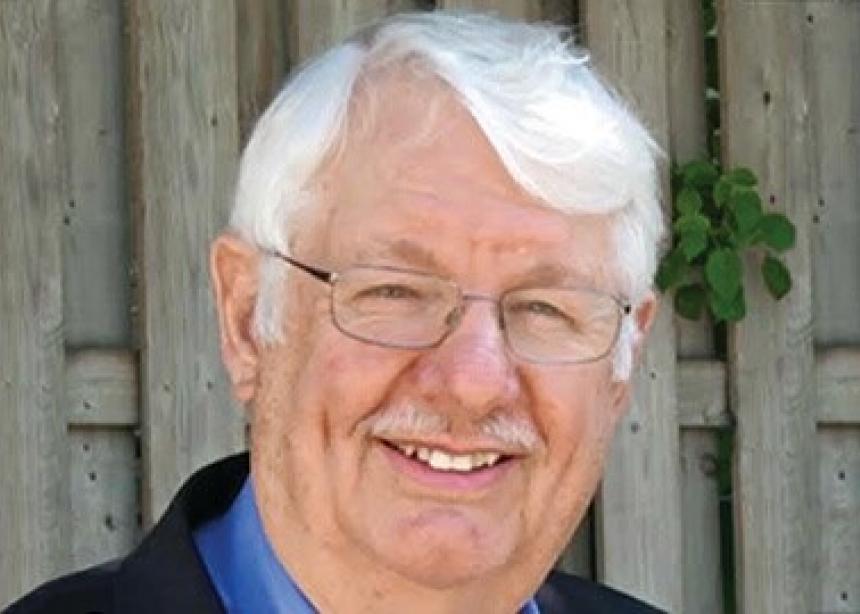 Richard (Dick) Benner, the recent editor/publisher of Canadian Mennonite, passed away on Nov. 4, 2017, at his home in Ruckersville, Va. Upon his retirement in March 2017, he moved from Ontario to his Virginia home near Charlottesville, where his wife Marlene was in long-term care. Dick began his final journey with cancer not long after that move and was undergoing cancer treatment when Marlene passed away on July 13, 2017.

Dick was born in Souderton, Pa., on April 13, 1939, the third of six children born to Paul and Margaret (Longacre) Benner. He always remembered with fondness his growing-up years on the farm, and his family’s concern for Christian mission.

His passion for the church was long and deep. Not long after his marriage to Marlene Keller on June 9, 1962, Dick began working as an editor for Mennonite Board of Missions in Elkhart, Ind. He then moved on to work for other newspapers in Pennsylvania before completing his BA degree at Eastern Mennonite College in 1969.

For 13 years Dick and Marlene owned and operated a chain of weekly community newspapers, headquartered in Everett, Pa. He often talked about those years with satisfaction, as the business prospered and grew under his leadership. The family then moved to Phoenix, Ariz., where Dick earned his master’s degree in mass communication at Arizona State University in 1988.

The following year, the Benners moved to Charlottesville, where Dick and Marlene began a printing company that is now managed by their daughter Lisa and her husband, Tim Kaczmarek. For 11 years Dick served as executive director of Shalom Foundation, a non-profit organization that published church print materials.

Dick also served for eight years (1999-2008) as assistant professor of communication at Eastern Mennonite University (EMU) in Harrisonburg, Va. During these years he also wrote regular columns for Mennonite Weekly Review. While they lived in Virginia they attended Park View Mennonite Church, in Harrisonburg.

Although past the usual age of retirement, Dick was hired as editor/publisher of Canadian Mennonite in March 2009. As an editor, he was occasionally criticized for being out-spoken and political, but he also received much encouragement to speak out about the issues facing the church. Dick believed that the magazine was important for the church, comparing it to a village square where the people can come to find out what is happening in the church, as well as to discuss and debate issues and questions.

During their years in Waterloo, Ont., Marlene and Dick missed being near their family, but they enjoyed the challenge of getting settled in a new Mennonite community and came to love their congregation at Waterloo North Mennonite Church. The time came when they needed all the friends and support they could get, as Marlene’s health declined due to dementia. Dick will be remembered for his honest sharing about this struggle in his editorial, “A living death,” published May 23, 2016.

As part of its 100th anniversary celebrations in October 2017, EMU launched a new book, Making a Difference in the Journey: The Geography of our Faith. Although Dick had written one of the chapters and the introduction, his declining health meant he was not able to be at the celebration.

Dick will be remembered for his delight in a good story and his high standards for writing. He took risks in hiring new writers, encouraging and mentoring them in their role as journalists.

He is survived by two daughters, Joy and son-in-law Dwight Foster of Waynesboro, Va.; and Lisa and son-in-law Timothy Kaczmarek of Ruckersville, Va.; two granddaughters, Madison Grace McKinsey and Mary Gray Ter Louw; three siblings, Beatrice Benner of Vanderhoof, B.C., Florence Witmer of Va., and Louise Baerg of Ore.; and sister-in-law Margaret Benner of Toronto. He was predeceased by his wife Marlene and brothers Ernest and Stanley.

Update: A memorial service will be held on Nov. 19, 2:00 p.m., at Park View Mennonite Church in Harrisonburg, Va.

I worked with Dick for more than five years at Canadian Mennonite. I remember him as a warm, kind man who took risks and helped guide me through my career at its beginning. I'm saddened to hear of his death and send my condolences to his family. He will be missed. Rest in power, Dick.