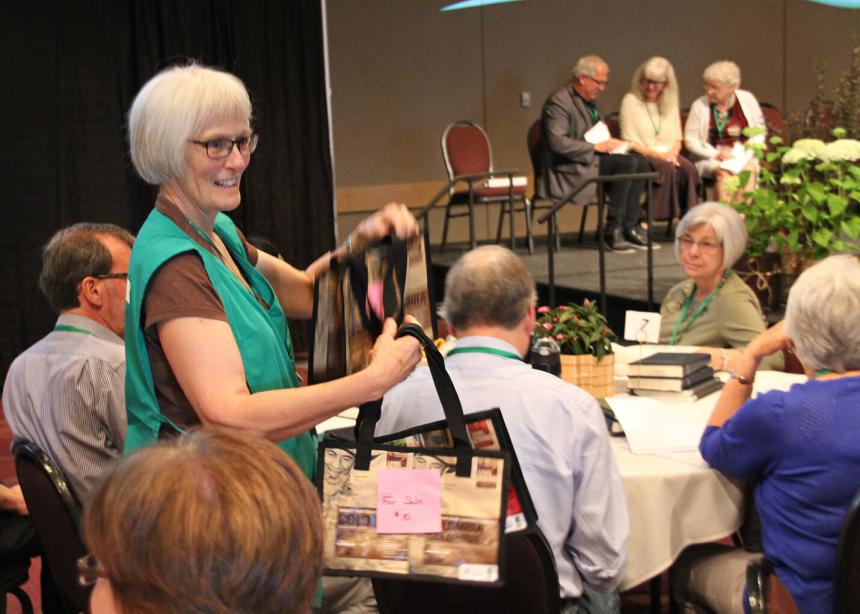 Nine years of careful study, sensitive listening, deep engagement by many, but not all, congregations—and innumerable meetings of the Being a Faithful Church (BFC) Task Force—led to a large majority vote in favour of creating space for congregations to differ from one another when it comes to same-sex relationships.

With permission to allow abstentions, 277 delegates voted “yes,” 50 voted “no,” and 23 abstained in their response to an amended BFC recommendation that took into account some concerns from MC B.C. about language.

Article 19 of the Confession of Faith in a Mennonite Perspective clearly states that marriage is “between one man and one woman,” excluding room for LGBTQ persons to be a part of congregational life. The BFC recommendation recognizes that this historical view of marriage may be dated and weighing down congregations, as many of them attempt to be faithful in welcoming everyone into their fellowship.

Outgoing moderator Hilda Hildebrand read well the gravity of the assembly’s discernment process, repeatedly reminding delegates of sensitive etiquette for those on all sides of the debate, requesting that no applause be given for individual comments or when the vote results were delivered. Announcement of the results ended with silent prayer and singing.

Delegate Ray Friesen of Swift Current, Sask., sensed a fulcrum moment when Gerry Binnema, pastor of Black Creek (B.C.) United Mennonite Church, shared that he had anticipated voting “no” prior to attending assembly. While his attendance at a seminar by Dan Epp-Tiessen on “Reading the Bible in light of same-sex relationships” did not change his mind, it helped him hear that differing understandings can also be valid.

Delegate Ray Hamm of Altona, Man., appealed for equal attention to the science of same-sex relationships. “We owe it to ourselves and those among us to talk about more than Bible verses: genetics, environment, choice,” he said.

Gary Fehr of Blumenort (Man.) Mennonite Church indicated a “no” vote on behalf of his congregation. “I really hurt for those with same-sex attraction, but there has been very little talk about being accountable to the institution of marriage and how God meant it to be prior to sin entering the world.”

Katharine Penner of Osler, Sask., said, “I want to be a church that focusses on love.”

SueAnne Harms of Wildwood Mennonite Church in Saskatoon said, “Friends have come out to me. I cannot full-heartedly say that the church will accept them. . . . You don’t need to understand same-sex relationships, you just need to love them.”

But Reuben Tut of South Sudanese Mennonite Church in Edmonton cautioned whether doctrine needs to spell out whether Christians love those in same-sex relationships or not. “Do we just need to love them?” he asked? “I pray because I know Mennonites are peacemakers, but sometimes Satan comes and diverts your ways when you are moving in a good direction. Let us be careful on this.”

A similar spirit of tolerance and good will seemed to prevail during earlier discussions on the BFC recommendation.

Robert J. Suderman, leader of the BFC process, urged the delegates to look at the recommendation as a whole and not get bogged down with the separate segments. He likened the approach to the four chambers of the heart beating, keeping the body functioning in the spiritual sense of peace, mission, faith and service.  “But these need to be seen within the missional context in which we live, taking seriously God’s working in spheres beyond the church that include history, politics and science,” he said.

While many in the session resonated with that analogy, it went down hard with others.

Walter Bergen of Emmanuel Mennonite Church in Abbotsford, B.C., saw it as a “lightning rod for other difficulties within the body.” He cited a lack of leadership in missions and education on the matter, and predicted that a positive vote would in all likelihood result in a fracture of the body.

Steve Swires of First Mennonite Church in  Burns Lake, B.C., a pastor with a Baptist background, said that at first blush the resolution may sound harmless, but he cited Leviticus passages from the Old Testament and Paul’s warning in Philippians to contend that the church is now saying that “God made a mistake” in creating male and female.

But on the other side of the issue, Vic Thiessen, a member of Hope Mennonite Church in Winnipeg and a former staff member of MC Canada, made an impassioned plea for making this a time of confession and repentance for the “ways we have unjustly treated LGBTQ members,” asserting that this is a matter of justice, just as slavery was.

A younger delegate, Jonas Cornelsen, observed that, as a member of both Hope Mennonite and now of Sherbrooke Mennonite in Vancouver, two congregations taking opposite positions on same-sex marriage, he is comfortable in both settings, seeing the diverse viewpoints as making MC Canada much richer as a communion, with every interpretation belonging together.

There was some concern that the new Canadian congregations—having sparse representation at the assembly—could not, from their various socially conservative cultural backgrounds, feel comfortable with the resolutions, but would be reluctant to impose their views on the larger body.

Tim Reimer, pastor at Danforth Mennonite Church in Toronto, confirmed the latter. He read reassurances from an Ethiopian pastor with whom he works closely, citing Ephesians 1:1-14, which calls the body to “maintain the unity of the Spirit in the bond of peace.”

Pieter Niemeyer, who identifies as a gay pastor from Stouffville, Ont., said that he and his wife “bear the weight of this discernment process” because he has chosen to stay in his heterosexual marriage and, at the same time, “walk with those in the LGBTQ community” because of their fear of becoming a part of the church. “A divided world is watching us,” he said, urging the delegates to not only approve the resolution but to actively demonstrate how much they believe in a God of acceptance.

Hope through lament and loss (overview)
Decision roundup: Assembly 2016
‘We are all responsible for what happens next’ (Future Directions)
Delegates have spoken (a word from Willard Metzger)
The Mennonite Church Canada Assembly 2016 page has links to reports, videos, news sheets and more. 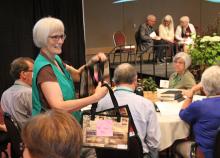 What a sad state of affairs we have come to in MC Canada, and we feel good about it.
When theologian J.I. Packer left his denomination (Anglican Church Canada) he was asked his reasons. He said in effect that he didn't leave his denomination as much as his denomination left him. You can read more here https://www.crossway.org/blog/2015/06/when-j-i-packer-walked-out/
Our path is predictable, following other liberal mainline protestants into unfaithful decisions. To use the term Anabaptist to describe who we are is no longer valid. We have become, over some decades, more mainline than the evangelical gospel-preaching original Anabaptists. We are well on our way to approving same sex union, ordination, etc.
I don't think of churches and individuals "leaving." I see it more as my church walking away from me. And with Luther I say, "Here I stand. I can do no other. Amen."