A dehydrator and a dream 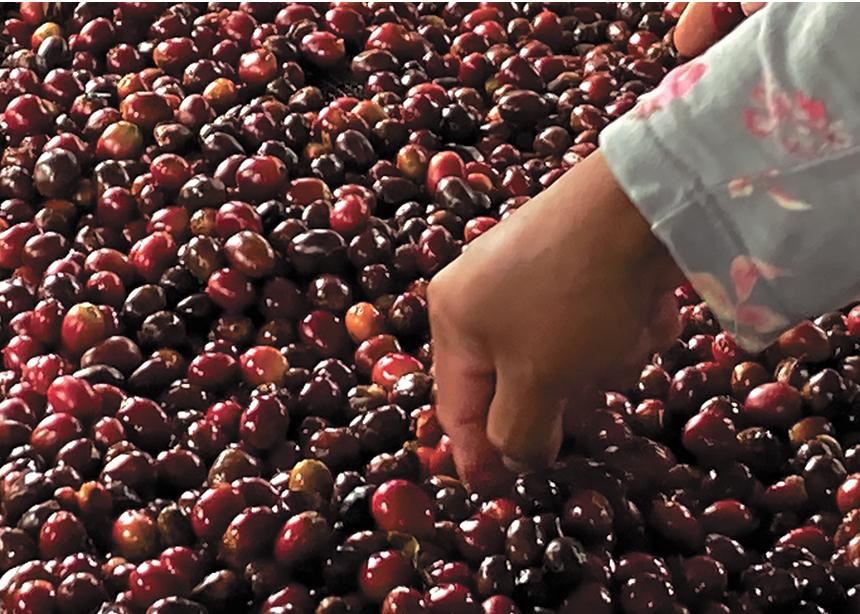 The pulp from these coffee cherries can be ‘upcycled’ into cascara tea. (Coffee for Peace photo)

When the COVID-19 pandemic began a year ago, global food security networks were put to the test. In the Philippines, where Dann and Joji Pantoja serve as Mennonite Church Canada International Witness workers, the people in the city were suddenly cut off from their food supply as the country locked down.

In the mountain region where they work, vegetables were piling up without a market. The Pantojas, who are regularly called upon to respond after natural disasters, such as typhoons, invested in a truck, and got special permission to deliver vegetables such as cabbage, lentils, carrots, and beans into the city.

As they made these deliveries, Joji’s mind began to wander back to the fall of 2015, when the couple visited Leamington United Mennonite Church, one of their supporting congregations. She was given a tour of the local Southwestern Ontario Gleaners facility that collects local surplus vegetables and dehydrates them for distribution to places with food insecurity, while reducing food waste at the same time.

As the chief executive officer of Coffee for Peace, Inc., her entrepreneurial mind began to simmer about the possibilities of bringing a dehydrator to her community in Davao City on the island of Mindanao. A chef could develop a flavourful soup mix for their product line, she thought, reducing food waste while building up the community. This could be a shalom-building project, in harmony with creation and their neighbours, for the well-being of the whole community as an expression of the whole gospel of Jesus Christ.

The dream for the dehydrator goes beyond vegetables, however, to another initiative that would transform the waste product of coffee into a marketable tea. In Vancouver, the Pantojas first encountered cascara, a Latin-American “tea” produced by brewing the dehydrated pulp of the coffee bean. They have experimented with sun-drying the pulp locally and preparing small batches. But a dehydrator would be more efficient.

It would also reduce their own waste by allowing them to store surplus dehydrated vegetables for future emergency relief, and generate more income for their PeaceBuilders Community ministry.

Lois Konrad of Leamington United Mennonite was first inspired by the Pantojas when they spoke at a national assembly in Abbotsford, B.C. She was part of a learning tour to the Philippines in 2010, and supported the congregation’s partnership with the Pantojas through International Witness. The congregation has felt a strong connection to the Pantojas’ ever-changing ministry over the past decade, engaging regularly through emails, prayers and updates in worship three to four times a year. And the couple visit regularly during their furloughs.

Konrad is currently part of the early stages of raising funds for the dehydrator project, which she hopes will broaden beyond the congregation to become a full community partnership, in an effort to raise the approximately $15,000 required.

Inclusive development and social enterprise are core elements of the Pantojas’ peacebuilding work, empowering local residents to use the resources God has given them. While much development within the Philippines has benefited rich investors and international corporations, they are committed to bringing social development to the people.

Dann is appreciative of the nature of their partnership with MC Canada, which is very sensitive to decolonizing missions. He says that MC Canada does not have a top-down approach to mission but listens to the local people, who have a voice in what development means to them.

Listening, says Dann, is the first act of love. “Our relationship with [MC] Canada is a model in which we don’t feel dominated or colonized religiously.”

This expression of partnership and peace is noticed by Pantojas’ partners, particularly the Moro Islamic Liberation Front and various indigenous groups. One Muslim leader once commented to Dann, “If this was the kind of Christianity that was brought here first, there would not have been a war.”

Jeanette Hanson, director of MC Canada’s International Witness program, gets excited about the synergy between local Canadian ministries and what is happening internationally. In the case of the Pantojas and the dehydrator project, there is a two-way flow of inspiration and connection.

She wonders what else is on the horizon—not only for the Pantojas and Leamington United Mennonite—but for other Canadian churches and other International Witness partnerships: “What is in our hands as churches in Canada, and how is God calling us to use that within our international partnerships?” 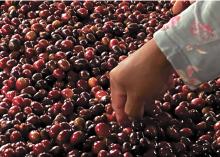 The pulp from these coffee cherries can be ‘upcycled’ into cascara tea. (Coffee for Peace photo) 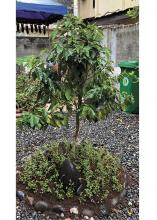 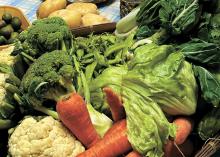 A variety of vegetables grown around Coffee for Peace’s coffee farm. From her visit to Leamington (Ont.) United Mennonite Church and the local Southwestern Ontario Gleaners facility a few years ago, Joji Pantoja got the idea that a vegetable dehydrator could reduce waste, help feed the hungry following natural disasters, and provide additional income for her and her husband’s PeaceBuilders Community ministry. (Coffee for Peace photo)