A first look at key decisions made at Assembly 2016 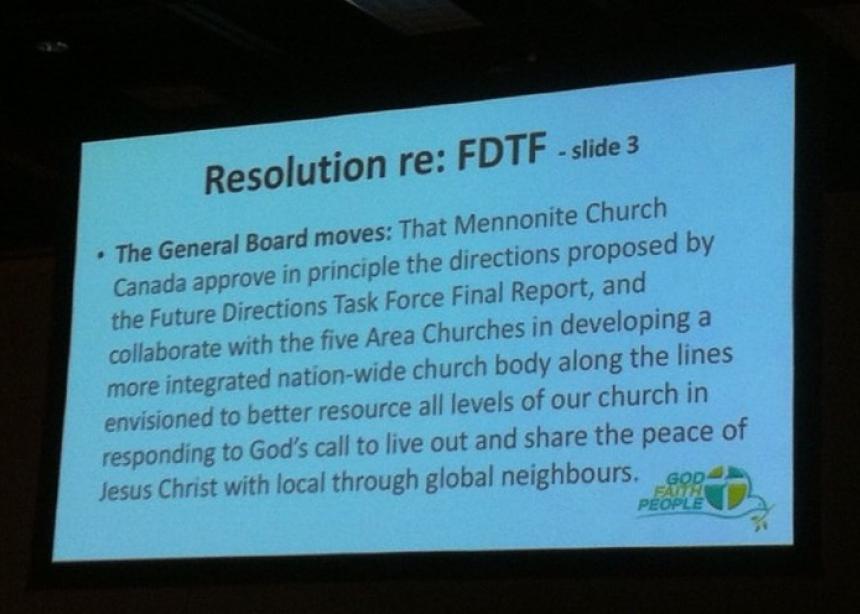 Assembly 2016 may become known by delegates as a watershed event.

By turns intense and emotional, joyful and worshipful, the gathered delegates made significant decisions that will impact the Mennonite Church Canada body for years to come. They met in Saskatoon, Sask., July 6 to 10, 2016.

On Saturday morning, July 9, 85 percent of the delegates voted in favour of the Being a Faithful Church (BFC) recommendation to create space and test alternative understandings to traditional beliefs on same-sex relationships. Congregations who are asked to bless same sex marriages will now be given space to do so, even as the national family of faith continues testing to see if such discernment is a nudging of the Spirit of God.

On Saturday evening MC Canada moderator Hilda Hildebrand announced the results of the Future Directions Task Force (FDTF) recommendation, which passed with 94 percent vote. The vote authorizes the board to develop more concrete plans to re-structure national and area churches into a simpler, more integrated body. Leaders will come back to delegates with those plans by 2018 or sooner.

A following resolution to thank and dissolve the Task Force also passed.

Delegates processed an amended resolution on Palestine and Israel on Saturday evening, in response to a plea from Palestinian Christians that “the global church come alongside the Palestinian people as they suffer under Israel’s 49-year military occupation of their lands.” The amendment included acknowledgment of the suffering of Jewish people in the conflict, and a desire to work with Jewish organizations in Canada as well.

Delegates voiced concerns about what this statement would mean for relations with Jewish people and organizations in Canada and observed that the church has been historically complicit in both anti-Semitism and Christian Zionism.

The resolution passed after further discussion, with some speakers noting the weight of making this decision with too little knowledge or discussion.

The motion was carried, though some delegates abstained since they have not yet consulted their congregations on the matter.

To read the discernment documents, the daily news sheet and Twitter feed, or to watch video of the plenary and worship sessions, go to the Mennonite Church Canada website.  The hashtag #menno2016 points to Assembly 2016 coverage on social media. 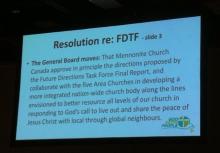 Does same sex marriage fall under the "sexual immorality" found in Galatians 5:19?