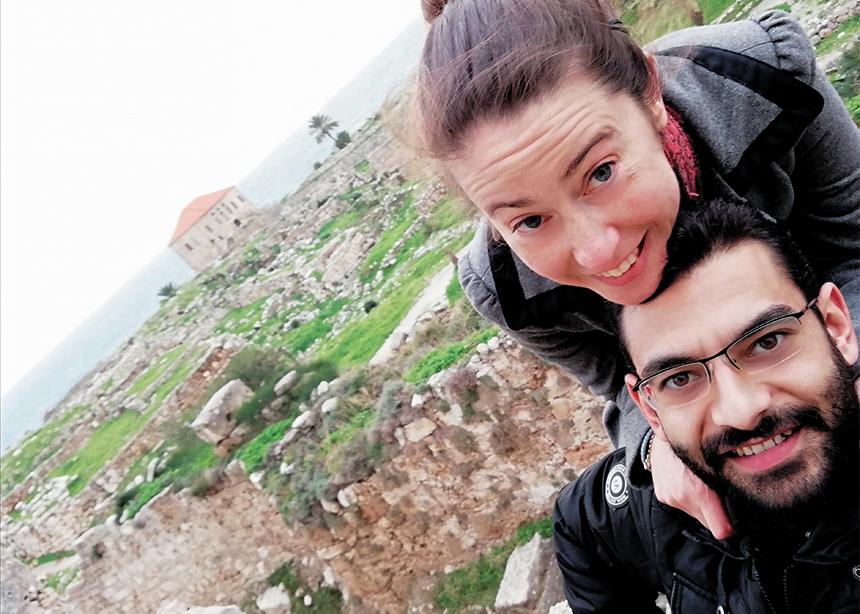 This year marks a devastating milestone. It is the 10th anniversary of the war in Syria. This dreadful war has resulted in the deaths of a half-million people and is the largest displacement crisis since the Second World War.

More than half of Syria’s pre-war population has been forcibly displaced. To put that into perspective, the number of people who have been forced to flee from their homes is equivalent to the combined populations of British Columbia, Alberta, Saskatchewan, Manitoba, New Brunswick, and Newfoundland and Labrador. Of the more than 13.4 million displaced Syrians, approximately half have fled the country, becoming refugees, and the other half are scattered within Syria.

Samih Saltah is one such forced migrant. On three occasions he narrowly escaped execution at the hands of extremists. And, like one-in-four Syrian families, his home was severely damaged. By the time we met in Lebanon in 2018, he had been living precariously as a refugee for almost five years. His family was still internally displaced within Syria.

Fast forward to 2021, and Samih is now my husband. We live in Canada, where he was granted asylum, and where I have since migrated to. Sadly, his mother and two siblings remain in Syria.

This World Refugee Day (June 20) we pause and reflect.

Last year, after a period of intensive and intentional prayer, God spoke into my heart. He called me to support inclusive development and peacebuilding in Syria, a war-ravaged country where 80 percent of the population now lives in poverty.

As this work must be undergirded by prayer, I sought the support of my congregation, Peace Church on 52nd in Vancouver. I was invited to lead a webinar on the topic before launching a prayer ministry for Syria, which gathers over Zoom for about 30 minutes on the third Thursday of each month. The prayer ministry is a small fellowship of Mennonite Christians from across B.C. and further afield. Each month, we unite for a structured liturgy, a special prayer focus and a shared time of prayer. In both English and Arabic, we uplift the people of Syria. Our group receives prayer points from local churches in Syria and Mennonite Central Committee field staff.

In May, four months into our prayer ministry, God graciously prepared for us a path by which to engage practically as well as prayerfully. I was on a walk with my friend and fellow prayer ministry participant, Susan. She noted an opportunity to sponsor refugees interned in Australia’s inhumane immigration detention centres and their families in Third-World countries.

I raised this with Samih as soon as I returned home. That same day, he and I commenced our task of forming and facilitating multiple refugee-settlement teams, which will serve as welcoming communities for our refugee neighbours. These private sponsorships are funded by Ads-Up Canada and administered by Mosaic’s Operation #Not Forgotten (bit.ly/3vZJt35). We expect to welcome our first newcomers toward the end of the year.

And finally, the preparations for the work in Syria continue. The time is right for restoration. Indeed, although 60 percent of Syrians are now experiencing food insecurity,  and 90 percent do not have access to safe drinking water, the country was previously almost entirely self-sufficient in terms of food production and water management. While more than half the population is in dire need of medical care, and critical shortages of medicines are now commonplace, the country previously boasted universal healthcare and produced 90 percent of its own pharmaceuticals. With widespread damage to infrastructure, irrigation and supply chains, and an economy in crisis, the country’s improved security conditions are now enabling food-production recoveries and opportunities to rebuild.

The vision for what I am calling the Damascus Road Initiative is to embody the love of Christ through nurturing inclusive development and peacebuilding for all individuals, families and communities in Syria. This long-term project will support enterprise and value-chain development, with a focus on strengthening food security, water management and health systems. We are currently concentrating on strategic planning and building collaborative partnerships.

This World Refugee Day Samih and I take time to pause and reflect. We have embarked along the Damascus Road. It is a path of transformation. 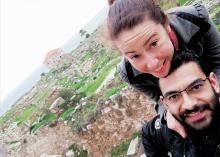