Often called the most prestigious award in religion. 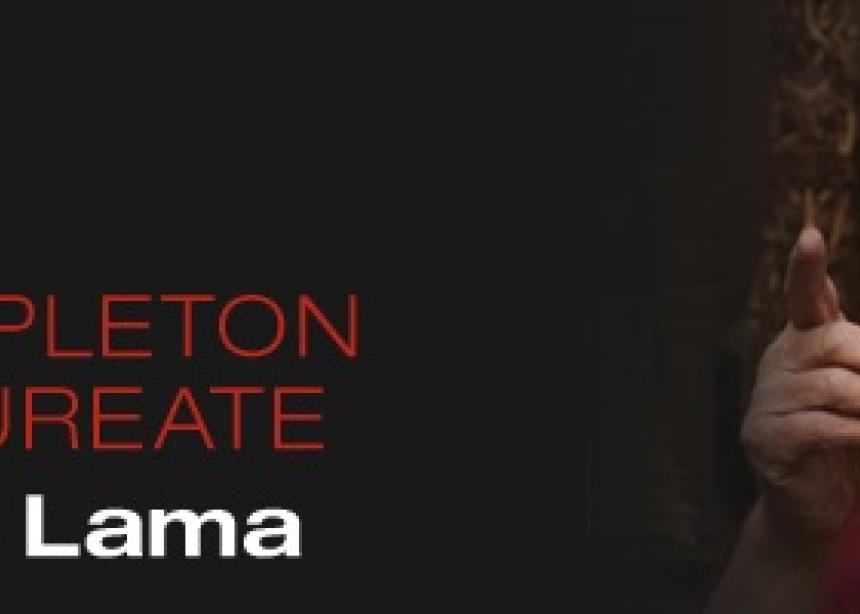 The Dalai Lama, already a Nobel Peace Prize laureate, is the recipient of the 2012 Templeton Prize, often called the most prestigious award in religion.

The announcement, made on March 29 by the John Templeton Foundation, based in West Conshohocken, Pennsylvania, cited the Tibetan leader's "incomparable global voice for universal ethics, nonviolence, and harmony among world religions."

Though beloved by many in the world for his spiritual teachings and admired for championing the cause of Tibetan autonomy from China, the 76-year-old Buddhist leader won the Templeton honor for his public support of the intersection of science and religion -- specifically the "investigative traditions of science and Buddhism as a way to better understand and advance what both disciplines might offer the world," the foundation said.

The prominent Buddhist leader has encouraged "serious scientific investigative reviews of the power of compassion and its broad potential to address the world‚s fundamental problems -- a theme at the core of his teachings and a cornerstone of his immense popularity," the foundation said in its announcement.

Dr. John M. Templeton Jr., the president and chairman of the John Templeton Foundation and son of the late founder of the prize, said the Dalai Lama has "encouraged serious scientific investigative review of the power of compassion and its potential to address fundamental problems of the world. This search is at the core of his teachings."

"His Holiness has fostered the inclusion of careful scientific methods to the study of spiritual perspectives, which in turn fosters the spiritual progress that the prize has recognized for the past 40 years," he said of the prize instituted by his father, Sir John Templeton.

"With an increasing reliance on technological advances to solve the world's problems, humanity seeks the reassurance that only a spiritual quest can answer," Templeton said. "His Holiness the Dalai Lama offers a universal voice of compassion underpinned by a love and respect for a spiritually relevant scientific research that centers on every single human being."

The award will be presented at a May 14 ceremony at St. Paul‚s Cathedral in London. The Templeton Prize is valued at US$1.7 million and is the world's largest annual monetary award given to a single individual. The prize honors a living person who has made "exceptional contributions to affirming life‚s spiritual dimension," the foundation said.