Crossing barriers to reach out to the other 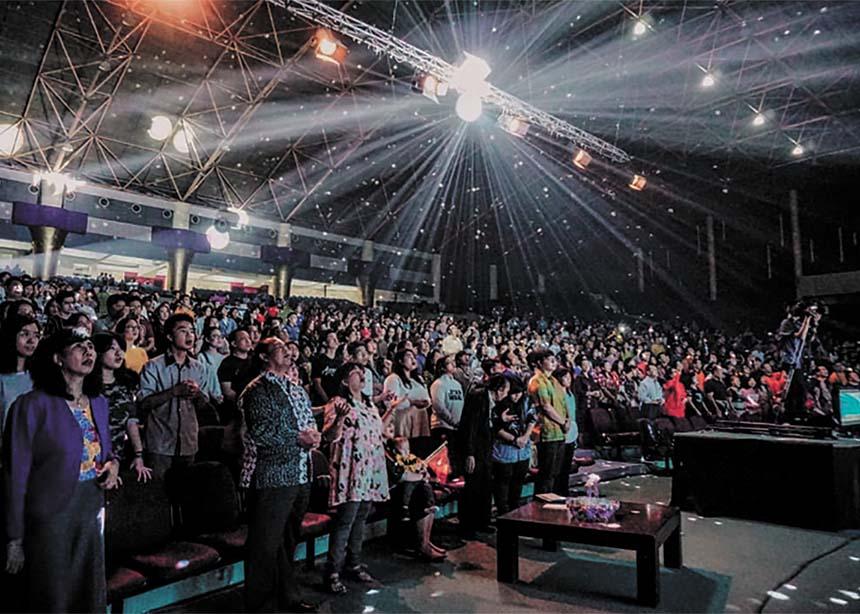 With the 17th Mennonite World Conference (MWC) assembly set for Indonesia this July, Canadian Mennonite magazine’s senior writer, Will Braun, talked to César García, the Colombian who serves as MWC’s general secretary. They talked about Assembly 17, challenges facing Anabaptists globally and the unique Mennonite churches of Indonesia. The interview has been edited for length and clarity

Will Braun: Mennonite World Conference holds a global assembly every six years. How many have you attended?
César García: Three: Pennsylvania, Paraguay, Zimbabwe.

WB: What are your best memories of those assemblies?
CG: Each assembly has its own flavour. Worship is one of the major awesome experiences during assemblies. . . . Also, when we hear people from different cultures sharing about their journey and then others responding to that, those are things that transform you.

I have good memories of a time in which I was in a small van visiting a church in Zimbabwe with pastors from different cultures. So it is not only the formal event, but the time when you interact with others in a more personal way.

WB: Have you been to Indonesia before?
CG: Yes, I have been there several times.

WB: What do you remember from these visits?
CG: Many things. When you go to Indonesia you find yourself in the country with the largest Muslim population in the world. So you see the ways in which many women are dressed, and you see different mosques. They have a lot; at least one in each neighbourhood. You hear the calls to prayer early in the morning.

And then you see other things that are a good mirror of our global Anabaptist church. So some of these churches ordain women; some of them use clerical collars; some of them emphasize—a lot—the work of peacemaking, and that in itself is so inspiring. . . . To find areas in Indonesia where the work of Mennonite pastors is so closely connected with Muslim imams. They work together and even have close friendships. That is, again, inspiring. And that is because of the work of peacemaking.

Others—including megachurches—emphasize service to the community. In Latin America you see a lot of megachurches that are very Pentecostal and charismatic, but they don’t touch issues related to justice, or health or support for the poor.

So, as a Latin American, it was so interesting to see that it is possible to be part of an Anabaptist megachurch with contemporary worship and emphasis on Pentecostal beliefs, and at the same time strong social commitment and a sense of service for the well-being of the community, which is, by the way, a Muslim community. That was for me like a blessed shock.

The Indonesian context has a lot to teach us.

WB: Assembly 17 was postponed once. Will it need to be postponed again?
CG: No. It may be that, because of the pandemic, we will have the majority of the assembly online. We are in the process of deciding if there is going to be on-site attendance, and, if so, on what level.

WB: When will that decision be made?
CG: Around the middle of February.

WB: What are you looking forward to most about Assembly 17?
CG: Facilitating the opportunity for all our churches around the world to get to know our churches in Indonesia. There are many lessons we need to learn from the church in Indonesia.

So when we find churches that don’t share our principles and are still Anabaptist, how do we cross those barriers? That is something that we want to do.

The fact is that every single culture builds up many barriers in different ways. And we understand that in our Anabaptist tradition, our call, among many other calls, has to do with this idea of crossing barriers as we follow Christ. Because Christ does that—crosses barriers to reach out to the other.

As Anabaptists, we have, regrettably, a long history of building up barriers that divide us. In MWC we are convinced of the need to go against that tendency.

WB: If the assembly goes ahead in person, it will involve a lot of flying. How do you feel about that?
CG: We want to be sensitive to climate change. That is a high priority for MWC. We have a call to care for creation and that is essential for our churches and our theologies.

At the same time, we need also to understand that an assembly is not only a meeting of people, is not a vacation time. It has to do with the idea of being part of a global church that is an alternative to the kingdoms of this world. So assemblies are essential, because we believe that cross-cultural following of Christ is essential for discipleship. And it has been that way for the entire history of the church, since the Book of Acts, when there was the council in Jerusalem.

So the universal church needs to be together because it’s together where we can shape each other’s way of following Christ.

So taking those two realities into account is a challenge and we want to be faithful to that.

WB: Where will the next assembly be?
CG: It will be in Ethiopia in 2028, God willing.

WB: Who makes that decision?
CG: That decision is made by the Executive Committee of MWC, and it is in response to an invitation. We wait for the invitation from a specific church. When there is more than one invitation, there is a process of discernment and decision-making, in order to make sure that we rotate among the different continents and that we also give the opportunity to a church that has not had an assembly before.

WB: What are the biggest challenges facing the global Anabaptist community?
CG: Challenges that I identify now have to do with the rise of nationalism and political polarization. In many places, that’s an ongoing challenge. And I say “challenge,” because it effects our churches. We have local congregations, or national conferences, or just individuals in churches, entering into conflicts for political reasons and because of the rise of nationalism.

The pandemic, of course. And how churches respond to that. And also how the pandemic has affected our churches. The loss of leaders because of COVID-19, people that have passed away, vaccine hesitation, in other places lack of access to vaccines, conspiracy theories . . . those are global challenges.

WB: As general secretary how do you describe your role in the global Anabaptist community? What is your job?
CG: If I tried to summarize it, I would say I am called to facilitate our global communion. This implies looking for many different ways to help our Anabaptist church to be aware, and to actually enjoy the fact that we are called to be one, and that we are one even though sometimes we don’t realize that.

WB: You moved to Kitchener, Ont., in 2019. How has that worked out for you?
CG: It has been very special. It has given me the chance to be closer to a different part of our constituency. It is something good. To have this kind of mobility in our headquarters is great. That is one of the good things of not owning a building as an organization.

In a more personal way, the possibility of knowing churches in this context has challenged some of my cultural assumptions and helped me be aware of my own blind spots.

WB: What do you miss most about Colombia?
CG: I miss the weather. I miss the food. I miss the views, the landscape. I miss the cultural diversity that we have in Colombia. But I would say that what I miss the most are people.

WB: You’ve been in this role since 2012. How much longer do you think you’ll be doing it?
CG: Well, that’s a question I have been asking myself. But more important than asking myself, is asking our church. The term of the general secretary is six years, so every six years there is this question. That six-year period will finish at the end of 2024. So there is the need of starting that process of discernment again. 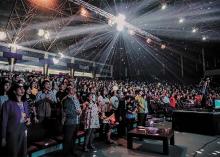 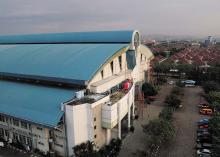 Having attended Winnipeg and Asuncion assemblies, I am intrigued and sorely tempted to find a way to join the Indonesian assembly, hosted by JKI Injil Kerjaan.

Also to visit the home of our former president of MWC.