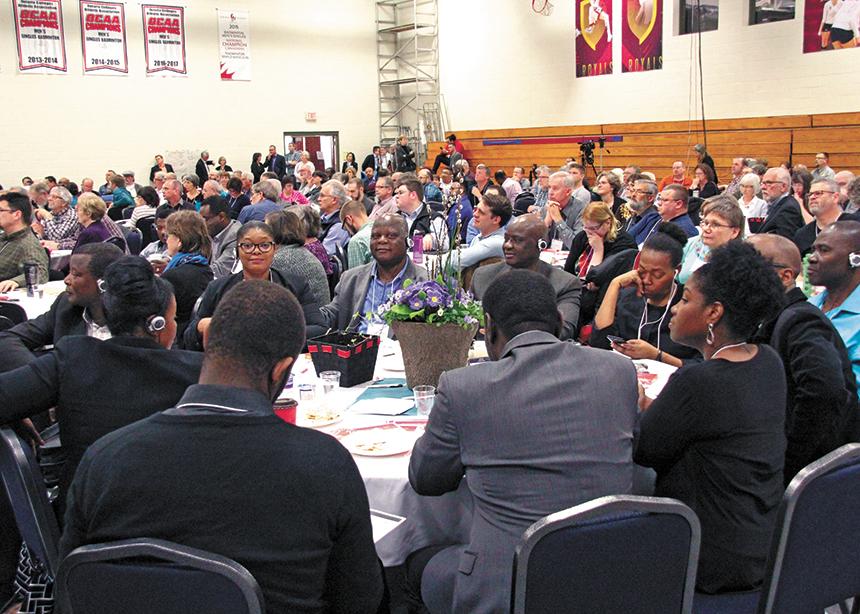 Westerne Joseph has been in Canada for ten years. The political situation in Haiti meant that he, his wife and their children had to flee, landing in Canada as refugees. In 2010 they received refugee status, making their home in Montreal, where their children have finished high school and attend university. Joseph has Mennonite roots from Haiti, having come to know Jesus in a Mennonite Church there and studying with Mennonite ministers.

Five years ago he founded Assemblée de la Grâce congregation of about 75 people, with 30-35 attending weekly.

Michel Monette and Lynn Renaud, leaders of Hochma, a Mennonite Church Eastern Canada (MCEC) congregation also in Montreal, have been active in working with the influx of Haitians claiming refugee status in Canada, fearing that they would soon be sent back to Haiti by the United States government. Through this work, Joseph met Renaud and Monette, who connected them with Brian Bauman, mission minister for MCEC. Assemblée de la Grâce (Assembly of Grace) became an emerging church within MCEC at the April 2018 annual church gathering.

Assemblée de la Grâce uses Creole, a dialect of French, in worship. Now part of MCEC, it also belongs to a group of 30 congregations (also named Assemblée de la Grâce) in Haiti, Florida, and soon in Jamaica. They also run a school and orphanage in Lascahobas in the Dominican Republic.

In the five-fold gifting listed in Ephesians 4:11 (pastors, teachers, apostles, evangelists and prophets) Joseph claims that of apostle—going out with the good news of Jesus, establishing new congregations, and growing leaders for those congregations. These are gifts which Assemblée de la Grâce and Joseph bring to MCEC.

At the April gathering Joseph spoke of MCEC as a kind of Pentecost with all the nations together, connecting people, and sending people out with the good news. MCEC congregations now use at least fourteen languages in worship each Sunday.

See more about the MCEC Annual Gathering at ‘Connected: Striving side by side with one mind.’ 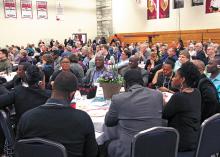