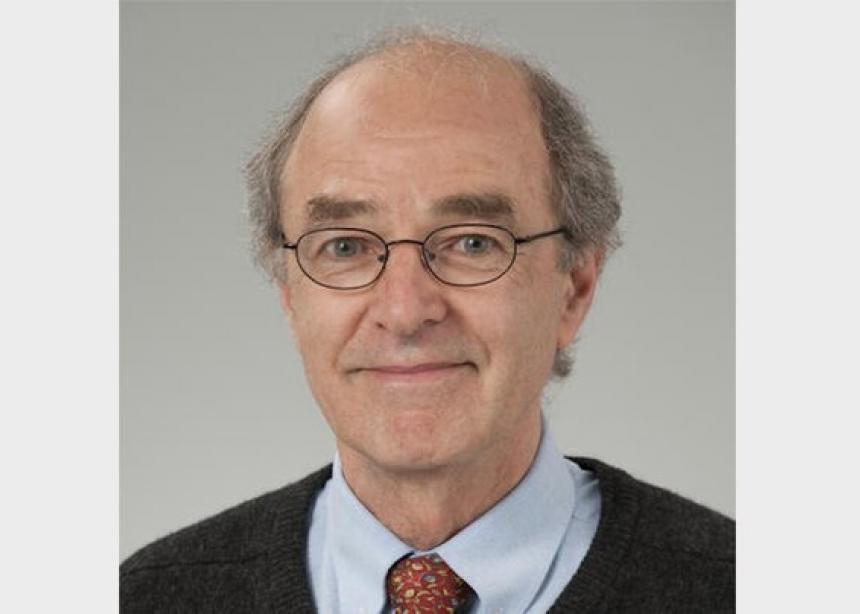 Mennonite Church Eastern Canada recently terminated the ministerial credentials of John D. Rempel of Niagara-on-the-Lake, Ont., following an investigation into complaints of ministerial sexual misconduct. The complaints were brought to the regional church by Marcus Shantz, president of Conrad Grebel University College, Waterloo, Ont., after former students brought allegations of sexual misconduct by Rempel to his attention earlier this year.

Rempel served as chaplain, residence director and adjunct professor at Grebel from 1973 to 1989. The complainants were undergraduate resident students at the college at the time when they experienced the alleged sexual misconduct. With the consent of the alumni involved, Shantz made a formal report to MC Eastern Canada and asked for an investigation. The regional church has oversight over the conduct and credentialing of its ministers. Rempel was ordained in 1982.

In response, MC Eastern Canada appointed an independent investigation team to examine the allegations, following a process outlined in the denominational Ministerial Sexual Misconduct Policy and Procedure manual. After the investigation team reported to the regional church’s Leadership Council, a hearing process took place and the accusations were found to be credible. The council determined that Rempel was guilty of “ministerial sexual misconduct and ministerial misconduct,” and it revoked his ministerial credentials.

In an email to Canadian Mennonite, Rempel said he “unreservedly accepted my wrongdoing,” but he lamented “the absence of empathy for me through the process, and in how the judgment against me has been presented in news releases is a failure of justice and mercy. The rejection of any provision for restorative justice is a failure of justice and mercy.” He added that “the process was set up with only one purpose, that is, passing judgment on the accused, without room for forgiveness, making amends and working toward reconciliation.”

MC Eastern Canada’s Church leadership minister Marilyn Rudy-Froese responded, “MCEC’s Leadership Council, made up of ordained ministers and lay leaders, prayerfully receives investigation findings, hears the perspective of the accused minister, and discerns a way forward, providing concrete steps that the minister can take toward accountability and reconciliation.” She added, “This is one stage of the journey toward wholeness and healing, but it is not the end of the journey. There is much left to be written. We trust that God is always at work, making a way in the wilderness and moving toward shalom for all.”

In its Oct. 20 news release, MC Eastern Canada acknowledged that “John D. Rempel was, and is, for many people, a beloved pastor, professor and theologian. His ministry was wide-ranging and we will have to reconcile the tension that human beings have the capacity to cause much harm and pain even while they have also done much good for the church.”

From 2012 to 2015, Rempel continued his affiliation with Grebel as director of the Toronto Mennonite Theological Centre, a program administered by the college. Later, he became a senior fellow at the centre, a role Grebel has now asked him to step down from.

In a joint news release, MC Canada, MC U.S.A. and Mennonite World Conference (MWC) responded to the news saying, “As church bodies with which Rempel has worked closely over his career . . . we grieve for the victim-survivors harmed by Rempel’s actions and honour their courage in coming forward.” The statement continues, “We uphold [MC Eastern Canada’s] decision to take decisive and public action in this situation and to walk alongside victim-survivors on the path of healing and wholeness.”

Throughout the 1990s, Rempel served as Mennonite Central Committee’s liaison to the United Nations in New York City and served as pastor of the Manhattan Mennonite Fellowship there.

From 2003 to 2012, he served as a professor at Anabaptist Mennonite Biblical Seminary, teaching theology and Anabaptist studies. Representing MWC from 2012 to 2017, Rempel participated in an ecumenical dialogue on baptism with representatives of the Roman Catholic Church and the Lutheran World Federation.

Rempel wrote on theological topics for academic and church publications. He was on the editorial committee for Hymnal: A Worship Book and was editor of the Minister’s Manual used by MC Canada and MC U.S.A. Rempel was also among the editors of Take Our Moments and Our Days, an Anabaptist prayer and worship resource.

Because he was involved in writing and editing materials published by MennoMedia, executive director Amy Gingerich acknowledged that this revocation of credentials raises complicated questions: The church has serious concerns about using material written by someone who has perpetrated sexual violence, like disgraced Catholic songwriter David Haas. But how is that concern expressed given that Rempel only worked within a collaborative team in some of those publications? MennoMedia acknowledged that he had “no direct role in making any final decisions about the contents” of the new Voices Together hymnal.

All the church bodies responding to this news expressed grief and concern for the victim-survivors and for the wider church. MC Eastern Canada stated: “We, as a faith community, must support paths that lead to healing and wholeness for all. As a regional church, we will do our best to walk alongside all those who are impacted.”

Both Grebel and MC Eastern Canada encourage any persons who have experienced misconduct of a credentialled leader to contact Marilyn Rudy-Froese, the regional church’s church leadership minister at mrudyfroese@mcec.ca, or Carizon Counselling Services, an agency appointed to receive confidential disclosures related to this matter, at 519-743-6333 or intaketeam@carizon.ca . The MC Eastern Canada website also offers resources on reporting sexual misconduct.

I am a charter member of Manhattan Mennonite Fellowship in New York, NY where John D. Rempel was our charter pastor. I was on the pastoral search committee which chose Rempel. You see that I have a lot of skin in this game. I moved to Menno House in October 1984 after graduating from Goshen College with a major in Mennonite History and German. (Rempel and I speak in German whenever we can and I have multiple books in my collection inscribed to me in Rempel's unique Handschrift!) At Menno House, I lived in the room above which Rempel formed the MMC Liaison Office ten years later. I have set my hand to the plow and have not turned back. Rempel is very strong in his theology of gathering around the Table in fellowship and The Lord's Supper.

Recently, I have learned of the poem "Perhaps the World Ends here" by Joy Harjo. This poem begins "The world begins at a kitchen table." I regularly use the kitchen table that my grandparents Gladys and Abner Zimmerman received as a gift in April 1938 upon their marriage three times or more a day.

I have another table, the original Communion Table from Manhattan Mennonite Fellowship that fell apart due to our Fellowship having to move it around too much. RempeI had this table contructed and I could not stand to allow this table to be thrown away. It awaits repair. On the underside of this table every day I see the words "Mennonite Church" which Rempel stubbornly wrote because he did not cherish the name "Fellowship."

And finally, around another table in Rempel's fifth floor walk-up some time around 1998, I told my then pastor Rempel the realization after much soul searching that I am gay. Since then as a member of the Mennonite LGBTQ+ community, I have felt nothing but genuine support from Rempel.

Harjo's poem continues to be appropriate as she concludes and are very appropriate for the many facets of our situation:

"Wars have begun and ended at this table. It is a place to hide in the shadow of terror. A place to celebrate the terrible victory.
We have given birth on this table, and have prepared our parents for burial here.
At this table we sing with joy, with sorrow. We pray of suffering and remorse. We give thanks.
Perhaps the world will end at the kitchen table, while we are laughing and crying, eating of the last sweet bite."

In my personal devotions yesterday, I came across Number 693 in Hymnal: A Worship Book translated by Rempel the words of Balthasar Hubmaier--and forgive the patriarchy of the 1500's--, "Father, I have sinned against heaven and before you. I am not worthy to be called your child because I have not carried out your will. But speak a word of comfort and my soul shall be healed. God, be merciful to me a sinner. AMEN"

I trust that we will not need to wait for the Heavenly Banquet before we all with our many pains, angers and wishes for reconciliation are granted. Would there be ways for this to happen between Rempel, those against misconduct was exacted, The Mennonite Institutions which teach Peace and Reconciliation and the Mennonite Institutions to which Rempel has submitted himself? Many of us at Manhattan Mennonite Fellowship are seeking for ways to create a safe space for all—the abused as well as those whom have caused that harm. We welcome ways to keep Christ at the center of this very complicated situation. I regularly name those on the many sides of this situation by name in the Prayer services in which I have been privileged to make part of my spiritual practice from my living room as a result of COVID-19. As my grandmother would close her letters to me "Meeting you at the Throne of Grace."

The online comments for this article are now closed. If you wish to respond, send a short letter (maximum of 300 words, addressing the topic, not individuals) to letters@canadianmennonite.org. It will be considered for inclusion in the Readers Write section of the print edition. –Virginia A. Hostetler, Executive Editor