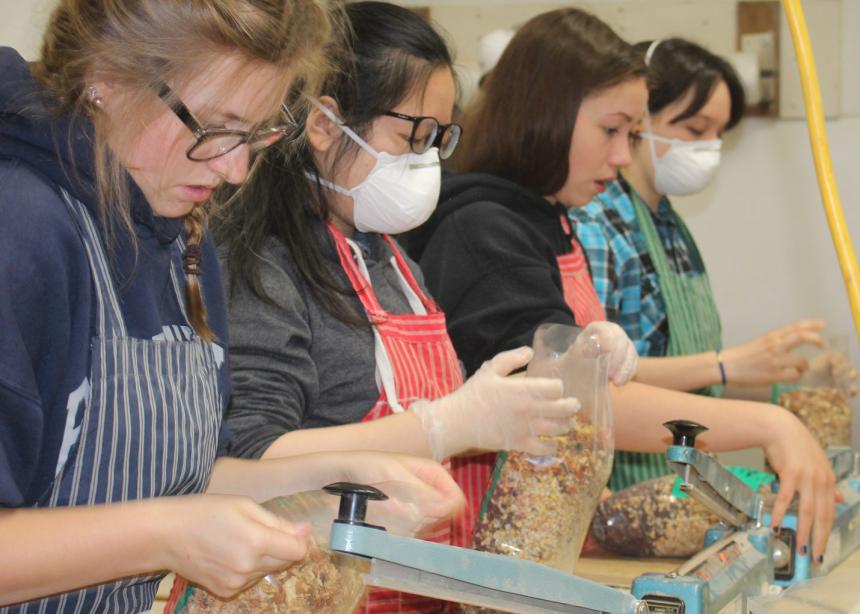 As far as David Epp is concerned, the 2016-17 school year was “a real success.” His first year of teaching at Rosthern Junior College (RJC) was also the first year of the school’s Imagine program for Grade 10 students.

A social-justice initiative offering integrated learning in English, history, Spanish and Christian ethics, Imagine also provides experiential-learning opportunities both in and outside the classroom.

Imagine began as an experiment, according to principal Jim Epp: “We wanted to turn our younger teachers loose, to give them opportunity to use new teaching approaches, to make their classrooms come alive [and] to make learning relevant.”

When RJC launched the program in the fall of 2016, it hoped for 20 students. Response was enthusiastic, and by the time school began in September, it had drawn the line at 26. With transportation being limited to the school’s two 15-passenger vans, 26 students and four staff members would fill every available spot.

In November, students spent a week in Winnipeg, “to explore the concept of insiders and outsiders by utilizing the Museum of Human Rights, the Assiniboine Zoo and the downtown city core as textbooks,” says David. RJC partnered with several organizations, including Initiatives for Just Communities, Canadian Mennonite University and Mennonite Central Committee to help students learn about poverty, racism and homelessness.

Not all learning experiences took place outside the classroom, however. Throughout the school year, 45 individuals and community organizations from the Rosthern area met with students at the school. On one such visit, two Syrian families, who had come to Rosthern as refugees, talked with students about life in Syria, their experience of being refugees and their Muslim faith.

He says that the people RJC partnered with are “pursuing some of those same goals we share here.” This is important, he notes, because “when we’re out there it’s a different learning environment,” and the teacher may not have as much control. “I have goals for what we could be doing there, and some of the learning is structured, but the goal isn’t that you’ll learn the lesson, but that you can do it your own way.”

For many students, the most memorable experience was volunteering with Okanagan Gleaners in Oliver, B.C., as part of RJC’s Alternative Learning and Service Opportunities program. There, they worked alongside other volunteers to package bags of dehydrated soup mix intended for distribution in areas affected by drought and food shortages.

“In three days, students contributed to packaging nearly one million bags of soup,” he says. “After a quick turnaround day of cleaning, students successfully prepared 12,000 pounds of apples for future packaging.”

Learning about hunger, both locally and globally, and then working to feed hungry people, made a strong impression on students, he says. “Many remarked that the one million bags of soup was an impressive number that not only demonstrated the results of their hard work but also highlighted the scope of global hunger,” he says. “Students recently learned that the soup they packaged was immediately sent to northern communities in Nunavut and the Guatemalan highlands.”

Jim admits the response to Imagine exceeded expectations. “We were blown away by the response,” he says. “And that’s really why we have moved a bit more quickly than we had intended with Grade 11, Grade 12 and also a focus on the learning that happens in our school community.”

Thrive, a program for Grade 11 students, will focus on healthy relationships with God, self, others and with the environment. The Grade 12 program, Explore, will focus on leadership, global citizenship and post-secondary opportunities. Because students develop divergent interests and make career choices at this age, these programs will be offered during either the first or second semester, but not for the full year. A final initiative, Belong, will be for all students, and will focus on community building. 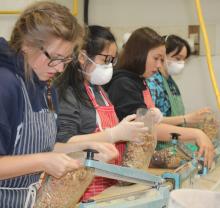 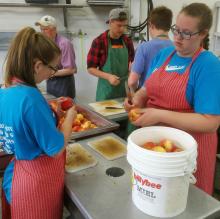 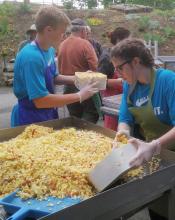 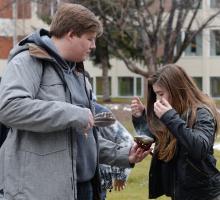