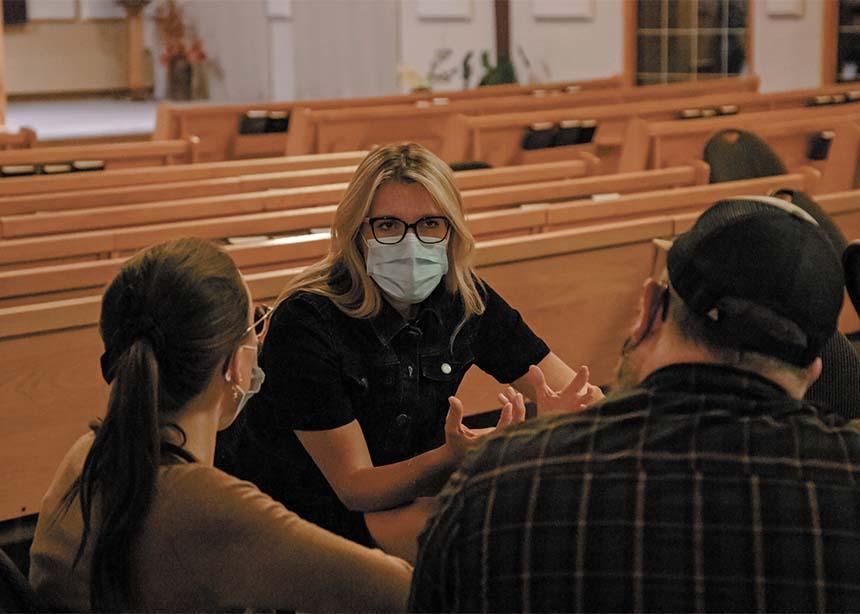 “Courageous Imagination: A journey together listening for God” was initiated last spring by the executive council of the regional church, noting that the last strategic plan was developed in 2014, and the current vision and mission statement was written in 2005.

This journey of listening for where God is at work began with a prayer gathering, and includes 10 podcast episodes on a variety of topics. It has generated feedback that has been summarized into key themes, and draft identity and priority statements.

During October and November, MC Eastern Canada hosted eight regional gatherings, inviting responses to these draft statements. Particularly meaningful for Leah Reesor-Keller, because they were among her first in-person connections since she began her role as executive minister of the regional church, the meetings involved more than 160 people from 56 congregations, and included opportunities to participate online and in French.

There was good energy and engagement, according to Reesor-Keller. “Each conversation . . . was filled with hopefulness and deep insight,” she says, including both “affirmation for the general direction of the identity statements and priorities,” along with “suggestions for refining them.”

For Mollie Moua, who is the project manager for “Courageous Imagination,” building connections through relationships is key to this process, especially as the regional church “moves further into the intercultural vision . . . that we are trying to achieve together.” Moua says, “It’s the relationships that will transform us.” Hearing individual stories helps to make those connections.

God is calling the church together to be open to see what God is doing inside and outside of church walls, and to be receptive to learning, growing and being transformed. Moua says she hears a desire “to move outside of our comfort zones . . . to move from being insular to being a church that is looking outwards.”

The notes from those fall meetings are being distilled now in order to refine statements about shared values and the mission of MC Eastern Canada going forward, as well as to name key priorities. Several common themes arose, including becoming more:

There was a common concern expressed for how to provide spiritual nourishment, resources and support for children, youth and young adults.

Another shared priority is that faith rooted in Anabaptism “calls us to action,” says Reesor-Keller, but there is diversity in community around that. There are strong voices that say the church has to be “out there living into that call for shalom, for everyone, for all creation.” She says she is hearing a desire for the church “to engage and lead on responding to the challenging topics of our day,” such as anti-racism, climate change, poverty and affordable housing.

Others, she says, are “saying we have to be telling the story of who God is and who Jesus is and inviting others into God’s transforming love.” Somehow congregants and church leaders are still “centring ourselves around God,” and, as the Body of Christ, “following Jesus together.”

The regional church’s executive team and executive council members have already begun the work of drafting and refining summary statements and identifying priorities. They continue to ask, “how can we say this better,” while “really listening for God in the process.”

Reesor-Keller invites prayers “as we take the next steps in refining . . . new identity statements and strategic priorities on the road towards the annual church gathering on April 29 to 30, 2022.”

“It’s a scary time and there are a lot of unknowns,” says Reesor-Keller, but there is a lot of “hopeful, forward focused” energy around who the church can be and how it can “find new purpose” as “we recommit ourselves to following Jesus in our community and our neighbourhood.”

In this year-long listening journey, she sees new opportunities, along with the strength of tradition, to rely on contributing to a willingness to be transformed and embrace new possibilities. “We don’t know what the path forward looks like, but we know we want to walk it together,” she says. 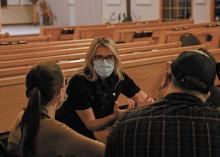 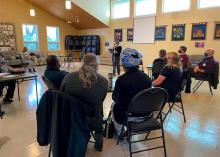 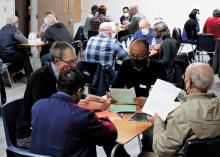