The courage to be vulnerable

Vulnerability leads to academic, personal and spiritual growth at CMU 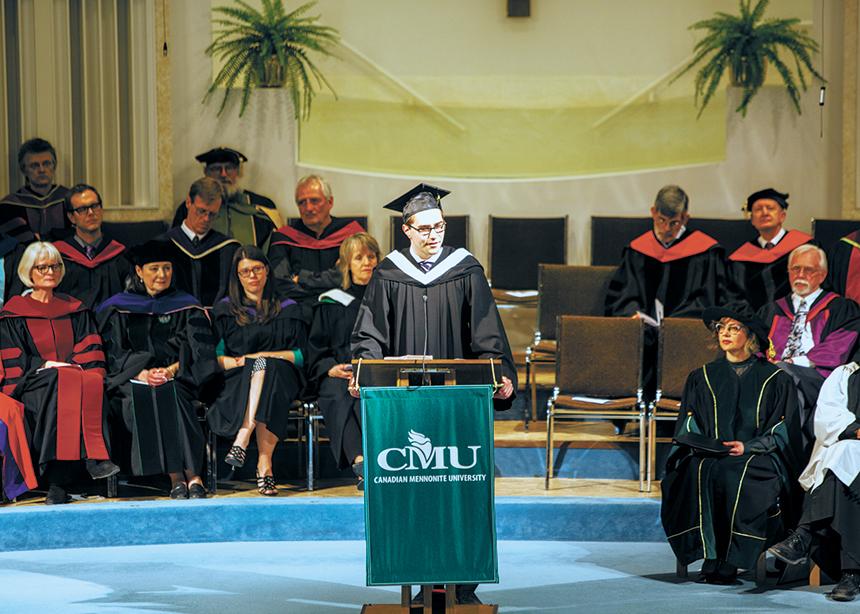 Most of us don’t like to be in vulnerable spaces. The uncertainties of those spaces leave us with butterflies fluttering around in our stomachs. Conceding power is uncomfortable. Yet, Canadian Mennonite University (CMU) is a place that exemplifies and guides us into those vulnerable spaces.

I remember taking Interpersonal Communication in my second year with sociology professor Rod Reynar. The very first class, Rod told us some of his life story. Hearing about Rod’s chronic back pain caused by inflammation around his spinal cord, and how that kept him bedridden for years, sent a strong message on its own. But his actions sent a message that would set the tone for the rest of the semester. The classroom was to be a space of sharing, where personal experiences were a valuable asset to learning. How could we students not follow suit and share of our own lives as well?

That invitation to make those kinds of connections is not isolated to a class focussing on interpersonal communication. It quickly becomes something we expect in the classroom at CMU, no matter the course. Professors constantly ask students to connect what they are learning to their own lives and to share those connections.

If you stick around CMU beyond class times, you become familiar with another place of vulnerability—the many student council events on campus. Though these events are definitely aimed at providing student entertainment, there is something else going on in these spaces. It’s obvious when you see a student perform at a coffee house, piping up on a goofy song and bringing the room to roaring laughter.

Then there are music students. They start out timid in their first recital, and blossom into fine, expressive performers by the time their grad performance rolls around.

At coffee houses, recitals and everything in between, students are opening themselves up to potential praise and critique. Yet students keep signing up and showing up. They seem to like making themselves vulnerable, and appreciate it when others do the same.

Not all acts of vulnerability are as public as the classroom or student council events, though. A space where I have seen the most vulnerability is during my time on the men’s volleyball team.

This past year, our team committed to doing weekly Bible studies. We read Scripture, watched videos of athletes like MLB pitcher Clayton Kershaw and NHLer Mike Fisher tell their faith stories, and shared our own experiences. I know for a fact that we were not the only group of students doing this on campus.

Whether through fellowship groups or late-night discussions in a residence lounge, signs of this type of vulnerability are scattered throughout campus, sometimes hidden in spaces most will never see.

What is significant about these examples is that only the first scenario involves CMU faculty or staff directly. The other examples show students choosing to put themselves in vulnerable spaces. The culture of the classrooms at CMU encourages students to be vulnerable and to walk alongside others as they do the same. This culture fosters that type of living throughout students’ lives.

We live in an age with many examples of strength associated with power and dominance. CMU, however, is a university that cultivates students to challenge the norm, to think critically about what we see in the world, and to draw our values from Scripture rather than popular culture.

The Theologies of Power course the university offers, and a reading from theologian Walter Wink’s article, “Facing the Myth of Redemptive Violence,” follow that trend. The belief that the ends can justify any amount of violent means surrounds us in films, TV shows and almost every story we encounter, but not the narrative of Scripture.

Jesus lived a life full of courage and strength, yet none of it revolved around the type of power we are used to. Instead, he showed strength through coming to earth as a child and living a life of service, and he showed courage through sacrificing his life for us. I can think of no better examples of courage and strength, and at the same time I can’t fathom any greater displays of vulnerability.

My classmates and I came to CMU as vulnerable newcomers, and as it comes time to leave, we will walk into many more situations that need vulnerable people.

Jason Friesen, 22, graduated from CMU this past April with a degree in communications and media. This article was adapted from his valedictory address. 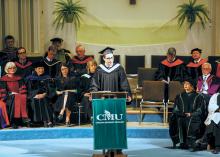 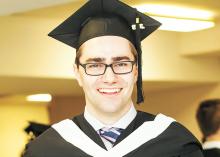 Jason Friesen was the valedictorian for CMU’s Class of 2018. (Photo courtesy of CMU) 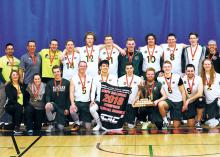 The players on CMU’s men’s volleyball team committed themselves to doing weekly Bible studies during the 2017-18 school year. (Photo courtesy of CMU)