For Kitchener folk duo Quiet in the Land, music is a spiritual, community-building practice 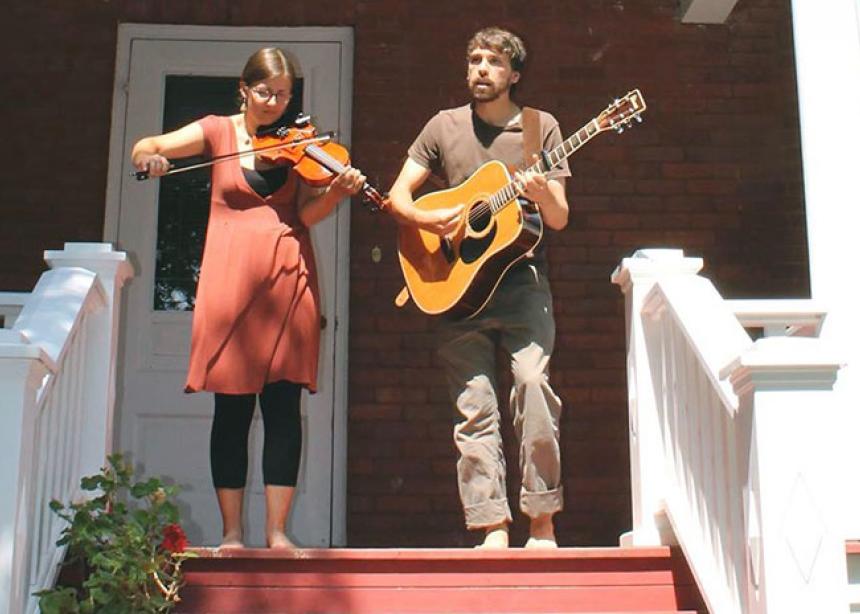 <p>For Quiet in the Land, music is meant to be participatory and community-building, an approach that was shaped by the duo&rsquo;s Mennonite upbringing. (Photo by Meg Harder)</p>

Dan Root and Laura Dyck quickly became friends after they met in the fall of 2009 and realized how much they had in common. Both were living in the Conrad Grebel University College residence in Waterloo, Ont.; both were studying international development at the University of Waterloo; and both had a deep love of folk music.

An accomplished violinist, Dyck had moved from Lancaster, Pa., to southern Ontario with her family when she was in high school. She was surprised one day to hear Root whistling a song by Stan Rogers, a Canadian folk music icon. She found out that Root, who grew up in a community located two hours southeast of Pittsburgh, Pa., played guitar and mandolin, and the two started jamming.

Soon, Root and Dyck were performing at talent shows and coffeehouses on campus under the name Quiet in the Land.  They performed covers of songs by their favourite musicians, as well as traditional folk songs. It wasn’t until the duo travelled to Lima, Peru, in 2012, however, that they began working on original material.

Both were volunteering for non-profit organizations as part of a field placement for their degrees, and both were living in the same house. Dyck brought her violin and Root borrowed a guitar, and they began working intensely on writing original material and developing their own style.

After returning to Canada and finishing university, the pair moved to downtown Kitchener, Ont., and began playing at local cafés and pubs. They also took advantage of the city’s burgeoning house concert scene, which led to many opportunities to showcase their original material.

Root and Dyck released their first recording, Songs to Set These Hills on Fire, in April 2014. The five-song EP was recorded live off the floor at the Sound Distillery in Kitchener using recording time the duo won by placing first in a battle of the bands.

The duo attribute the East Coast flavour of their music to the influence of the artists they heard listening to National Public Radio growing up in the U.S. The title is a nod to the mountains in their home state.

“Hills and mountains are something that come up in a lot of folk songs,” Root says.

“For us, they sort of bring out a certain nostalgia for the places where we grew up and first started learning this music,” Dyck adds. “It really is mountain music, and you can’t take that music too far from the mountains.”

The duo released the EP with a concert on Maundy Thursday last year at Dyck’s house. The stage was set up in between two rooms, with people sitting in a circle around the stage. It was an amazing night, according to Dyck, who adds that the EP release show is one of her favourite performances.

“By the time the EP came out, we had been performing those songs for about a year,” she says. “We were able to invite some of our musician friends on stage and perform fresh arrangements of some of those older songs. It was fun.”

For both Root and Dyck, music is meant to be participatory and community-building, an approach that was shaped by their Mennonite upbringing.

“I grew up in a church that did a lot of hymn singing, and in a lot of ways I cut my teeth as a musician playing in church,” Root says. “There’s an influence there, particularly an appreciation for harmonies, that come from the hymn singing.”

Dyck adds that she grew up in a culture that valued participation, rather than the typical audience/performer divide seen in most popular music.

“As I’ve studied international development and become more interested in the environmental movement over the past 10 years or so, I’ve really come to value music as almost a spiritual practice,” Dyck says. “[It] is countercultural in a culture of consumerism and consumption, because playing music is a process of creation.”

Quiet in the Land will perform at the At the Root folk festival in Kitchener from May 1-3. Later in May, they will record the full-length follow-up to Songs to Set These Hills on Fire. They hope to perform in the Kitchener area throughout the summer.

Their plans for the band after that are less certain. Root and Dyck are both engaged and will get married this summer, and Dyck is hoping to study in Ireland come fall.

“Being a full-time musician has not been something that I’ve really seen as my vision for the band,” Root says. “I think there’s something to not having to make money by doing music.”

For Quiet in the Land, music is meant to be participatory and community-building, an approach that was shaped by the duo’s Mennonite upbringing. (Photo by Meg Harder) 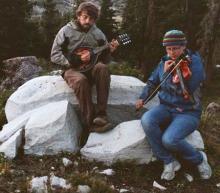 Dan Root and Laura Dyck grew up in the mountains of Pennsylvania, which has influenced the themes in their music. (Photo by Meg Harder) 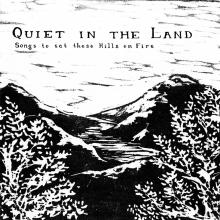 Quiet in the Land released their debut EP, Songs to Set These Hills on Fire, last year. (Photo by Meg Harder)