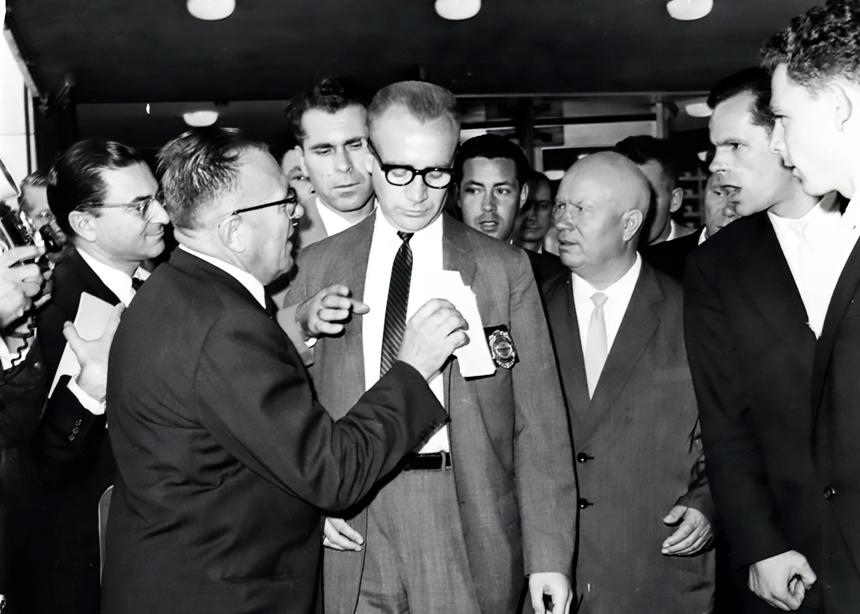 In 1944, Cornelius Penner was separated from his wife and four children in Poland. He was sent to a German work camp while the rest of the family was taken to Siberia and later Tajikistan. Cornelius came to Winnipeg in 1949, and worked at the Mennonitische Rundschau newspaper. He never gave up trying to be reunited with his family, founding the Canadian Committee for Reunification of Families Separated by the 2nd World War. In a daring attempt, he secured a reporter’s pass to a United Nations event in New York, where Soviet Premier Nikita Khrushchev would attend. On Sept. 23, 1960, Penner, foreground left, picked his opportunity to approach Khrushchev to give him a petition to release his family. But within a few feet of Khrushchev, a UN security agent came between them and a Russian agent behind the UN man grabbed the petition. Khrushchev, third from right, looked on with concern. In 1965, Penner’s wife Maria immigrated to British Columbia, and two of four children followed in 1972. Cornelius died in Abbotsford, B.C., in 1973. 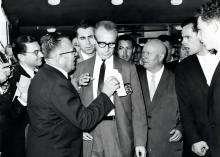 This photo is part of our family's long and miraculous immigration story. Sadly, my mother only had two months being reunited with her father before he died. By her accounts he was a nurturing and giving person. I imagine a completely overjoyed reunification between them in heaven 3 years ago :)

anna gunther living in British Columbia did something similar. she was separated from her husband 29 years and 10 months and was reunited with her husband David after she too sought to place such a petition before Khruschev. It was a significant embarrassment to the soviets, and an amazing act of courage by this single mother of three.