Parents open up on what it’s like to lose a baby, and what the church can do to help 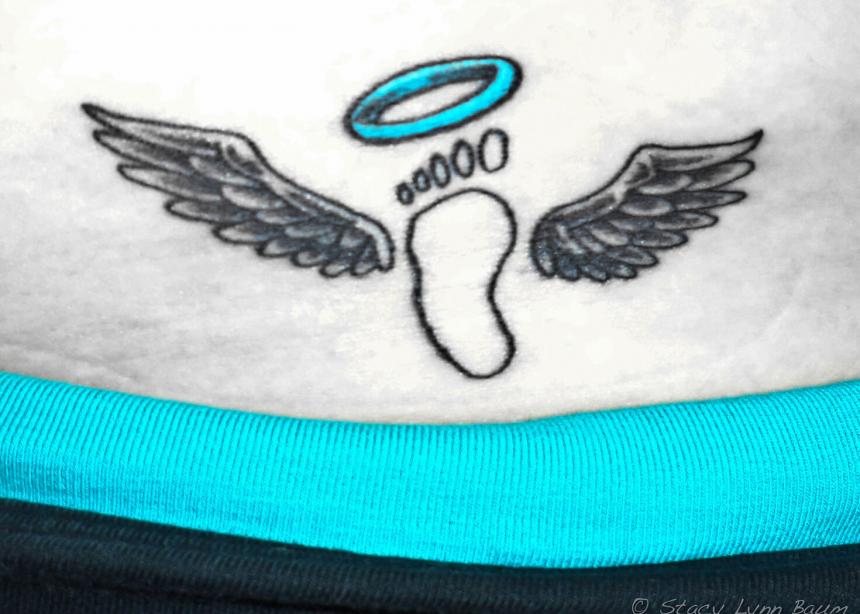 Ritual, blessing, practical care and honesty: some ways that churches can support families through pregnancy loss.

Holly (a pseudonym) began experiencing serial pregnancy loss several years ago, after the birth of her youngest son. In her mind, the words “church” and “support” don’t really go together. While she uses the word “Mennonite” nominally when necessary, she now practises what she calls her do-it-yourself religion, having given up on the idea of church as a source of spiritual care 20 years back.

For Holly, the truest spiritual care she can remember receiving during a pregnancy loss did not come from the church as such, but from a lay person. “We moved to a new community about a month before one [early-term miscarriage], and then a few months later I had another one,” she says, noting that while she and her partner were attending church, they “didn’t really receive any pastoral support” as newcomers in the community.

“The spiritual care I received was in the form of my doula, actually,” Holly says of the woman who assisted her during labour. “She was a friend from a Mennonite church I had previously attended. I asked her to come after one miscarriage, and she helped me bury the baby—like wrap him up and bless him. I asked her to bless him.”

Asked why she wanted to share her story in Canadian Mennonite, given her experience of the church, Holly responds simply: “I guess I thought that I had something to offer. And honestly I had never thought about the church before. When I think about what churches could do [to support people like me]—it took me a while to wrap my head around the question—but I think there’s a ton churches could do.”

How churches can be of help

Holly’s recommendations for how churches can support families through pregnancy loss come down to four core structures: ritual, blessing, practical care and honesty.

“Ritual is very important to me,” she says, “but there’s almost no ritual in Mennonite churches. Still, that’s not to say there can’t be. I organized my own rituals. My friend and I, we had rituals around burying the babies. We blessed the one baby before we buried him. We had rituals for remembering a year later. But churches could definitely organize something formal that recognizes a number of losses within the congregation, or they could organize, you know, a little informal gathering of women. I mean, huge numbers of women experience miscarriage, and you mostly don’t know that.”

She emphasizes blessing—both the grieving family and the lost child—and its potential comfort as a part of any ritual a church might devise.

Offering practical support is also well within a congregation’s capacity and mandate, Holly says. Providing child care, so the parents literally have room to grieve, or meals, to take off some of the weight of responsibility, are not hard things to do, she says.

“When you have a baby, a live baby, people bring meals to you,” Holly says. “When you have a dead baby, people don’t tend to do that so much. I remember with one miscarriage, I didn’t cook for a week. The corn was ready in the garden, so we just ate corn on the cob all week.”

Holly mentions friends and other women she knows who experienced losses like hers decades ago, but have still not been able to deal with them properly because appropriate space was never made for them in the faith community—space to recognize their losses and grieve as needed. The invisibility of the loss, especially for women who already have living children; the way such a loss can compromise a woman’s sense of identity as a mother, especially where there are no living children; and the need for space to experience and grieve the loss in whatever ways one needs to: all are major themes in Holly’s reflections.

‘My experience was very positive’

Lorie Peters grew up in the Mennonite Brethren Church and has been serving southern Manitoba as a doula for the last 11 years. She echoes many of Holly’s concerns and suggestions. Having worked with clients who have endured miscarriage and stillbirth, Peters says definitively: “You’re a mother regardless of whether your child was born alive or not. If you had a child and it passed away, you still became a mother and we, inside and outside the church, sometimes don’t acknowledge that.”

Peters and her husband have nine living children; she herself miscarried twice between their seventh and eighth. “I think because we’d already had children, many people often felt, you know, ‘What’s the big deal? You have seven children.’ But it was a big deal. I think especially if you already have living children, people don’t always recognize [miscarriage/stillbirth] as a loss, but it is.”

Nevertheless, Peters reports that they received excellent support from their religious community: “My experience was very positive. I was given gifts to remember the baby by, meals were provided, prayer as well, so I think this kind of thing is happening in some churches, but probably not in all churches.”

“Another place we experienced support was at St. Boniface Hospital,” Peters says. “Being a Catholic hospital, we could have a pastor or chaplain, and in that case it was somebody with a Mennonite background. She treated our experience [dilation and curettage: a procedure to clear the uterine lining after a miscarriage] as a loss of life—not just a procedure.”

Peters says that this kind acknowledgement—the willingness of others to recognize the grieved person not as a hole, the absence of something or a “blip,” as she calls it, but as the loss of what was once a positive presence, “a real someone”—was the most important support she received.

Holly and Peters agree that Christian congregations and clergy must recognize that loss takes its toll on everyone differently, but it always takes its toll. With pregnancy loss, the precise difference between fathers’ and mothers’ experiences is in itself a trial that many highlight—a strain that couples must overcome on top of the loss and in the midst of their grieving.

Holly’s husband, speaking personally, observes the following: “A mother bonds with an unborn child to a much greater extent than anyone else bonds with that little being. So I think it is a uniquely solitary sort of grief that comes with a miscarriage, at least in some cases. As a result, the grief is asymmetrical within the couple and that can cause considerable stress.”

This complicated distance between parents’ experiences of pregnancy loss is also reflected—accurately or inaccurately—in the heavily gendered way the topic is often discussed as a woman’s problem in which the husband is only peripherally implicated.

Rafael Doerksen of Winnipeg explains how the lack of a physical experience in pregnancy loss is a double-edged sword for fathers: “For me, it’s not until that baby is in your arms that you really connect. And for me, [the pain of pregnancy loss] is not the emotional turmoil of a bodily event, but the robbed joy of family excitement, community expectation, dreams built up so big so fast then ripped away so unceremoniously.

“I think what was hardest for me was when she got pregnant again. I wasn’t going to get excited just to be robbed again. When I did start to hope again, it wasn’t because I was sure, it was because God was prompting me through others that I needed to be strong and courageous, needed to trust without certainty. I was reminded that being a good husband to my wife meant sharing in her joy and sorrow equally as needed, staying open to her. I didn’t want to deal with the potential sorrow, so I was distancing myself from the whole thing, but isolating her in the process.”

As to what churches can do to help, Doerksen urges that pregnancy loss needs to be discussed more openly and more often in church, adding that this is just one issue among many of a kind. “I don’t think we in the church talk about loss well,” he says. “We say, ‘You need to pray more,’ or, ‘God has a plan.’ We make people who are angry or grieving or confused to feel as though they are failing, which runs against the whole biblical grain of how we are supposed to talk to God.”

Coming from a history in ministry, Doerksen suggests that this is a chance for clergy to step up to the plate by making public space for lament, speaking about loss more outside of opt-in support groups, by embracing the pain in their congregations and inside themselves, and by modelling a powerful and important vulnerability.

Speaking from their several viewpoints, there is one thing on which all the parents I spoke to agree: The church needs to be ready to offer or refer all kinds of support to families grieving pregnancy loss.

Recognition is an important starting point, and, for many, a way to formally acknowledge their loss in the context of church. Especially, these can be opportunities for ministers to guide the congregation in its response to families, helping to prevent the bereaved from being stigmatized for their individual reactions to pain. Equally critical, all agree, is the follow-through: from childcare, meals and mental-health supports, to creating a more caring church culture.

As Peters puts it, congregations must strive to “resist snap judgements about how parents [and other family members] grieve,” and, instead, to shoulder the difficult work of helping them to cope, to grieve and to remember.

1. If someone in your congregation suffered the loss of a pregnancy, would it be acknowledged publicly? If you’ve ever had a friend or family member cope with pregnancy loss, how did you respond? How might your response to a stillbirth be different from a miscarriage?

2. Beth Downey Sawatzky writes about Holly (a pseudonym) having a ritual around burying a baby after a miscarriage. Do you think most people would find such a ceremony helpful? Are there other rituals that people might find comforting? Why is it important to formally acknowledge our grief and loss?

3. Is it appropriate to share about a pregnancy loss during a worship service? Why might people hesitate to do so? Can you think of people who are able to embrace pain and be vulnerable?

4. Sawatzky suggests that fathers experience pregnancy loss differently from mothers. Do you agree? What are some practical ideas of how the church can offer support to grieving families? How does your congregation let it be known that individuals are in need of support? 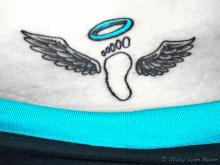 Ritual, blessing, practical care and honesty: some ways that churches can support families through pregnancy loss.