After growing up Mennonite, James DeGurse has found his home in the Roman Catholic Church 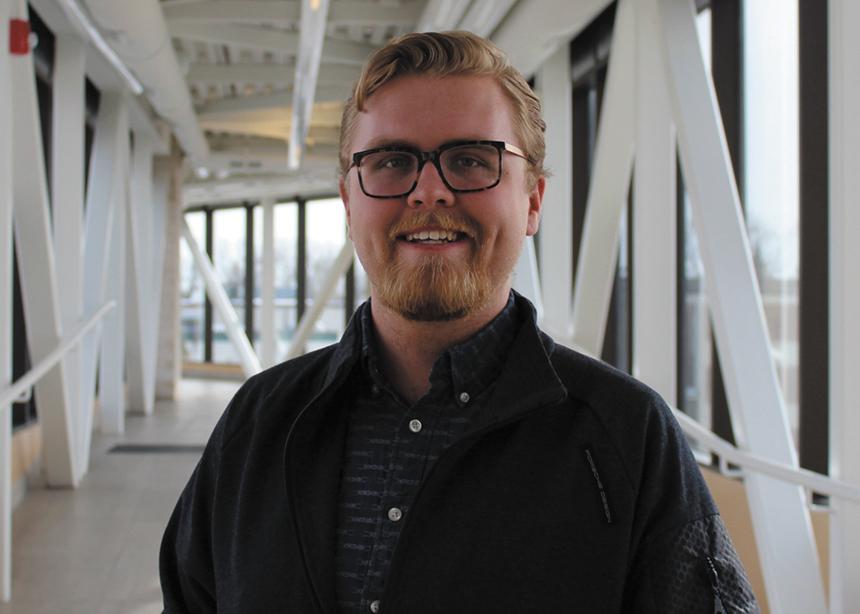 It’s not every day you meet a Mennonite whose faith journey has led him to the Catholic church, but that’s James DeGurse’s story.

Baptized as an infant in the Anglican church, DeGurse spent his formative years at Douglas Mennonite Church in Winnipeg. After worshipping at an Anglican church for a year or two, he began attending a Catholic church at the age of 18.

He formally converted to Roman Catholicism a few years ago after completing the Rite of Christian Initiation of Adults, a program for adults who want to enter the Catholic church. Now 22, he attends Holy Cross Roman Catholic Parish, located in Winnipeg’s historic St. Boniface neighbourhood.

DeGurse says his journey to Catholicism began when he was a pre-teen.

“From early on, I just really liked to read about Christianity and faith matters,” he says. “When you’re 12, you’re not reading [theologian] Karl Barth or anything like that, but you find interesting things to read on the internet, and that’s when I first started reading about Catholicism.”

One of the biggest things that attracted him to Catholicism was the way the Roman Catholic Church traces its history from the present back to the apostles of the early church. “I felt very strongly that it’s important for me to be in this apostolic community that has this historical lineage,” he says. “Christianity, at least in my mind, is not just a set of ideas or doctrines. I really became convinced it is a specific community, established by Christ, carried on throughout the centuries.”

He finds Catholicism life-giving because, at its best it affirms the physical world. He points to a quote from the famous Catholic convert, G.K. Chesterton: “In Catholicism, the pint, the pipe and the cross can all fit together.”

“It’s a sacramental religion,” DeGurse says. “There’s this idea that the world is good, that it’s good to enjoy life—to dance, to even smoke a pipe.”

The beauty of Catholicism appeals to DeGurse. “I’ve come to really like things like icons and crucifixes as ways to help me pray. I think that’s very human because we’re physical beings and because Jesus became a human being. I think it makes sense to encounter him through physical things like crucifixes.”

DeGurse is currently studying theology at Canadian Mennonite University (CMU). He enjoys it, especially having come from a public school background, where he felt faith was something people aren’t supposed to talk about.

At the same time, Mennonites have something to learn from Catholics. “I would say that Mennonites can learn from Catholics a greater respect for tradition maybe, or for the faith that’s kind of come before us,” he says. “I’m very aware of how much splintering there is in Protestantism in general, and among Mennonites in particular. So to have reading the Bible tempered by, or helped by, a strong sense of Christian tradition, I think that might be helpful.”

One of the experiences he has most appreciated during his time at CMU was when he led a worship team at Wednesday Night Worship, a weekly gathering for students living in residence. “It was just getting together with Christians [of] all stripes and just being able to worship together and to make something beautiful,” he says.

“I really liked that, especially because something like that . . . transcends doctrinal differences in a way,” he adds. “I think theological differences are really important, and it’s really important to be able to discuss them, but when you worship together, you find a unity that sort of goes beyond theology.” 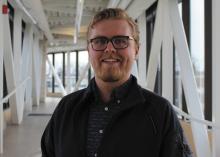 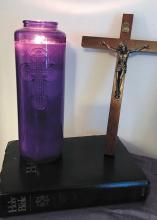 ‘I’ve come to really like things like icons and crucifixes as ways to help me pray,’ James DeGurse says. (Photo by Aaron Epp)