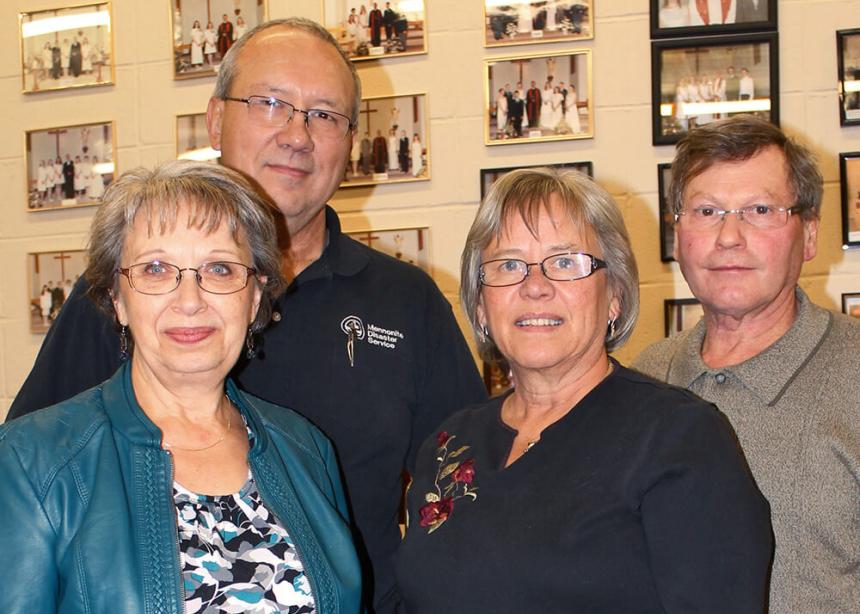 Sandra and Harold Friesen of Calgary and Linda and Jim Dyck of Pincher Creek spent the last two years volunteering as project coordinators for Mennonite Disaster Service (MDS) work in High River, Alta., cleaning up after a summer 2013 flood in Calgary and area—the worst in the province’s history—that displaced more than 100,000 people and caused an estimated $5 billion in property damage.

Until the project wrapped up in October 2015, the Friesens, who live in Calgary, spent every Wednesday working in High River, coordinating clean-up and the rebuilding of homes for those who did not have the means or ability to do it themselves.

The MDS effort in High River involved a total of 1,051 volunteers—41 percent of whom were under the age of 26—whose work has been valued at nearly $1.6 million. In total, 155 projects were completed.

“I was so impressed with the love our volunteers poured into their work and specifically showed towards the clients,” Sandra wrote. “The bonus was that most of our clients were living in the home while the volunteers worked there. That gave them an opportunity to get to know them and connect.”

Special touches to the MDS flood response came from two Calgary Mennonite churches. Trinity Mennonite became a welcoming “home base” for volunteers from far away, and provided hot meals and rides to and from the airport for the volunteers. Some members of Foothills Mennonite made quilts that were given to MDS clients.

A dessert night and fundraiser hosted by Ken and Jody Tse and the Edmonton Christian Life Community Church on Nov. 6, 2015, raised more than $5,000.

See background on the High River flood and clean-up efforts: 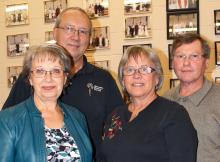