‘A compelling example of leadership’ 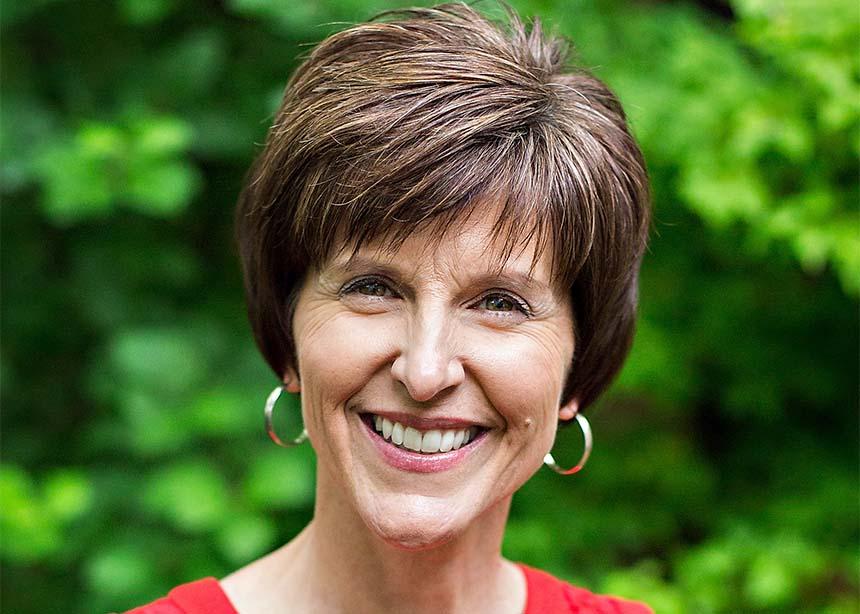 Pursuing a career in music education was a dream for Ann L. Schultz, who was always passionate about making music. Now after 30 years and on the cusp of retirement from Rockway Mennonite Collegiate, Kitchener, Ont., as a music teacher and principal, she has been announced as the recipient of Conrad Grebel University College’s 2021 Distinguished Alumni Service Award. (Photo courtesy of Ann L. Schultz)

Pursuing a career in music education was a dream for Ann L. Schultz, who was always passionate about making music. Now after 30 years and on the cusp of retirement, she has been announced as the recipient of Conrad Grebel University College’s 2021 Distinguished Alumni Service Award.

“Ann is a compelling example of leadership in the midst of challenging times and is a role model for our students who seek ways to connect their passion to a vocational calling,” says Marcus Shantz, Grebel’s president. “For her entire career, Ann has represented Grebel’s ideals. Her contribution to the church and to the spiritual, intellectual, and musical growth of teenagers is significant. For this reason, we are pleased to award Ann Grebel’s 2021 Distinguished Alumni Service Award.”

After finishing a degree in music at Conrad Grebel College (now Conrad Grebel University College), she completed a bachelor of education degree and began her teaching career at Rockway Mennonite Collegiate, in Kitchener, Ont., in 1991, becoming head of the music program there in 1997.

During the 2011-12 school year, she served as interim assistant principal and earned her Private School Principal Accreditation Part 1 from the Ontario Federation of Independent Schools in the fall of 2012. She began her role as Rockway’s principal in January 2013 and will retire from that role in December.

Schultz brought energy, passion and creativity to her role as a music teacher and choir director in a high school setting that had a strong tradition of music making. She spearheaded the first all-school musical in 1996, directing The Sound of Music and subsequently Joseph and the Amazing Technicolor Dreamcoat, Annie, Cotton Patch Gospel, High School Musical and Godspell.

In 2007, she produced the choral recording “Pieces” and participated in many choir festivals, hosting the Mennonite Schools Council festivals in 2001 and 2010.

“Instilling the love of music in my students and impressing on them how they can be messengers of a message has been an important part of being a music educator, specifically in a faith-based environment,” she says. “Additionally, I was committed to bringing an integrated approach to my music practice, exposing my students to the music of the masters, the music of the church and the music of today.”

Taking on the role of principal at a small Grade 7-to-12 school was challenging, but was a natural offshoot of her commitment to faith-based education and a way to continue to nurture her love for students.

“Having taught at Rockway for so many years, moving to the role of principal was another way I felt I would be able to advance Rockway’s mission, which has a strong emphasis of putting values into action through service and peacemaking,” she says. “Leading a school that encourages students to learn, form faith and build character has been deeply life-giving to me. It has been an incredible honour to work with so many committed and dedicated people over the last 30 years.”

As principal, it has been important for Schultz to incorporate respect, active listening, collaboration, compassion, clear communication and inclusion into her leadership practice. She sought to embrace these values as she worked in the areas of finance, human resources, advancement, admissions, program and board governance, and throughout her nine years as principal, she remained committed to honouring Rockway's mission, vision and values.

“Being a small school with such a capable and collaborative team, collectively we were able to pivot to online instruction and also find ways to build community in creative and innovative ways during such an unprecedented time,” she says.

Beyond the Rockway campus, Schultz has given leadership to Mennonite Schools Council conferences, Sound in the Land conferences at Grebel in 2009 and 2014, the 50th anniversary for the Inter-Mennonite Children’s Choir in 2018 and, over the years, has led various inter-generational choirs at Waterloo North Mennonite Church, her home congregation.

“Many of our music alumni have gone on to careers in education, and it is gratifying to see this impact in a variety of settings,” says Mark Vuorinen, chair of Grebel’s music department.

Schultz’s award will be presented at a brunch for Grebel alumni educators on March 5, 2022.

“Many of our alumni are educators,” says Michael Shum, chair of Grebel’s alumni executive. “Our committee thought that bringing alumni teachers together to share their insights and experiences would create an informative event for anyone interested in education, and allow teachers and students to connect about common struggles due to the pandemic, as well as their shared hopes for the future.” 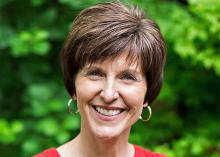 Pursuing a career in music education was a dream for Ann L. Schultz, who was always passionate about making music. Now after 30 years and on the cusp of retirement from Rockway Mennonite Collegiate, Kitchener, Ont., as a music teacher and principal, she has been announced as the recipient of Conrad Grebel University College’s 2021 Distinguished Alumni Service Award. (Photo courtesy of Ann L. Schultz)