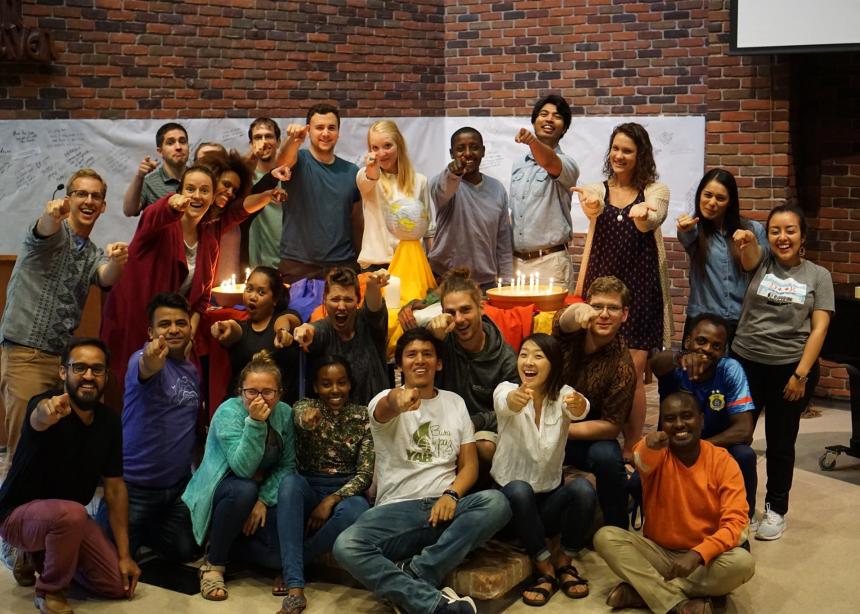 There will be news articles over the next few years about the proposals for a name change for MWC. The main concern is the confusion that exists between MWC as our global Anabaptist faith community, and the conference—or assembly—that takes places about every six years. MWC is not only a conference.

So, what is MWC if it is not just a conference/assembly? “MWC is called to be a communion of Anabaptist-related churches.”

To be a communion? This is more than celebrating communion together, but a faith community in which there is interdependence and mutual accountability across its member churches. All of the 107 national member churches that are members of MWC are in communion with each other. That is a strong way of describing these relationships, much stronger than we often think about them.

As a teenager, I remember taking very seriously the instructions about preparing for celebrating communion in my Baptist congregation. One Sunday morning, I got up from my chair during worship to make things right with a person important to me before I could settle back down and participate in the communion service.

As a middle-aged adult in senior leadership roles in Mennonite organizations, I often wonder what my responsibility is while preparing for a communion service. How do I make things right with people who disagree with decisions I have made in my work roles? Or, how might I make things right with people whom I know well, who disagree with me on how to live our deeply held values? It is not as easy as when I was a teenager and could go ask forgiveness on the spot, and we could move on.

Communion is how we describe the relationships within our various levels of church, from locally to globally. We celebrate the act of communion together as a public witness to the kind of relationship we have with each other, as members with one another. Does it change your understanding of your congregation to call it a communion? Or any part of Mennonite Church Canada? Or MWC?

Communion does not mean we all agree with each other. I sure hope not! God created our diversity so that we could be rich and strong because of our differences, not to make us all the same. Communion means we understand each other as sisters and brothers in the family of God, and we are prepared to engage deeply with each other because of this relationship. Communion is a gift of the Holy Spirit.

So let’s not talk about “going to the next Mennonite World Conference.” Let us celebrate the gift of the Holy Spirit, who brings us into communion, here in Canada and around the world. Maybe MWC will change its name to become the Anabaptist World Communion.

Arli Klassen is an MWC staff member, based in Kitchener, Ont.

Read more The Church Here and There columns:
‘I shall not be moved’
Accountability
Vaccine inequities
Connections
Year of wonders