How the church can better handle discussions on faith and alcohol 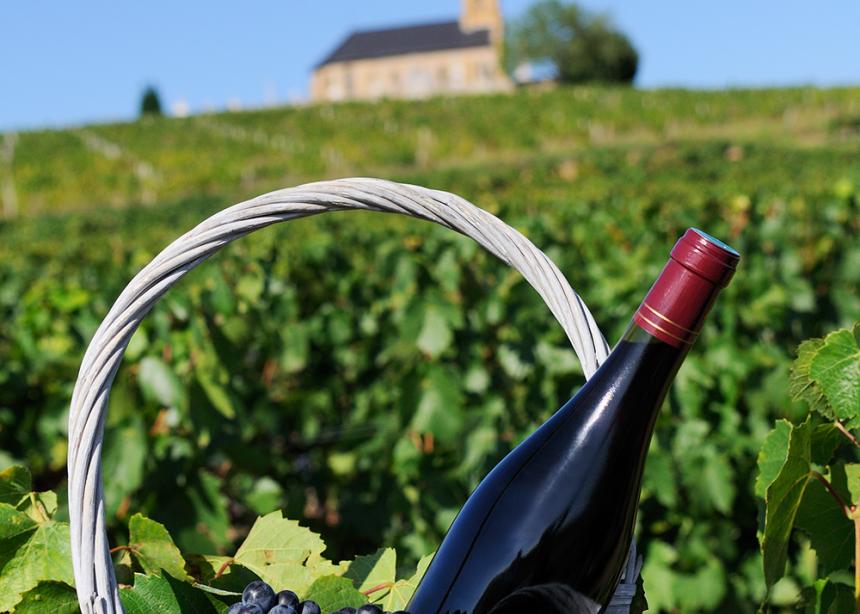 Alcohol has become ubiquitous in Canada, so much so that on April 5 even Starbucks began serving beer and wine in three of its Toronto outlets.

How does this preponderance of alcohol affect life in the Mennonite church? While there may not be alcohol in church buildings, it is certainly a part of the lives of its people. It has become the norm at wedding receptions, is brewed in the homes of more than a few church members and is served at many of their social get-togethers.

Although the vast majority of this may be benign, it is hard to find anyone who has not been touched in some way by alcohol misuse, either in their own life or that of a family member or friend.

So why is there so little discussion about it in churches?

I grew up in a rural Alberta Mennonite church with the assumption that the use of alcohol pushed at the edges of good Christian behaviour. Wedding receptions were commonly held at the church, alcohol- and dance-free. The assumption was “no, and we don’t talk about it,” even though as a teenager I was aware that there were people who drank out of sight of other church members.

Times have changed. It is now common for wedding ceremonies to be at the church while the receptions are held in venues allowing for wine on tables or an open bar. It is not unusual to be offered a drink at the home of a church member. It appears that the general assumption on drinking has shifted to “yes, and we don’t talk about it.”

So how then does—or did—faith inform our practice of alcohol consumption?

Mennonites and alcohol through the years

Leading church reformers in the 16th century, including Luther, complained about excessive drinking among Christians. In 1527, the early Anabaptists took a firm negative stance.

Article 4 of the Schleitheim Confession forbade Anabaptists from entering drinking establishments. This prohibition resulted in some being discovered and arrested or executed when they refused to drink in public places.

Complete abstinence, however, was not universally proscribed or practised. The writings of early Anabaptist leaders, such as Menno Simons and Dirk Philips, “contain many admonitions to a sober life with warnings against drunkenness based on such passages as I Thessalonians 5:5-8, [however] they did not call for total abstinence,” according to the Global Anabaptist Mennonite Encyclopedia Online (GAMEO).

There were many brewers and distillers among Mennonites in Holland during the 17th and 18th centuries, as well as among those in Prussian settlements. In many cases, brewing was one of the few occupations open to them when they were not considered citizens of the country. “In Russia, there were by 1819 several Mennonite brewers in the Chortiza colony and moderate drinking was fairly common in all the Mennonite settlements in Russia,” according to GAMEO. “However, as early as 1830 the Kleine Gemeinde, a small strict schismatic group, protested vigorously against the use of alcoholic beverages and tobacco.”

In North America, temperance movements in mainline Protestantism influenced Mennonite opinions on drinking, the GAMEO article notes: “By the early 20th century most Mennonites had become total abstainers, even to the extent of using unfermented grape juice instead of wine for the communion service.”

Article 16 of the 1963 Confession of Faith adopted by the Mennonite Church General Conference, “Discipleship and non-conformity,” states: “They regard their bodies as temples of the Holy Spirit and crucify their flesh with its affections and lusts. They therefore avoid such things as harmful drugs, beverage alcohol and tobacco.”

The current Confession of Faith in a Mennonite Perspective, adopted by the General Conference Mennonite Church in 1995, shows an attitude shift away from abstinence. Article 17, “Discipleship and the Christian life,” states: “True faith means treating our bodies as God’s temples, rather than allowing addictive behaviours to take hold.”

Both versions of the confession are supported by the use of I Corinthians 6:19.

Alcohol in the church today

Wide availability of alcohol, its cultural acceptance and even the promotion of frequent use are visible in the lives of some church members.

Ryan Dueck, pastor of Lethbridge (Alta.) Mennonite Church, grew up in Manitoba. “When I was younger, alcohol consumption was much more of a taboo in the church,” he says. “My parents didn’t drink nor did anyone in my extended family, to my knowledge. This has certainly changed over the last 30 or so years.”

While Dueck welcomes a less repressive church stance, he says, “When I see people my age or younger carelessly throwing up pictures on social media where alcohol seems quite deliberately prominent, I get nervous. The pendulum can quite easily swing too hard in the opposite direction.”

When there is lack of faith discussion accompanying social change, young people in the church are left to lean on popular culture as a main source of guidance. This is troubling.

Recent reports warn about the increasing abuse of alcohol among young people. In a March 2 report, Dr. Warren Fieldus, an emergency room physican in Nova Scotia, expressed concern about the growing number of young people with serious alcohol problems. “It worries me that people are drinking earlier and they’re drinking more on a constant basis,” he told Jean Laroche of CBC News. Fieldus has noticed that “early signs of liver cirrhosis, normally reserved for 50- and 60-year-old alcoholics, are now showing up in 20- and 30-year-olds.”

It would be naïve to assume that such a prevalent issue does not also exist in the church, so how can we begin to constructively and helpfully discuss and address the issues faithfully?

A proactive approach in the church might begin with simple discussion of the uses and abuses of alcohol.

Carol Penner, a former Mennonite Church Eastern Canada pastor who now ministers at Lendrum Mennonite Brethren Church in Edmonton, related a joke she heard from a church member. “You invite one Mennonite to go fishing with you, they drink all your beer. You invite two Mennonites, neither will drink any.”

Like many jokes, it’s funny because there is a ring of truth about it. People are concerned about what others think, and therefore do not feel free to openly discuss issues and help each other arrive at a common understanding.

The culture of silence around alcohol use and abuse needs to come to an end in the Mennonite church. Some congregations, Lendrum is one example, provide space and support for Alcoholics Anonymous (AA) groups. This may serve to bring some of the issues forward and encourage discussion.

Barry Andres, executive director of addiction and mental health for Alberta Health Services, says, “I have always found the high level of spirituality present in an AA meeting a paradox to church, which is also spiritual yet can’t talk about addiction.”

Misunderstandings around alcoholism also need to be corrected to enable people to talk about their issues without fear of rejection. The book Wasted: An Alcoholic Therapist’s Fight for Recovery in a Flawed Treatment System, was adapted as a CBC TV documentary that aired on the Nature of Things on Jan. 21. It follows psychotherapist Mike Pond’s struggle with alcoholism and his search for science-based help. Co-author Maureen Palmer writes, “The consensus among scientists is that alcohol or drug addiction, now called substance use disorder . . . . is not a moral failing but highjacked brain reward circuitry.”

Andres says the scientific community is now describing alcoholism as a disease of the brain, and that the understanding of what is behind the addiction and prevention are being understood in new ways. “The factors [including trauma and depression] are real risk factors, but not absolute predictors, just as there are protective factors [including nurturing relationships and healthy communities],” he explains.

One reason congregants don’t talk about issues with alcohol is because of the shame associated with addiction. If alcoholism was understood as a disease, symptomatic of other issues such as mental illness, trauma, broken relationships or abuse, rather than as moral failure, perhaps the discussion would be enabled and understanding offered to those affected.

Historically, neither permissiveness nor strict legalism have served the church well, as both extremes seem to negate discussion and empathy. The words of Jesus in Luke 7:33-34 warn against both attitudes regarding the use or avoidance of alcohol. Jesus says, “For John the Baptist has come eating no meat and drinking no wine, and you say, ‘He has a demon’; the Son of Man has come eating and drinking, and you say, ‘Look, a glutton and a drunkard, a friend of tax collectors and sinners!’ ”

Another is because they are immersed in two cultures, that of the dominant society, and that of their faith community. The dominant culture is always reflected in church; therefore, we need to recognize that the misuse of alcohol is part of that reflection, even though it may be well hidden.

The church does well to find a way to encourage openness and understanding, according to Andres. “We are finally reducing the stigma on mental illness so that people can ask for support for their depression or not need to hide when off work due to it,” he says, but adds, “We can’t yet do the same with addiction.”

Bible study in conjunction with a discussion of culture and current scientific understandings of addiction is an important way to move forward proactively to equip clergy and congregants to discuss alcohol use, Christian life and witness, and to ready ourselves to help each other more effectively.

Faithful and open discussion, encouragement and caring admonition between trusted people in the church, and a desire for healing and wholeness are attitudes that can serve the church well.

“Church has a big role to play in leveraging protective factors through strong community, mentoring and other supports that nurture youth development and independence.”

Besides her role as Canadian Mennonite’s Alberta correspondent, Donita Wiebe-Neufeld also serves as co-pastor of First Mennonite Church in Edmonton.

Conrad Stoesz and the Mennonite Heritage Centre in Winnipeg provided valuable assistance in researching this important topic, which is appreciated by Canadian Mennonite.

1. What did your parents, or the church, teach you about the use of alcohol? Did your community have a strong teaching of abstinence in the past? How successful was it? Have you had personal experience with the effects of alcohol abuse?

3. Wiebe-Neufeld refers to reports warning that abuse of alcohol by young people is increasing. Do you think this is true in your community? What attitude does your congregation have towards alcohol? Do you agree that neither permissiveness nor strict legalism has served the church well?

4. What are the implications of regarding alcoholism as a disease, rather than as a moral failing? How can the church encourage healthy attitudes toward alcohol? 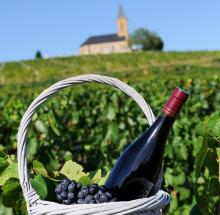