Update from Mennonites in Ethiopia, where violence persists 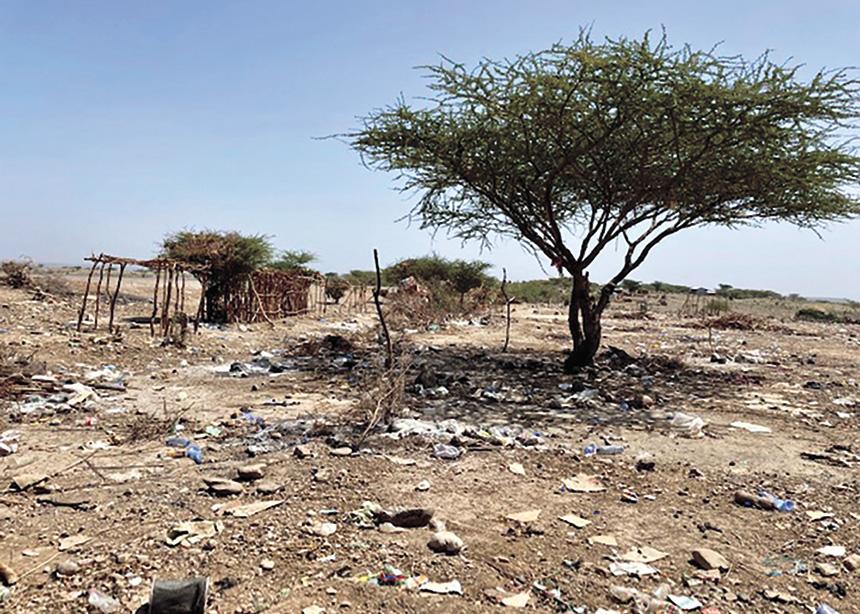 The site of a camp that housed an estimated 64,000 Ethiopians displaced by violence in Afar state last year. As the violence shifted, these people returned home. (Photo by Rebecca Mosely)

Pastor Desalegn Abebe’s message to North American Mennonites is simple. Abebe is the head of Meserete Kristos Church (MKC), the Anabaptist denomination in Ethiopia, where 17 months of civil violence has led to 12 MKC churches being burned, 44 displaced and 163 full-time ministers and their families displaced and without income.

Speaking via video link from Addis Ababa, Abebe says to his North American sisters and brothers: “Your forefathers planted MKC in Ethiopia; now we are the largest church [in Mennonite World Conference], and we are in need. Come over and help us so that we can help the needy ones among us. And pray for us that God would bring some bright days ahead for our children.”

Last October, the World Food Programme said seven million people were in “dire need of food assistance” because of the conflict. The United Nations says more than two million people have fled their homes.

The turmoil in Ethiopia deeply affects members of the eight Ethiopian congregations within Mennonite Church Canada. Many of these people are first-generation Canadians with close ties to Ethiopia.

MKC is involved in humanitarian assistance, as well as peacebuilding activities that range from peer-based trauma-healing programs in remote villages to official participation in the Ethiopia’s National Dialogue Commission.

The conflict began in 2020 as a flare-up of underlying tension between the national government and the Tigray People’s Liberation Front (TPLF), based in the northern state of Tigray. The TPLF effectively controlled the national government for 27 years after leading the ouster of a repressive military regime in 1991. But in 2018, TPLF lost power.

While the current conflict started in Tigray state, violence has shifted to neighbouring states, with various regional and ethnic militias becoming involved. A recent UN report referenced severe human-rights violations, noting that all sides were implicated. Many reports of the weaponization of rape have surfaced. Abebe also mentioned rape.

The situation is complex for MKC because the denomination includes members from all the regions and ethnic groups involved in the conflict. They live in the context of battling narratives in their country.

Abebe says that, while MKC leaders encourage churches not to take a position, but to focus on unity in Christ, this is a challenge. “I can’t deny that division is in our midst based on ethnic background,” he says. But he adds that there are also strong signs of unity and churches supporting each other.

MKC is also working for peace on the political level. Abebe and his colleagues are actively involved in conversation with government officials, about both aid and peace. An MKC member was recently selected from a pool of more than 600 nominees to sit on the 11-member National Dialogue Commission.

On the aid front, MKC’s relief and development arm is waiting its turn to be given government approval to deliver assistance to the north.

Abebe notes that another conflict a continent away is compounding suffering in his country.

Since the violence began, MCC has added emergency response to its existing work in conservation agriculture, health, water, education and peacebuilding. MCC works with various partners in Ethiopia, including MKC. Much of MCC’s emergency relief is through the Afar Pastoralist Development Association (APDA), the largest non-governmental organization in Afar state, which borders Tigray and is home to much of the worst fighting now.

The TPLF considers parts of Afar contested territory. Also of significance, the highway from Addis Ababa to the sea port in Djibouti—a nationally critical piece of infrastructure—passes through Afar. It has been a TPLF target.

Life was difficult in the sparsely populated Afar state even before the violence, say the Moselys. Many inhabitants are nomadic goat herders. Now, herds have been “decimated,” thousands of people displaced, and, in cases where people can return home once the violence shifts elsewhere, they go back to destroyed homes, clinics, schools and water systems. The Moselys say some people have been forced to flee to “remote wastelands” where there is sometimes no water. Food insecurity is rampant. Some areas are entirely cut off from aid by the fighting. APDA staff report widespread cases of stunted growth among children.

MCC is partnering with APDA on a project to provide palm-mat shelters.

Elsewhere, MCC partners with MKC to train people in trauma healing and peacebuilding. One element of this work is to help prevent a scenario in which tensions from this conflict become seeds for future conflict. MCC also assisted in organizing a national gathering at which senior church representatives from Orthodox, Catholic and Protestant denominations discussed conflict and peace.

Abebe expresses gratitude for support from Mennonites elsewhere in the world. “Many countries have given us weapons to fight each other, some have given ideas that worsen the conflict, but Mennonites in the rest of the world have given us money and courage,” he says, acknowledging a “sense of belonging” to the international faith community.

“We are one body in Christ,” he says. “If one part of our body is sick, all of our body [is] sick. If you feel that [sickness], then now is a time to join hands and help our people in Ethiopia, and in Ukraine.”

To contribute toward the ministry needs of MKC churches that have been destroyed and members who have been displaced, contact Norm Dyck of Mennonite Church Eastern Canada (ndyck@mcec.ca or 1-855-476-2500 ext. 707). To contribute to MCC’s work, visit mcccanada.ca. 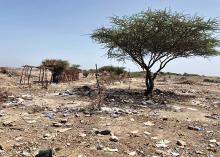 The site of a camp that housed an estimated 64,000 Ethiopians displaced by violence in Afar state last year. As the violence shifted, these people returned home. (Photo by Rebecca Mosely) 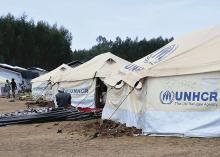 A refugee camp in Debark, Ethiopia, set up to house people displaced by civil conflict. (Photo by Paul Mosely) 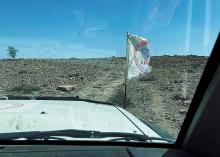 Rebecca Mosely of Mennonite Central Committee travels to meet a family who had returned home after being displaced from their home in the Afar region of Ethiopia for four months due to violence. (Photo by Rebecca Mosely)