A column about plague columns 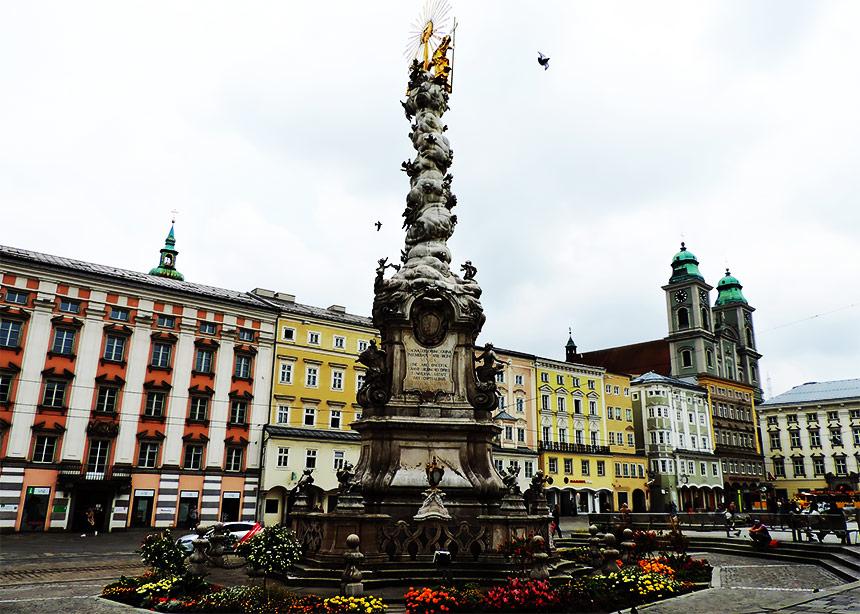 Plague columns, like this one in Linz, Austria, are a reminder that the source of salvation is God. (Image by Alfred Stier/Pixabay)

If you’ve travelled in central or eastern Europe, you may have come across a plague column holding a prominent place in a town square. Plague columns were constructed in the 17th and 18th centuries as a display of public faith in the church and in God. At the time, the Catholic church was experiencing pressures on several fronts: from resurgences of the plague, from ongoing Ottoman invasions, and from continuing conflict resulting from the Protestant Reformation.

Plague columns were designed during the baroque era, so they’re impossible to miss. They’re meant to invoke awe. Soldiers and saints, angels and demons, intertwining clouds, harps, scrolls and cherubs draw your eye upward to the sky, and ultimately to God. The images can be shocking because they don’t shy away from human pain. Images with distorted and agonized faces invoke a sense of reaching to God, or instil fear with their harsh depictions, turning the penitent to God. In contrast, serene images of saints arouse piety and righteousness, but with the same purpose, to turn one to God.

Whether attracting to God’s mercy or repelling from a horrible fate, plague columns are a reminder that the source of salvation is God. Their prominence makes me wonder what acknowledgement we’ll make when the risks of this pandemic are over.

The negative impacts we’re experiencing from COVID-19 range from minor inconveniences to paranoid purchasing habits, health concerns, plunging investments, job loss, separation from loved ones and, at its worst, death.

People have noted that during this time of disruption there can be positive outcomes as well, and that this can be a time for introspection. This can be a time to dig deep into who we are, so that we can discover what is essential to our faith, to our gatherings and to the communities that we live in. We have an opportunity for transformation as we turn to God to make sense of our experiences.

My own awakening came several weeks ago, when we lost a friend to COVID-19. As I thought about and prayed for my friend and for others who rely on ventilators, I became aware of my breath, and the breath of God, the breath of life in me.

I think that’s when I started thinking about plague columns. Since they were built, the role of church and religion in society has changed, as have our expressions of faith, tolerances for diversity and responses to threats.

When this pandemic is over, there will not be a rush to build new religious structures that credit God’s saving power. It’s more likely that human effort will be praised. But, although our societies have changed and such public displays of faith are rare, the plague column still holds a message for us.

So if you ever find yourself in eastern Europe in the future, look for one. Let it evoke in you thanksgiving and celebration of God’s presence and power to transform. Let it remind you of God’s breath and the gift of life.

Read more From Our Leaders columns:
The presence of Christ
‘Peace be with you’
In uncharted waters
Beautiful and terrible connections
Living into a new imagination 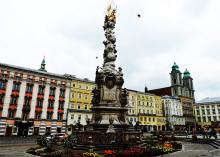 Plague columns, like this one in Linz, Austria, are a reminder that the source of salvation is God. (Image by Alfred Stier/Pixabay)