Coins count, and so do bottles 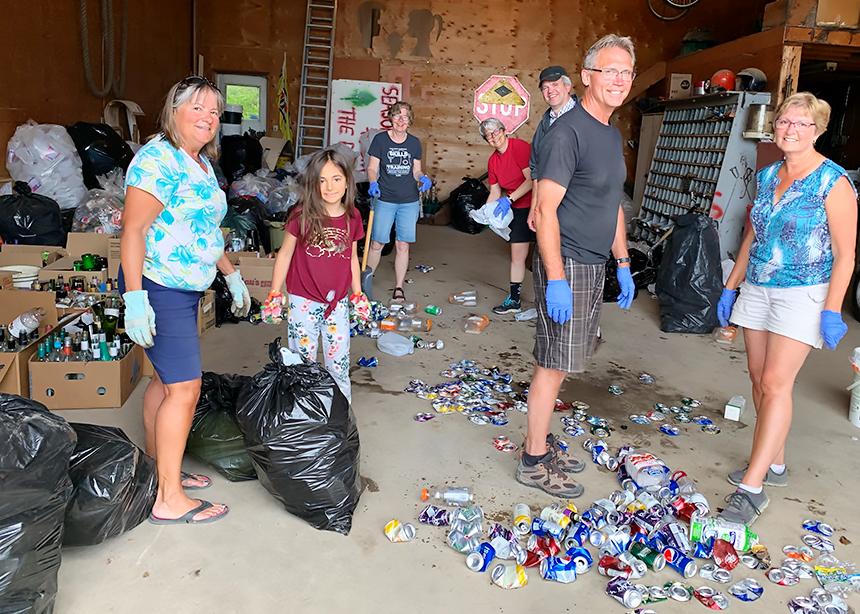 Every Saturday in May, Rosthern Mennonite Church members drove the streets of Rosthern, picking up bottles and other refundable beverage containers.

The church’s Christian education committee normally collects $700 to $800 in loose change each May for Mennonite Central Committee’s My Coins Count project. Since the church wasn’t able to collect coins at church on Sunday mornings because of the COVID-19 pandemic, it decided to hold a bottle drive instead.

It advertised on social media, asking residents to leave their bottles at the curb. People from the rural Rosthern area, Laird and Waldheim also contributed. By the end of the month, nearly 13,00 items had been collected for recycling.

Each week, the bottles were taken to Brian and Delilah Roth’s farm shop, where volunteers spent several hours crushing and sorting them.

Organizers held a pool for people to guess how much money would be raised. Perhaps not surprisingly, math teacher Lloyd Schmidt had the winning guess. Schmidt was just $14.05 shy of the actual total of $1,724.05.

Those who didn’t have bottles to contribute could leave cash donations in a bucket at the church office. In the end, the bucket held $285.75. This was added to the refund money from the bottle drive.

One member hoped the total would be $2,020 to match the year. Delilah says the group thought maybe it would top off the total to equal $2,020 just so it could donate that amount.

“It was good to see that it wasn’t all going into a landfill,” Delilah says, recalling the four pick-up trucks loaded with bottles driving out of their yard. 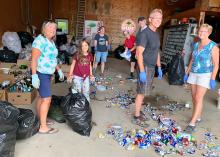 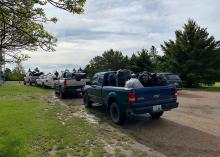 Four pick-up trucks laden with bottles and other refundable items prepare to leave the Roth farm for the recycling depot in Rosthern, Sask. (Photo by Delilah Roth) 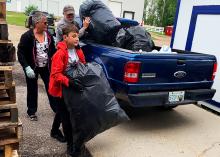