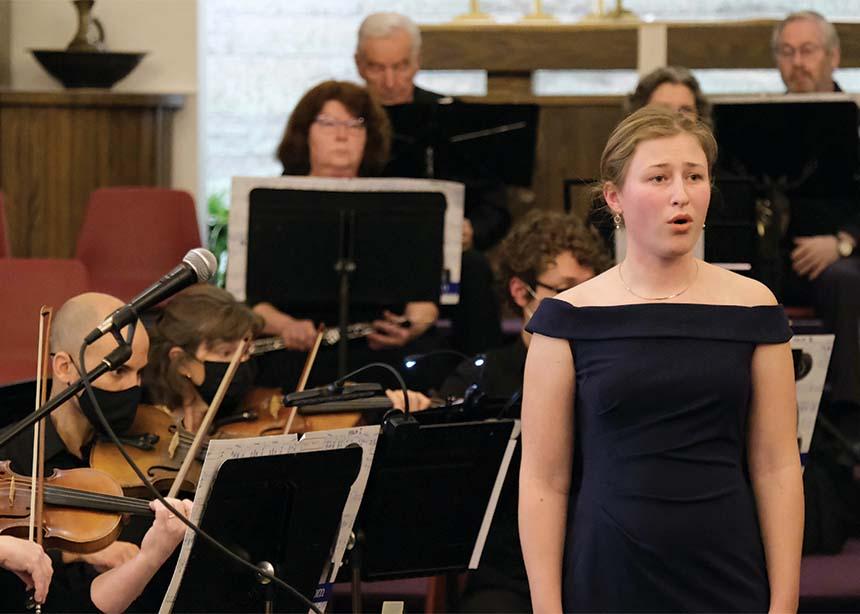 The concert was the ensemble’s first since November 2019, after which the novel coronavirus postponed all further productions.

Soprano Johanna Klassen, pictured front right, is a fourth-year music education student who won the 2021 Verna Mae Janzen music competition at CMU. She performed two selections from Mozart’s The Marriage of Figaro with the orchestra.

“Performing in this concert was especially meaningful because it was the first time I have performed to an audience since the beginning of the pandemic,” Klassen said. “It was refreshing and exhilarating to sing for real live people.”

The orchestra also premiered Prairie Sunrise, the new orchestral work composed by Anna Schwartz, a third-year CMU music student double majoring in piano performance and choral education. "This piece was inspired by the first time I saw a sunrise come up over the prairies of southern Manitoba,” said Schwartz, who is from Ontario.

“There was something about the vastness and my unobstructed view of the vibrant colours of the sunrise over the Prairies that entranced me.”

The concert was recorded and is available for purchase at mennonitecommunityorchestra.ca/. 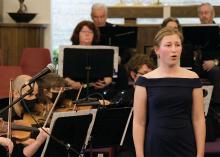