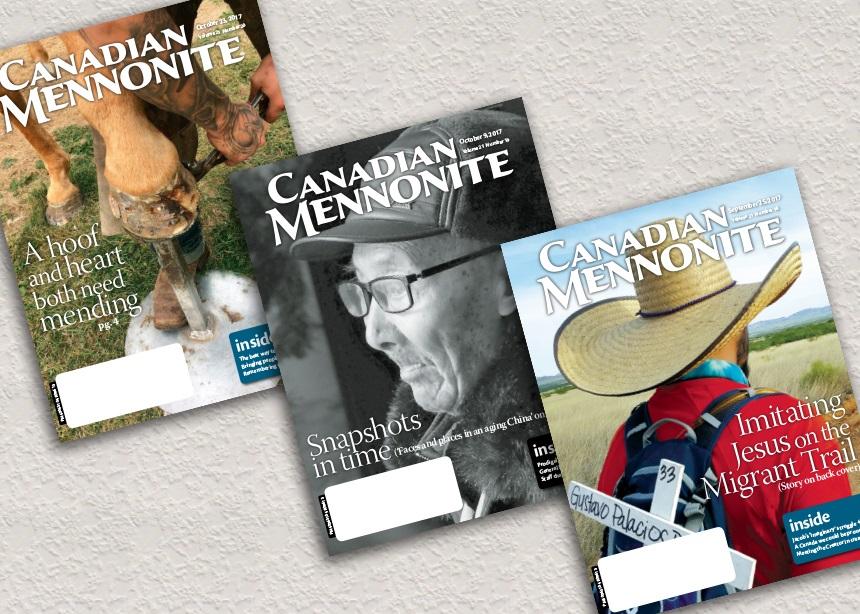 Canadian Mennonite editors Virginia A. Hostetler and Ross W. Muir were present at the Canadian Church Press (CCP) convention and awards banquet in Hamilton on May 4, and came away with five awards for work published in 2017. CCP, an association of more than 60 publications, exists to “encourage higher standards of religious journalism and a more positive and constructive Christian influence on contemporary civilization.” CM’s awards of merit are:

The collection of Mennonite Central Committee photos in the Sept. 11 issue showed students in various parts of the world and included text by Rachel Bergen.

Judge’s comment: “This set of photographs does indeed tell a story. . . . You did a wonderful job; children are very difficult to photograph. . . . I would be remiss if I did not remark on my favourite photograph in this series. It was the fifth in the series, the two girls looking at each other [by Dave Klassen]. Emotional, also the tension of the two girls is wonderful. I also notice you have managed to capture three children in the background all looking at each other. This is done subtly, slightly out of focus . . . a very professional move.”

These three successive issues had a variety of content, including letters responding to the controversial insert sponsored by Maple View Mennonite Church.

Judge’s comments: (Sept. 25 issue) “Cover: beautiful photo beautifully shot. . . . Intriguing layout by back-paging it. Creative thinking. . . . Nice clean masthead/contents page. . . . I feel for you having to run the same anti-gay letters over and over . . . . You could say that unless letters add to the debate, they won’t be published. Either side.”

• “Making space for the Spirit,” by Virginia A. Hostetler (Editorial-Magazine, second place).

In the wake of church-wide deliberations on same-sex marriage, this Sept. 25 editorial explored the way forward for respectful conversations.

Judge’s comment: “Continues the discussion of the real takeaway from the Being a Faithful Church assembly by raising questions about how the church will create a space for difference. Asks readers to think about two questions to see a way to allow those differences no matter how they may contradict (or even offend) their beliefs. Well structured and thought provoking.”

This feature in the Oct. 9 issue told the story of Lee Hiebert, a new pastor who was welcomed and mentored by elders in his life.

Judge’s comment: “You created a strong structure with an engaging opening that comes full circle at the end. You acquaint readers well with the subject of your profile.”

• “Thine is the kingdom, the power and the glory,” by John D. Rempel (Biblical Interpretation, third place).

In this feature, the author reflected on Eternity Sunday. It appeared in the Nov. 6 issue.

Judge’s comment: “It helps to understand that this article was adapted from a sermon addressing a particular day in the church calendar—the day to remember those who’ve died and to confess hope in the life after death. It’s a sermon that adapted quite well to print. [The author] brings biblical rhythms and resonance to a presentation that embraces personal experience and demonstrates expository breadth discussing a rather tricky bit of scripture (Revelation 7:13). And he ends with a hopeful call to ethical action. Bravo.” 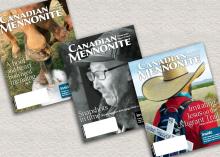