Climbing toward a greater unknown 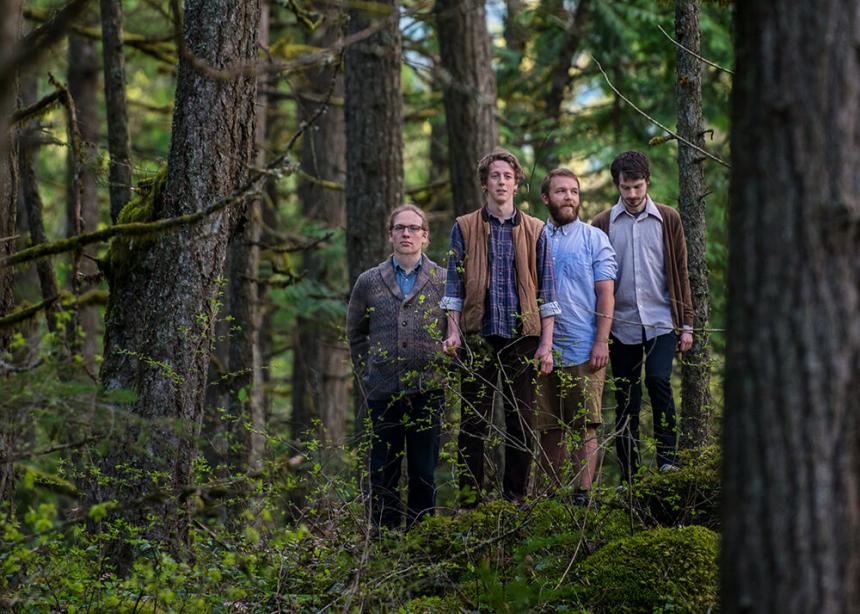 Spending time with his band mates is one of the first things Oh Village singer/pianist Scott Currie mentions when asked about the best part of making Ocris, the band’s second full-length album.

“My favourite part of the week was Friday mornings,” the 21-year-old says. “Every Friday morning we would get together and just talk and hang out. Sometimes we would have breakfast and chat and discuss things not related to music, and just get to know each other as people. . . . Since the album’s [been] finished, that’s kind of one of the main things I miss.”

The members of the Abbotsford, B.C.-based band, which is rounded out by guitarist Matthew Jake Janzen, bassist David Dueckman and drummer Stephen Dahl, have forged their friendships through music after getting to know each other at Emmanuel Mennonite Church.

The band, whose members range in age from 21 to 23, began conceptualizing Ocris in the spring of 2014. By fall, the band was holding eight-hour practices four times a week to flesh out the musical motifs Currie came up with into fully-realized songs.

“We basically worked non-stop from September 2014 until the day we went into the studio in June 2015, so it was over a full school-year’s-worth of just non-stop writing and creating,” Currie says.

The band recorded the 14-song album at Afterlife Studios in Vancouver with recording engineer John Raham. For Currie, it was a great experience.

“I just love being in the studio. That’s my favourite thing at this point. I love recording,” he says, adding that the options available to musicians in the studio appeals to him. “You can just kind of play around all you want.”

At its core, Oh Village’s music is piano-driven rock with a heavy emphasis on melody and hooks. The band members, all accomplished musicians in their own right, augment that core sound with a variety of instruments, including timpani, vibraphone, trumpet, euphonium, cello, viola and violin.

There is a lot going on throughout Ocris, both musically and lyrically. Taking its name from a Latin word meaning “rugged mountain,” Ocris is a concept album that explores the struggle of trying to make sense of the world.

“We are always working towards a summit we think we need to reach, but often if and when we get there, all we see is a greater height we wish to conquer,” the band explains on its Bandcamp site. “Ocris is about climbing one of these mountains, the constant questioning of why and how, and how those questions impact the journey itself. When the questions finally produce answers, they inevitably also produce more questions, creating an endless hike up. There is always going to be some greater unknown, which means there really is no true summit to Ocris, only an acceptance of where we are and of the questions we still have, and a desire to keep moving forward.”

Currie and his band mates came up with the concept and exact flow of the album before writing a single note of music, an unorthodox writing style that nonetheless yielded positive results.

The band released the album this past January. With a brand new album to promote, one would think Oh Village is preparing to tour this spring and summer, but that’s not the case.

“Our online activity and our performance activity is at an all-time low, which, from a business standpoint, is the stupidest thing to do following the release of your album,” Currie says with a chuckle. “We’re on an indefinite hiatus at this moment.”

Dahl is working at a ski hill in Invermere, B.C.; Dueckman is studying biology at the University of the Fraser Valley; Janzen is studying music at Kwantlen Polytechnic University; and Currie is employed at a nursery in Abbotsford and working on solo material.

Currie says all four band members want to keep the possibility of future performances open. In the meantime, people can enjoy Ocris. 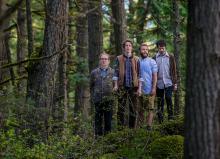 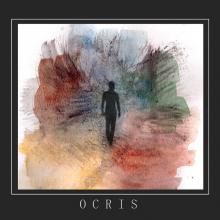 I'm not an oma but I LOVE this album. These guys are so talented and the album has depth to it that belies the young age of these guys. I highly recommend it!