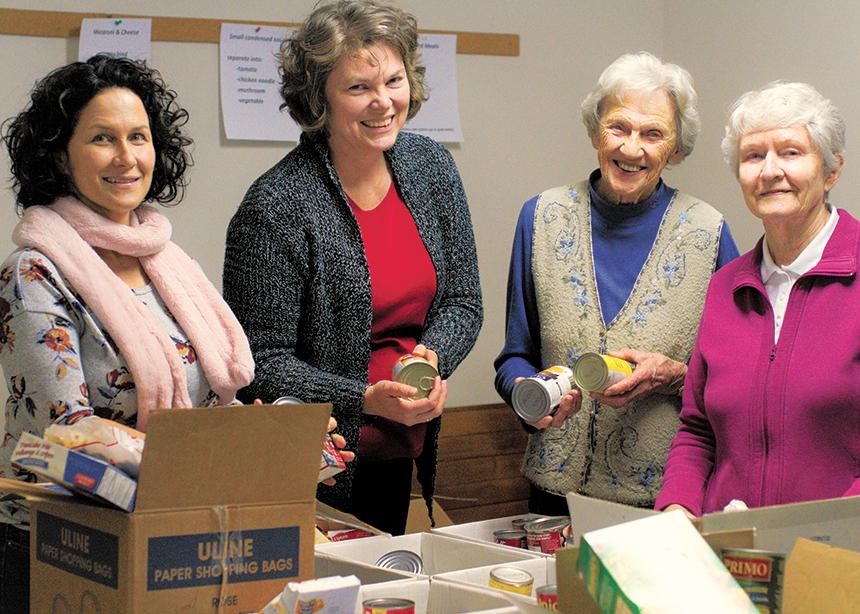 Things seemed to be business as usual, but there was something new happening here.

Nestled just north of the four corners, past the Tim Hortons and Danielle’s Soft Serve, is a small building with a gravel parking lot and a sign by the roadside that reads “Harrow Mennonite Church.” It was windy outside, but otherwise quiet. Inside, though, it was a different story, with chatter and a spirit of cheer among people gathered around and surrounded by cardboard boxes.

The boxes were filled with non-perishable food donated by local wineries, public schools and other local initiatives, for the Harrow Foodbank, an effort of the local Society of St. Vincent de Paul chapter that provides baskets of non-perishable food items to more than 50 local families in need throughout the year.

And while it is a necessary service, the food bank had needs of its own. Formerly housed in the local Catholic church, the charity was forced to relocate to a soccer field concession booth when a section of the church had to be torn down. The new space was not ideal for receiving, sorting or shipping donations. This situation led to a unique partnership and opportunity for people to serve in a new, energizing way.

“Isn’t it part of our goal to be involved in the community?” wondered Margaret Wieler, a feisty octogenarian sorting cans of beans and checking best before dates in an unused Sunday school room at Harrow Mennonite. The room had been transformed into something of a production line for sorting cans and other food items. “This is our way of doing it as a small church. We’re trying to support the mission of the food bank,” she said, answering her own question.

With just over 20 regular congregants, Harrow Mennonite is indeed a small church, but the effort it is making through this local partnership is a big one. With ads in the local paper and online, more and more food arrived in the days leading up to Christmas, meaning more work for this rural congregation.

“This is a congregation that really likes to do things,” said Pastor Karen Sheil, who has led the way into this joint effort through intentional conversations with the food bank and with the help of volunteer coordinator Elaine Lepp in finding lots for the whole congregation to do.

Sheil described sorting parties at which groups of volunteers spanning generations get together to sort and pack boxes for monthly distribution. “We’re reconnecting with folks who have been less active and engaging younger people a bit more,” she said. “Youth with connections to the church are interested in helping. Everyone can get involved but not everyone has to be involved all the time.”

While there can be organized groups that come in to sort, Sheil is also encouraged by the possibility of what she describes as “drop-in volunteering.” Members can get into the church when they have some time to spare and sort the food when it works for them. This makes volunteering even more accessible for people with unusual schedules or for seniors who are able to work for shorter periods of time. The flexibility and energy around such a fruitful partnership have made this effort appealing to every demographic.

When asked about any significant challenges in taking on this effort, congregant Elaine Lepp couldn’t think of any. “It’s interesting because more and more people seem to be coming out of the woodwork,” she said. “People ask me about this when I’m at the grocery store and the bank, and they want to know how they can help. It’s opening a door to other interested people.” 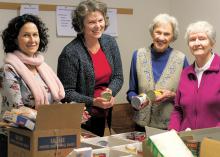