South African President Jacob Zuma reminded his followers that Africans had religious beliefs long before the arrival of Christian missionaries in the 18th and 19th centuries. 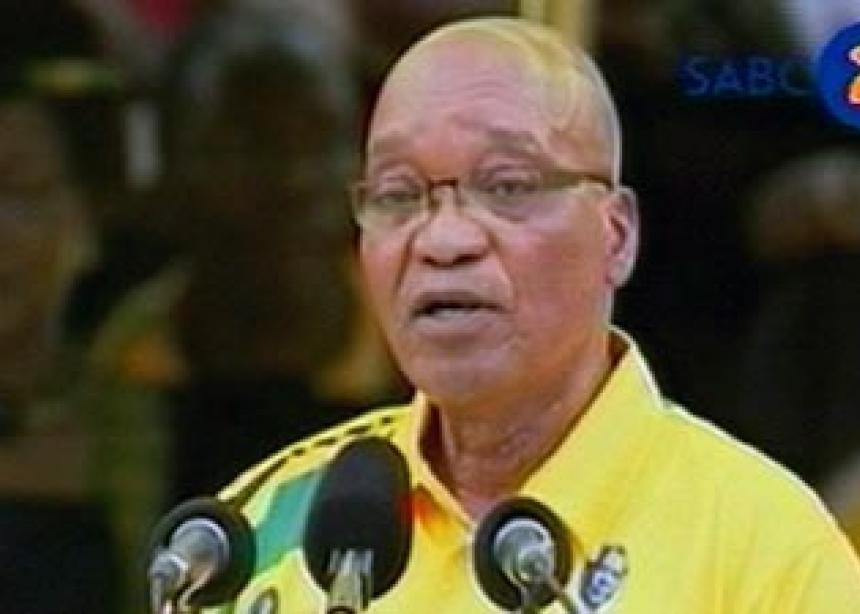 South African President Jacob Zuma: "But our roots are Christian and they will shine through whatever our present problems."

The Christian roots of the African National Congress (ANC) were cited during weekend celebrations in South Africa marking the centennial of Africa's best known liberation and political movement. More than a dozen African heads of state and representatives from around the world attended to honor the movement that eventually overcame the apartheid system of racial segregation.

On Jan. 8, hundreds packed into the recently-renovated Waaihoek Wesleyan Church in Bloemfontein, where the ANC began. The church echoed with the haunting sounds of the anthem "God Bless Africa" and stomping feet before ANC Chaplain General Vukile Mehana began an hour-long service.

The movement was founded by Christian pastors, mission-educated journalists, lawyers and social workers on Jan. 8, 1912. Bloemfontein, about 200 miles southwest of Johannesburg, was the center of white Afrikaner power in a country ruled exclusively by Europeans until ANC leader Nelson Mandela became president in 1994.

Mehana noted that "we are ... having the main service for all religions here. We are all one family of the ANC, all of us from various faiths."

During a radio broadcast delivered on the South African Broadcasting Corporation (SABC), retired (Anglican) Archbishop Desmond Tutu, a Nobel Peace Prize laureate for his efforts against apartheid, said he hoped the ANC would remain true to its origins.

He added, "Christianity is embedded in our movement. The first four Presidents of the ANC were devout Christians and one of the best known of all was the late Oliver Tambo (1917-1993) who remained a devout Anglican all his life."

However, outside the church, South African President Jacob Zuma reminded his followers that Africans had religious beliefs long before the arrival of Christian missionaries in the 18th and 19th centuries.

Zuma, a traditional leader from Natal and scion of the once powerful Zulu nation that dominated central and southern Africa in the early 19th century, led the slaughter of a black bull during a "cleansing and thanksgiving ceremony" conducted by traditional healers who are known in Africa as "n'angas."

The site featured a giant portrait of Mandela, who at age 93, was too frail to attend the celebration.

Last month, Zuma blamed 19th century Christian missionaries for Africa's main problems, saying they had dismantled traditional ways. "As Africans," he said, "long before the arrival of religion and the (Christian) gospel, we had our own way of doing things."

"We have heard criticisms about Christianity from President Zuma many times," Pataki told ENInews, "and always answered them. Today, South Africa is a secular society with a wonderful constitution extending full democratic rights to all religions, all people, all ways of life. But our roots are Christian and they will shine through whatever our present problems."

He said that the centennial coincided with the death of Ilse Naude, the 98-year old widow of Afrikaner theologian and anti-apartheid activist the Rev. Christian Frederick Bayers Naude, who died in 2004.

"I attended her funeral [on Jan. 7] at a Dutch Reformed Church in Johannesburg and the South African Council of Churches honours this great Christian woman who gave such support and strength to her husband at a time when whites who supported the black struggle for freedom were few and far between and whose lives were constantly in danger," Pataki told ENInews.

About 73 percent of South Africa's population of 50 million identifies as Christian, with about 15 percent following traditional religions.

South African President Jacob Zuma: "But our roots are Christian and they will shine through whatever our present problems."