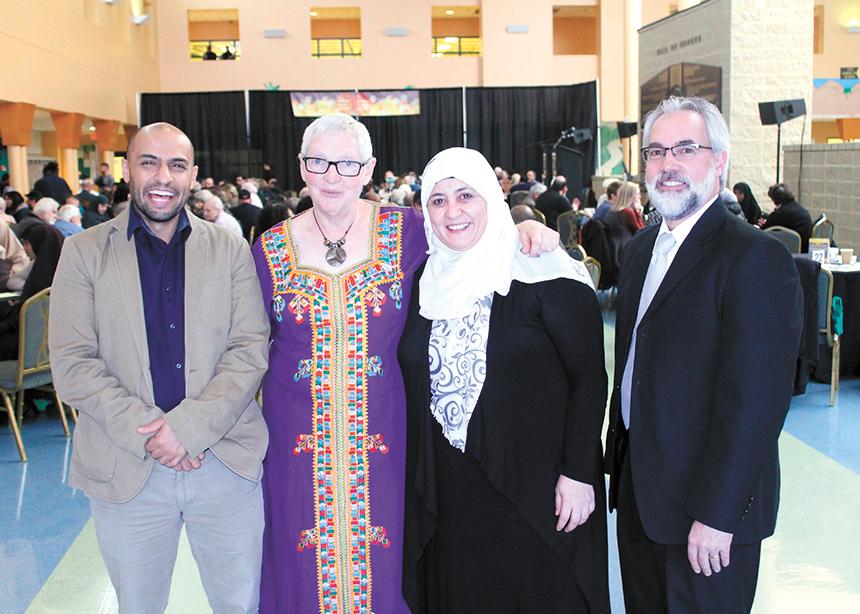 For the first time in its six-year history, the annual Christian-Muslim dialogue in Alberta held an event in Calgary as well as in Edmonton.

On Oct. 25,  2018, Trinity Mennonite Church hosted an evening presentation by Wes Thiessen, who holds a doctorate in Islamic history. Dale Ibsen of A Common Word Alberta, which sponsors the dialogues, followed up by moderating a Q&A session. Eight of the 30 participants were Muslims and were able to add a personal touch to the conversation, making it a time with, rather than about, each other.

Jake Froese, one of the organizers of the Calgary event, said that he and Will Loewen, Trinity’s pastor, were “rather pleased with the outcome. Wes communicated very well and was well received.”

Froese sees a need among churches for good information about Muslims. He references Jesus’ comment after reciting the Greatest Commandment in Matthew 22:39: “The second is like it; Love your neighbour as yourself.” It is hard to truly love your neighbour when you do not know them, Froese said.

In an email response to the question, “Why is an event like this important?” Thiessen emphasized the need for relationships. “Events like this are important because they start a conversation between two groups. . . . As we are all creatures of God, who we are instructed by Christ to love, we can best do that by beginning to converse with each other. Starting a conversation will hopefully help to reduce fear and ignorance.”

The Al-Rashid Mosque hosted the annual Edmonton dialogue event on Oct. 27. This event regularly features both Christian and Muslim speakers, as well as significant roundtable discussion times for participants of both faith groups to get to know each other and share their thoughts.

Thiessen was the Christian speaker, and Zaid Al Rawni, chief executive officer of the Islamic Relief Canada charity, spoke on behalf of Muslims. For the first time since the event began, Muslim participants outnumbered Christians at the Edmonton event.

Mennonite Church Alberta worker Donna Entz posted on Facebook: “One person shared that he was glad it was a dialogue and not a debate. Me, too.” Entz’s work in building bridges between these faith groups in Edmonton has resulted in significant respect and cooperation among groups and individuals, enabling understanding, compassion and friendships that have produced practical results. The most obvious example was the good relationships and trust developed prior to the Syrian refugee crisis that enabled efficient cooperation among organizations in responding to refugee needs.

Asked about his hopes for the future, Thiessen wrote: “I dream of one day Mennonites and Muslims learning about each other and sharing faith, in order to help each of us along in our spiritual journeys. Through interfaith relations, we learn as much about ourselves and our own faith as we do [about] the person with whom we talk. I have learned so much about God and my faith in this way, and trust that others will also.”

“Muslim faith and practice” and “What Muslims believe about Jesus” are two courses by Wes Thiessen that are available online at lunis.online/courses. 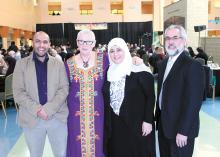