Celebrating the resilience of Mennonite women 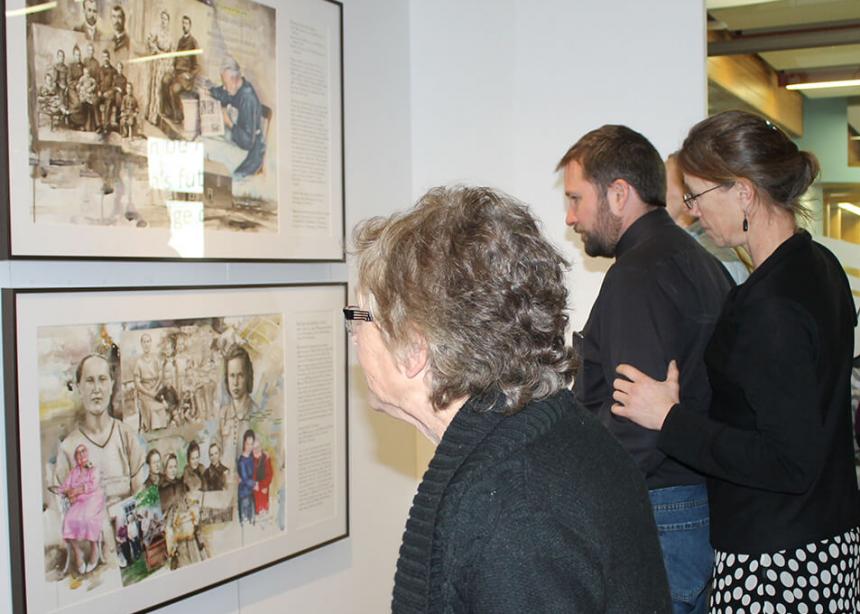 There are courageous women around every corner, especially at the Diefenbaker Canada Centre in Saskatoon, where the 26 paintings of Ray Dirks’s Along the Road to Freedom exhibit are currently on display.

Wanting to give Dirks’s paintings a local context, the Mennonite Historical Society of Saskatchewan and Mennonite Central Committee (MCC) Saskatchewan partnered with the Diefenbaker Canada Centre to produce a secondary exhibit called Flight and Resilience: Mennonites of Saskatchewan. This exhibit features photographs and artefacts from the lives of three Old Colony and Bergthaler women who, like the women featured in Dirks’s paintings, lived lives of faith and courage in the face of extraordinarily difficult circumstances.

The music of the church provided hope and encouragement in these women’s lives. Several hymns from the era were featured during the opening ceremony, sung by Sine Nomine, a male quartet from Nutana Park Mennonite Church in Saskatoon. “Welt Ade” is a hymn sung in unison at conservative Mennonite funerals. Since written music for this hymn could not be found, quartet member John Elias wrote out the melody from memory and harmonized it for male voices.

“This is what we have added to the [Mennonite historical] narrative,” said Jake Buhler, president of the historical society.

Reminding the audience that women still face challenging circumstances today, Claire Ewert Fisher, former executive director of MCC Saskatchewan, spoke of the current refugee crisis and introduced Doha Kharsa, a Syrian woman who came to Canada as a refugee a little over a year ago. Kharsa talked about her own flight from war and terror, and her desire for a peaceful life in Canada.

Along the Road to Freedom (a project of Mennonite Church Canada’s Mennonite Heritage Centre Gallery) and Flight and Resilience can be seen at the Diefenbaker Canada Centre until June 19, 2016. 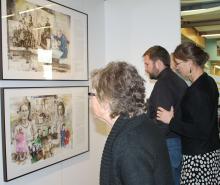 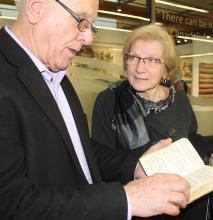 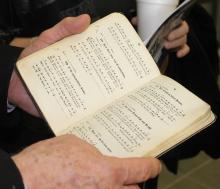