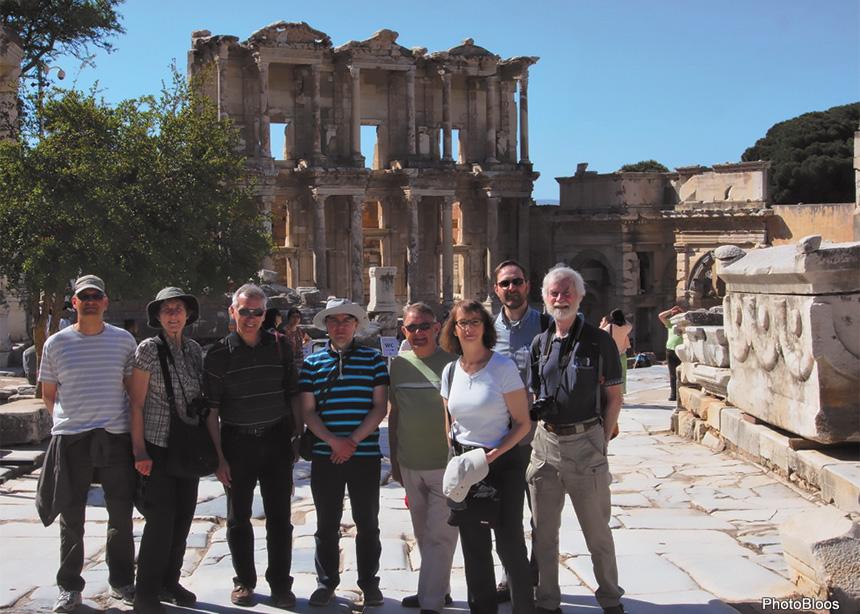 Julien Hammond, mission engagement senior lead at the Catholic Archdiocese of Edmonton, says that, although the Catholic church is a huge denomination, it needs Mennonites to help it grow in its understanding of peacemaking. He adds that part of the Christian journey is working towards reconciliation, saying that Catholics and Mennonites have historically had a rocky relationship, so true reconciliation involves the healing of memories, which best happens in relationship.

Kevin Guenther Trautwein, a Mennonite Brethren pastor, admires the huge Catholic umbrella that covers so many groups, like Franciscans and Jesuits, and diverse cultures from all around the world. “There is great diversity in the Catholic church, and Mennonites can learn from them.” He points out that Mennonites tend to splinter when they have differences, while Catholics have remained unified.

Edmonton Mennonites and Catholics have had a special and unique relationship for the last decade, which they were hoping to celebrate in 2020 but were unable to do so due to COVID-19. The dialogue group, which meets monthly or bi-monthly, also holds a large public forum annually, and members from both denominations participate in joint activities and attend conferences together.

The initial vision in 2010 came out of the realization that many of the Christian social-justice ministries in the city sprang from Catholic and Mennonite initiatives, so they explored working together. There was also an interest in growing closer together in Christ.

Sister Gertrude Sopracolle says her heart “burns with desire for unity among Christians,” and the dialogue group was a chance to see this happen.

On March 23, 2010, a small group of Mennonites and Catholics gathered at Lendrum Mennonite Brethren Church (now known as Lendrum Mennonite Church but still an MB congregation) to consider engaging in a theological dialogue. They began with a study of “Called together to be peacemakers,” a report compiled by representatives of the Catholic Church and MWC between 1998 and 2003. The members took a thematic approach as they completed a seven-week series.

But, according to Hammond, their attempt to discuss theology resulted in a lot of dead air.

It was decided that, before discussing more theology, they needed to build trust and get to know each other as brothers and sisters in Christ. This was the beginning of a series of events at which both groups shared their personal faith stories and how Christ called them as disciples to serve in the world.

Sopracolle says these stories really changed her initial misconceptions that the divisions and differences between the two groups were deep ones. “Meeting after meeting, I recognized that we were very close to one another in both our faith and how it influenced how we lived our lives,” she says.

Ike Glick of Holyrood Mennonite Church says the dialogue has been a refreshing and surprising journey towards mutual respect. He has surrendered his suspicions and appreciated the freedom to talk openly, saying, “Since we both claim to be followers of Jesus, it’s hard to defend the centuries-old practice of avoiding each other.”

As the group grew closer, it broadened its approach to include historical and denominational stories as told from both perspectives. Although some topics were not revisited—like baptism—others were repeatedly discussed, including peacemaking, Indigenous relations, environmental justice and martyrdom.

Meetings, which were followed by fellowship and food, alternated between Mennonite and Catholic church buildings. Works like Martyr’s Mirror by Thieleman J. van Braght and Laudato Si’ by Pope Francis have been studied over the years.

A highlight for both groups has been Mennonite-Catholic hymn sings.

Hammond says he will never hear the hymn “Now Thank We All Our God” in the same way again, after a Mennonite told the story of Mennonites leaving Russia under duress, and how, as soon as they left the train, the entire group began to sing this hymn.

A study tour to Turkey, a reflective prayer walk along the banks of the Edmonton River Valley, a pilgrimage “in the footsteps of St. Francis,” and multiple Bridgefolk events, where Mennonites and Catholics get together for deep-level conversation and worship in different locations across North America, are but a few of the shared activities experienced in this pioneering ecumenical group.

Advice the group has received through various writers are:

Says Sopracolle, “The bonds among us grew stronger with each gathering, and we’ve loved coming together.”

This article appears in the March 15, 2021 print issue, with the headline “‘The bonds among us grew stronger.’” Do you have a story idea about Mennonites in Alberta? Send it to Joanne De Jong at ab@canadianmennonite.org. 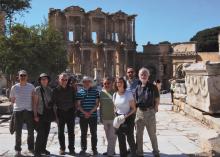 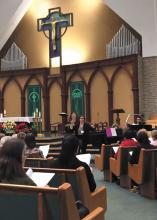