‘Joyful celebration’ despite absence from campus due to COVID-19 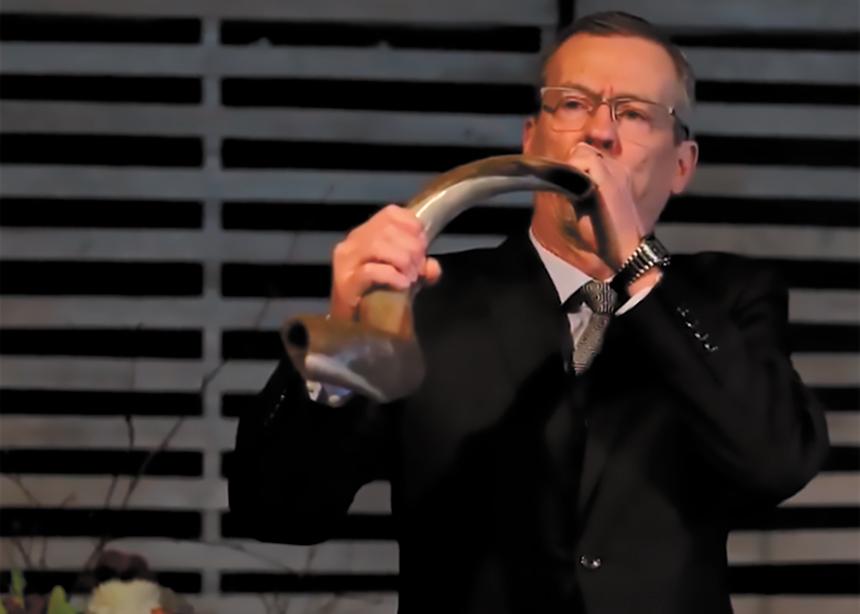 Graduation for Columbia Bible College’s class of 2020 looked a little different this year. Rather than proudly walking across the stage in cap and gown to receive their diplomas, the graduates took part in a virtual online commencement ceremony on April 18. The college had dismissed classes earlier in the year due to the novel coronavirus pandemic.

“This graduation is like none other in the history of Columbia,” said Bryan Born, the college’s president, in his opening remarks. “Even though we cannot gather together in a large auditorium, we want to joyfully celebrate with our 2020 Columbia graduates.”

In his address, Ken Esau, a biblical studies professor, urged the graduates to “seek first God’s kingdom” in all things, including summer plans and future vocation and educational goals. Esau blew a shofar (ram’s horn) three times during his speech to illustrate the three purposes the ancient Hebrews sounded it for:

Included in the program were class member Wes Braun performing an original song based on Psalm 140, and an address by valedictorian Jessica Stefick, who said that, in light of the current global situation, she found herself caught “between excitement and lament, a sacred tension.” She talked about finding herself taking three postures—remembrance, gratitude and hope—even while feeling a sense of incompleteness. “God is faithful in a time such as this,” she said.

Each graduate was honoured with a display of their photo and a listing of the certificate, diploma or degree earned.

The ceremony concluded with a benediction by Stan Bahnman, retiring dean of students. “We are grateful to have journeyed with you and are excited for what God has in store for you in these coming days and years,” he said. 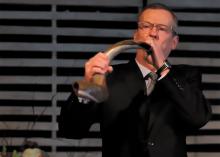