Jewish comic says she's encountered no tension in mixed Muslim/Jewish audiences. In fact, she said, tensions tend to melt away 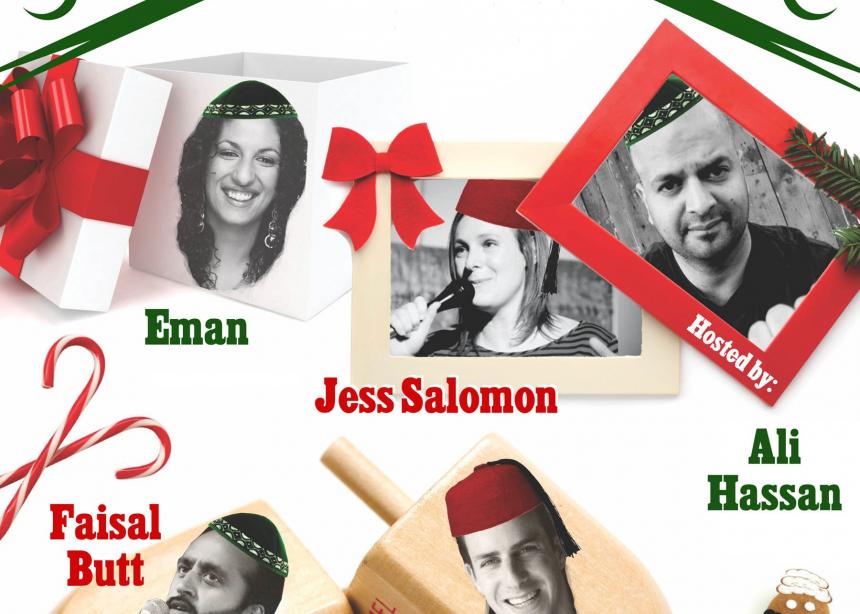 Christmas can be a lonely time for non-Christians in North America. Jews have Hanukkah -- and traditionally go to Chinese restaurants on Christmas Day. Muslims, well, can always go to the movies.

On the other hand, the Christmas season can be pretty funny for Christianity's fellow Abrahamic faiths. Certainly, the "Kosher Jokes for the Halaladays" comedy revue thinks so. (The terms kosher and halal refer to dietary rules for, respectively, Jews and Muslims.) Bringing together Jewish and Muslim comics for a three-city Canadian tour this month, the show tries, as its news release states, "to laugh and be very merry."

Following a hit inaugural show last December at a Montreal space shared with a Catholic church, the revue expands this year to Ottawa for a Dec. 17 gig, another show in Montreal on Dec. 21, and one in Toronto on Dec. 22.

At this time of year, Jews and Muslims can stress what they have in common, said show co-founder Eman El-Husseini. The Christmas season "is actually a really good time for Jews and Muslims because we get to save money, and that's something both our communities really enjoy," cracked El-Husseini, who goes by the name Eman.

A Palestinian Muslim who immigrated to Canada from Kuwait in 1990, the Montreal-based Eman cited another thing Muslims and Jews share: "We're definitely fighting over who's the most hated religion."

She's been inspired to explore commonalities between Muslims and Jews ever since she formed her first friendship in Canada with a Jewish girl. "Over the Christmas holidays, we had nothing to do, so we would go to this diner and just have coffee."

Growing up, "instead of cowboys and Indians, we played Israelis and Palestinians. She would come over and kick me out of my house." She said that gag often gets the biggest laugh in the show. "I try to find humor in the awful things that are happening to both of us," she explained.

The revue features more Jewish comedians than Muslim ones. "Jews invented stand-up comedy in North America," Eman conceded. "But it's definitely booming in the Muslim community." Eman, who's appeared at comedy shows in Jordan and Israel and runs the revue with Jewish comic Jeff Schouela, said she's encountered no tension in mixed Muslim/Jewish audiences. In fact, she said, tensions tend to melt away. "Last year, we were kind of worried. But I felt that the name of the event got almost 400 people to the venue. Our sense of humour is so similar."

Not everyone is open to the concept, she conceded. "They don't think there's anything funny about what's going in the Middle East or [with] relations between Jews and Muslims, so they're not supportive." But they're definitely the minority. "I think if you make light of a situation that's kind of true, people can't help but laugh." 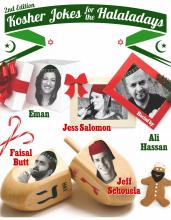