What our indigenous neighbours are saying 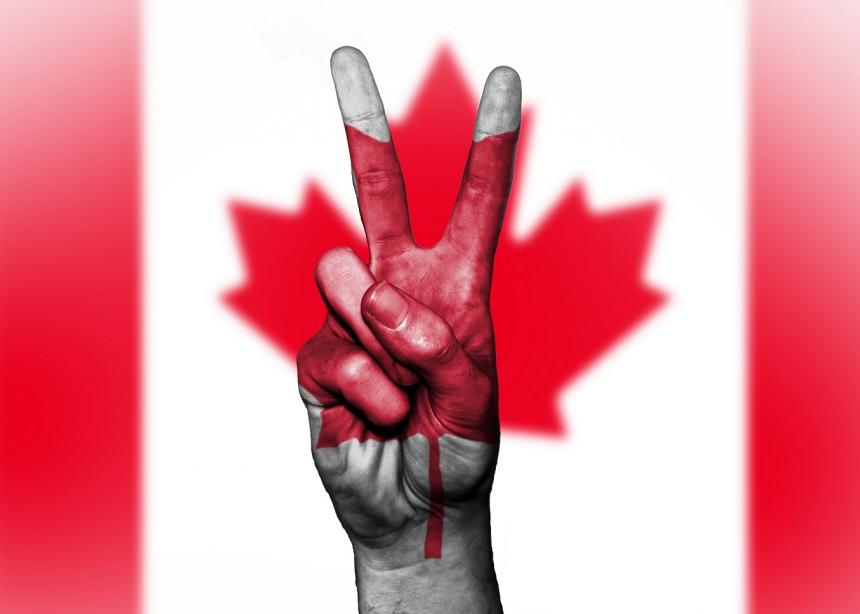 On July 1, 1867, the concerted efforts of 36 male, ethnic-European politicians came to fruition, and the Dominion of Canada was born. At the time, they celebrated, and for more than a century, Canadians continued to commemorate that day.

Now, 150 years later, some Canadians are approaching July 1 with lament. The friendly, peace-loving and globally-respected nation of Canada has a dark past that conflicts with what we love about our home and our stated values. It’s a past we have not yet come to terms with: Canada’s existence is rooted in the domination of indigenous peoples whose ancestors lived here long before settlers arrived.

“It’s important to lament,” says Steve Heinrichs, Mennonite Church Canada Director, Indigenous Relations. “Though there are many good things in Canada to be grateful for, we must recognize that Canada has not treated everyone fairly. It was built on the dispossession of native lands and native peoples. That’s a hard truth. Some indigenous folk are proud to say they are both indigenous and Canadian. They fully understand Canada’s failings, even as they celebrate. Others reject any identification with the Canadian state. Many settlers who celebrate Canada 150 simply do not know the story of indigenous dispossession and how it continues.”

Those among the indigenous community who aren’t celebrating Canada 150 have good reason.

“What do indigenous people have to celebrate?” asks Leah Gazan, a Winnipeg, Man., activist and University of Winnipeg educator from Wood Mountain Lakota Nation, Saskatchewan. “We’re still having disputes over land and resources,” she says. “A year after the Canadian Human Rights Tribunal ruled that the first nations child welfare system is underfunded, they are still waiting for money.” She notes that more kids are in foster care now than at the height of residential schools, and she blames it on the government. “They can spend $70 billion on the military, but they can’t spend $310 million to stop discrimination against first nations children. If there is public will, it will move forward. We need to be real and call it out.”

She also points to the “imploding” National Inquiry into Missing and Murdered Indigenous Women and Girls, with sharp criticism for the roadblocks it has raised against indigenous community requests such as the inclusion of an investigation into police abuse.

“For many of the indigenous [people] in Canada, it [Canada 150] is celebrating 150 years of genocide.”

That may sound harsh to non-indigenous ears, but Gazan’s comments are rooted in difficult realities. Discriminated against her entire life, she is compelled to fight back. “When you’re on the other side of the continuum, the way I see it is I either face it and confront it or wallow in it. And I’m not going to wallow.”

Adrian Jacobs isn’t wallowing in it either. He’s a single father of five from Cayuga First Nation of the Six Nations Reserve in Ontario, and a man of the church. He plays out the latter role as Keeper of the Circle at the Sandy-Saulteaux Spiritual Centre, just east of Beausejour, Man., a United Church education centre that prepares indigenous peoples for ministry with training that respects traditional indigenous cultures. He was also a keynote speaker at Mennonite Church Canada’s Native Assembly in 2014.

Jacobs doesn’t pull any punches tweeting his views of #Canada150, citing observations such as “150 years of the #PolicyOfAssimilation” and, referring to the budget for Canada 150 celebrations, “$500,000,000 for self-congratulations while stolen indigenous lands are trafficked to the highest bidder.”

Jacobs blames the Canadian system more than he blames individuals. He says it is structured around a colonial perspective and rule of law that favours large entities over precious resources, and more importantly, over individuals—indigenous and non-indigenous alike. Yet the way he sees forward begins with individuals, individuals who are willing to evaluate the times we are in and take action.

At the Canadian Mennonite University convocation on April 23, 2017, Jacobs addressed the audience with a challenge to evaluate the times and listen for what God is calling them to do, just as biblical prophets did. (Read Jacobs’ address, adapted for a United Church conference here.)

The year 2017 is a notable time. Not only is it Canada’s 150th birthday, but the 500th anniversary of the Reformation, he told them, offering an observation from late Christian author Phyllis Tickle: every 500 years, there comes a time of re-examining, reimagining and reforming what it means to be church.

Each in its unique way, these treaties with or between indigenous peoples agreed to trust, respect and share in a manner equitable for all.

“Who are you in this Kairos moment, in this special moment in time in 2017, that may change the course of indigenous-Canadian relationship?” Jacobs asked his CMU audience

Mennonite Church Canada is attempting to step up to this Kairos moment by taking seriously the Truth and Reconciliation Commission’s Call to Action number 48. It asks churches “to formally adopt and comply with the principles, norms, and standards of the United Nations Declaration on the Rights of Indigenous Peoples (UNDRIP) as a framework for reconciliation.”

Toward that effort, the national church has produced educational resources such as the Intotemak trilogy and the newly released Lifting Hearts Off the Ground: Declaring Indigenous Rights in Poetry.

It has also hosted events to encourage better relationships, including the recent Pilgrimage for Indigenous Rights. The Pilgrimage was designed to raise awareness about UNDRIP and support for Bill C262, which calls for the implementation of UNDRIP in Canadian law. That will help ensure indigenous peoples and communities have access to the same amenities as the rest of the population—like clean drinking water, flush toilets, safe housing, healthcare and education. (See a video documentary about the Pilgrimage here.)

Gazan affirms those actions. “Give me a toilet [on the reserve] and I’ll feel better. As an indigenous woman, make sure I’m as safe as any other woman on the street, and I’ll feel better.” She says that until basic human rights are available to all, the ability to be healthy or even experience joy are limited. Those limitations bar any possibility for reconciliation. “We have to get beyond nice conversations about being friends. . . . If you’re my friend and you are not willing to give up your privilege, that’s not friendly behaviour.”

But Gazan does find hope in the idea that “more and more non-indigenous Canadians are becoming uncomfortable with the privilege that has been experienced as a result of violating fundamental human rights.” She took part in the Pilgrimage with a number of non-indigenous walkers and was moved by their commitment. “People were walking because they support UNDRIP. That showed they cared by putting in effort and action.”

Fear of change may hold some people back, Jacobs admits. Changing the existing system brings the heart of Canadian land title into question. “This is fundamentally disturbing to anyone who understands the implications.”

But he points out that the best predictor of the future is the past. In the past, indigenous people have met and welcomed newcomers. They sat down and talked about sharing the land as a resource intended to provide for all people. “We will continue to try and have good relations,” he said. “We have tried to be at peace and have friendship, and that’s what we will continue to do.”

On the other hand, he says the Canadian state pledged its word and broke it. It used the language of nation to nation relationships in treaties and exploited the land for economic interest. The land is no longer shared. Indigenous peoples have been treated with exclusion, subjected to residential schools and abuse, stripped of language and culture, and treated with indignity.

So, what kind of action can individuals and the church take to better understand indigenous resistance to Canada 150 and the challenge of reconciliation? Steve Heinrichs suggests a number of responses:

Gazan summarizes the process of reconciliation this way: “First, recognize the truth. Second, take action toward change. Then we can walk together.” 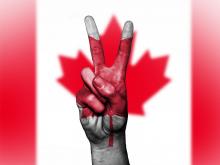 Thank you for a particularly biased and racist article to celebrate Canada Day. Makes me want to run out and join an MC Canada church and regularly tithe my after tax dollars so I can be gobsmacked for breathing air by a Mennonite religious professional who is so much more enlightened than I am.