‘I can see this church coming’ 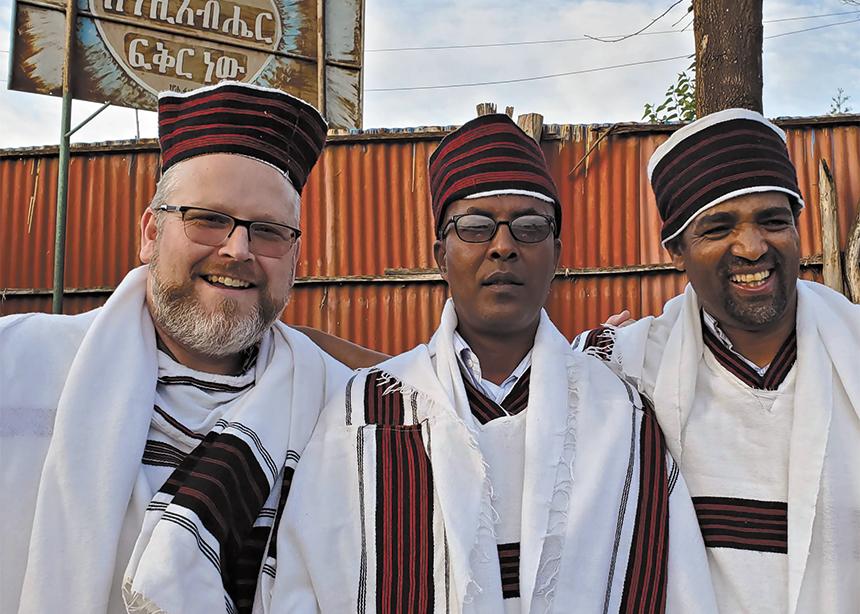 Part educator, part listener, part mentor and part bridge-builder. The mandate for Fanosie Legesse, appointed as Mennonite Church Eastern Canada’s intercultural mission minister in March 2020, is broad. But, as someone who has always bridged cultural gaps, Legesse says, “I cannot help but think that throughout my whole life God was giving me an opportunity to grow, in preparation for this position.”

The new role, the first of its kind in MC Canada, was established because intercultural awareness is a “growing edge” for the regional church, said David Martin, recently retired executive minister. “Over 20 percent of [MC Eastern Canada’s] 104 congregations are newcomer or first-generation Canadian congregations.”

Legesse, born to parents from different cultural groups in Ethiopia, grew up learning two languages and traditions. As an instructor at Meserete Kristos College there, he taught students from many nationalities and people groups. He married Dianne, a Canadian woman, and lived with his family in both Ethiopia and Canada.

Recently, he pastored at Zion Mennonite Fellowship in Elmira, Ont., and served on the regional church’s mission council for six years. While bridging cultures has always been a way of life for him, he acknowledges that “it is hard work to begin to understand each other.”

Legesse began his new role just as governments closed businesses, schools and places of worship, in response to the COVID-19 pandemic. In this “unknown territory” he became a “reference point” for pastors who knew him through the mission council. He helped them navigate the crisis, and communicate with, and care for, each other.

Legesse connects with churches and pastors via Zoom, through one-on-one conversations, and through video recordings that can be shared in churches.

In the short term, he wants to listen and share a vision for interculturalism. He says, “Canada is a mini-globe. People from all over the world are here.” Interculturalism is an “intentional endeavour to learn and to live together,” he explains.

In the long term, he says, “all of my work is to help this ‘mosaic of people’ become the Body of Christ.” He envisions a church that accepts, interacts and shares gifts and resources across languages, nations and tribes; that “shares each other’s burdens and prays for each other”; and “allows the Holy Spirit to express worship, discipleship and proclamation in many, many languages, with joy, with expectation and with urgency.”

He knows that this “is not an overnight happening,” but insists, “we have the skills and ability through the Holy Spirit” to face the barriers of language, culture and theology.

Legesse grounds his vision in the Book of Revelation, where the Body of Christ is expressed through many languages, and in Jesus, who taught “without discrimination” and “proclaimed the good news for everybody.”

Calling Canada a “gracious country,” Legesse notes that “we were welcomed here in this abundant land,” but part of the intercultural vision needs to include reconciliation with First Nations.

Like the Greek and Roman society of Jesus’ day, Canada’s culture is a mix of people, but, in that context, “the gospel was pretty powerful,” he says. “God is experienced in that.”

Legesse understands the tragic pain and reality of systemic racism that is rooted in fear and superiority. In the demands for justice from Indigenous and Black communities, he sees God at work. “God is speaking through a lot of activities, a lot of faces that are different,” he says. “God is saying, ‘Deal with it. Think interculturally.’ ”

Here, he says, the gifts of the Anabaptist tradition are helpful. He senses that God is calling Mennonites to “be the third way,” caring for all sides. They are called to “introduce people to the healing God,” and to help them have a “firsthand experience” of God’s love. They need to “see people as Jesus sees them,” and communicate that everyone is “loved by the same Lord, . . . the creator who created us in his own image.”

Many immigrants are coming from experiences of war, persecution and suffering. They are drawn to a Mennonite “theology of peace,” says Legesse, and in it they “find healing.” As a pastor, he bears witness to their pain, and to the forgiveness and reconciliation that is often part of the healing process.

“They are traumatized, battered, starting new, looking for belonging,” he says. It is a privilege and opportunity for Mennonites to support them with material resources. But, more than that, he adds, they are “looking for relationships with us.”

Part of the intercultural journey is teaching newcomer churches about Anabaptist history, theology and way of living out the Bible, without diminishing other traditions. But newcomers can also show Mennonites “our blind spots.” There is a blessing in this, he says.

Legesse says he wants to “take every opportunity to be an “agitator of this agenda,” processing, struggling, studying and asking questions together.

“I can see this church coming,” he says. New churches are another stream of water, coming into the pool and stirring things up. That can be unsettling. Some people fear the church is going to be divided. But everyone needs to remain “focused on the centre—Jesus Christ,” he says.

Legesse says there are several MC Eastern Canada congregations that already experience intercultural relationships, some through sharing facilities. And he identifies the regional church’s Transition into Ministry program, where “a group of pastors from every background . . . still under the Mennonite tent are learning together, being coached as leaders together, processing and studying together. “It’s just incredible! Very amazing things are happening,” he says. 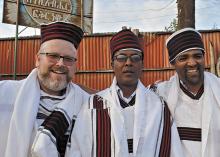 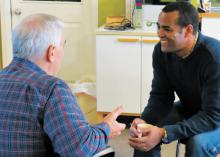