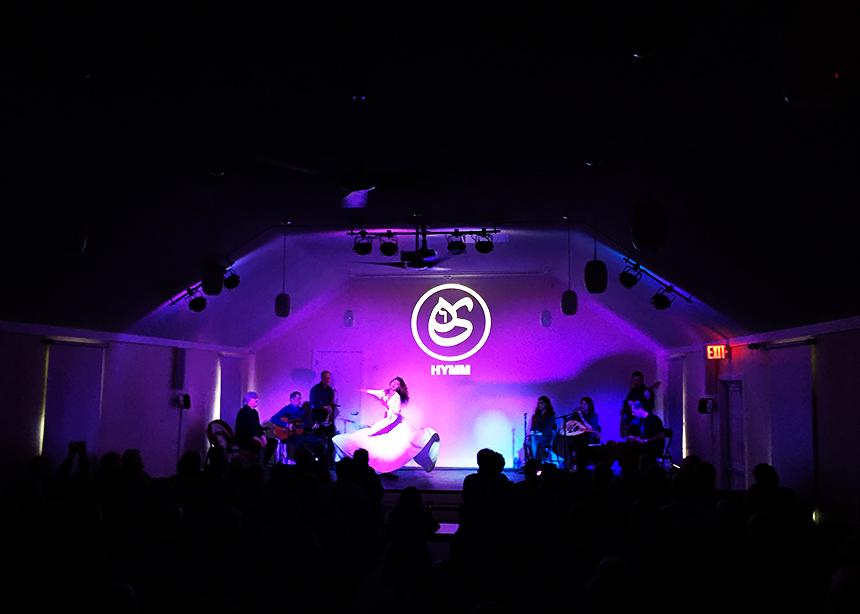 “We wanted it to be a community resource,” says congregational chair Dale Taylor. “We wanted to have things going on during weekdays.”

The result is Theatre 1308, a newly renovated and upgraded space available for community events.

The new venue opened with the first annual Bright Side Festival, which ran for seven nights from Feb. 23 to March 2.

“There was good uptake and attendance,” says Taylor of the festival, which drew a wide range of people.

Bert Enns was Calgary Inter-Mennonite’s community care coordinator in 2017, when the congregation conducted a visioning process.

“It was clear people wanted a focus beyond Sunday morning,” she says. “We looked at it through the lens of how we could build up our own community while connecting with the local community.”

The idea of using the space as a theatre came from members Graham Neumann and his sister, Jody Neumann-Koop. The two noted that Calgary lacked smaller, well-equipped arts and performing venues; they felt the church, which seats about 90 people, could fill that need.

They developed a business plan, including ways to get grants for upgrades such as rebuilding the stage, installing a professional lighting and sound system, adding a high-definition projector and screen, plus new microphones and floor monitors.

Together with others in the congregation, they worked on a brand image for the venue, and a name—it comes from the church’s address—along with the idea for a festival to launch the new space.

Before the grand opening, people from the area, including the local city councillor and members of the community association, were invited to see the building.

For the festival itself, church members signed up to serve as volunteers.

“It was fun to introduce our building to our neighbours,” says Enns, who took tickets for events. “It was exciting to see the building being used by the community, to welcome them into a space that we use for our faith and life,” she says.

For Neumann, who also volunteers as general manager of the theatre, it was important to keep the church and theatre separate.

“Many churches rent their space, but it is still seen as a church, a sacred space,” he says. “We wanted a more welcoming approach.”

In addition to giving the theatre its own brand image and name, it also meant no overt religiosity in the space—no stained glass, large pulpit, pipe organ or other religious images or iconography.

“It helps to be Mennonite,” Neumann jokes, since Mennonite churches are not noted for those kinds of things.

Of course, he adds, “Everyone knows it is a church. But it’s definitely muted.”

Keeping the two separate makes it easier for other groups to use it, he explains. “There’s no mismatch in esthetics.”

Along with engaging with the community, the church hopes the new theatre space will help with upkeep and maintenance of the 76-year-old building.

“It spreads the costs of running the building further,” says Neumann of revenues from rentals. Down the road, this could also give the congregation, which sees between 30 and 50 people congregating for Sunday services, “more resilience” if numbers fall.

Taylor agrees. “Over the long term, we hope it will generate additional revenue for the church, paying for a portion of running the building,” she says.

With only a few months behind them, it’s too early to tell how successful the effort will be, she notes. But it is already giving the congregation “an outlet for its energy, something for us to connect around.”

John Longhurst is a religion reporter and columnist at the Winnipeg Free Press. 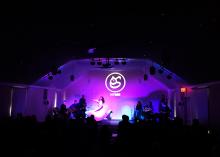 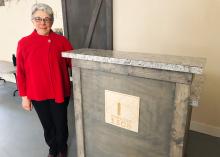 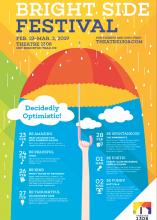