Calgary church learns about its neighbourhood 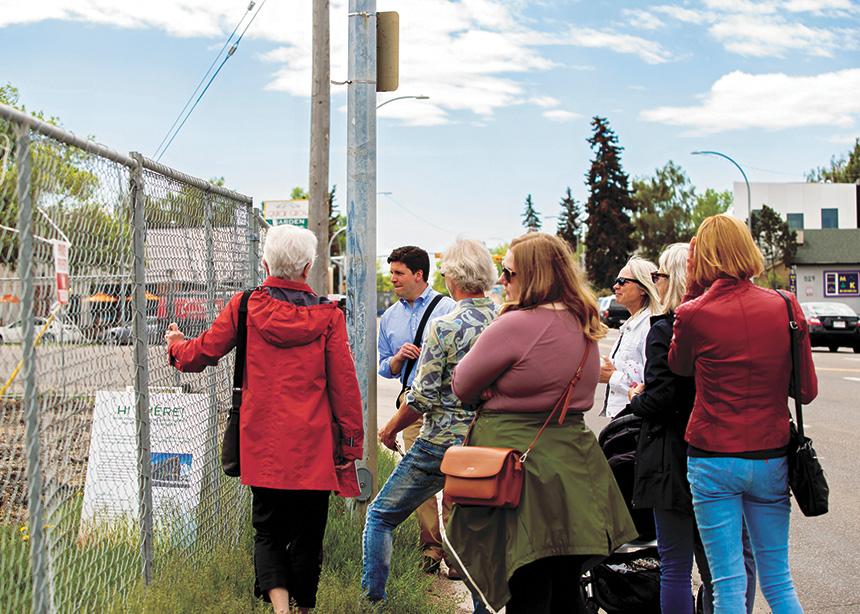 As part of a five-week series focused on land, place and community, members of Calgary Inter-Mennonite Church went on a walk through their neighborhood. The original idea for the series came from Diana Mansell, an active member of the worship committee, while the idea to go on a community walk originated with Walter Hossli, church council chair.

“Earlier this year one of our worship committee members put forward the idea that we put together a series that’s aim is to get to know our neighborhood better. We are a church that comes from all over and outside of Calgary to meet in a building in the neighborhood of Renfrew,” says pastor Lauren Harms.

At the beginning of each session, Harms reads a land acknowledgment, as she believes that the church also needs to understand the people who have lived there before, honouring and celebrating the land on which the church stands and the people of all nations who live work and play in the area today.

“A part of my own interest has been in various coursework that has been aimed at decolonization and strengthening Indigenous ways of knowing,” says Harms. “The focus of this often begins with getting to know that land we are on—knowing the stories of place that have come before us.”

The first session began with a contemplative exercise about place. To give the congregation a visual idea of their neighborhood, Harms showed a short video of a bike tour through the community The second Sunday they had guests from the Trellis Society, a nonprofit organization just down the street. Naya Jamal and Heather Pawson told the group about the programming that Trellis provides, including after-school programs for kids and youth as well as camps during the summer.

The third Sunday, Mary-Grace Linton, president of the Renfrew Community Association, updated the church on current events and issues in the community. The fourth Sunday, David Swann, a Calgary MLA who cares deeply for neighborhoods and place-based activism, led a conversation about the ways people live out their values in their neighborhoods.

On the last Sunday of the series, Nathan Hawryluk, a city planner who lives in Renfrew, led members on a neighborhood walk, pointing out interesting historical facts and current issues related to city planning and development.

Harms says, “I think making connections in the community is so important. It is so helpful for me, as a pastor, to get to know the amazing resources that are close to us, and the hope is that we can also support some of these organizations.” She plans to familiarize herself with other organizations in the area such as the Women’s Centre and to meet residents in the neighborhood who are working to improve the place where they live.

Calgary Inter-Mennonite Church is not new to building a sense of community. The church building hosts Calgary’s newest performance and art space, under the name Theatre 1308. After receiving a grant to build an elevator, the church decided to increase their accessibility efforts and provide a space to host events. Not only does this space bring in revenue for the church, but it also allows them to make connections with artists, poets and musicians within the community.

Church volunteers help host the events. Harms says, “We are serving beverages at the bar, cleaning bathrooms, making sure the event is running smoothly. It is so interesting to see how the space can be used, and it is so cool to see church members light up about it.”

Congregants plan to volunteer for a Stampede event alongside the Renfrew Community Association this summer and are looking forward to the busy season at Theatre 1308.

“We ask: ‘What does this community care about and how can we support those things?’ ” says Harms. “If they need a voice of another group that cares, we will be there.”

“We would also like get to know other church communities in our area,” she adds. “Churches are shrinking but, if we can combine forces, that would be amazing.”

Does she hope to gain new members for their small congregation through their efforts? Harms responds, “If that brings people into our church on Sundays, that would be cool too.” 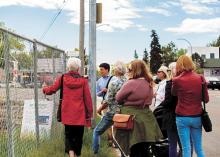