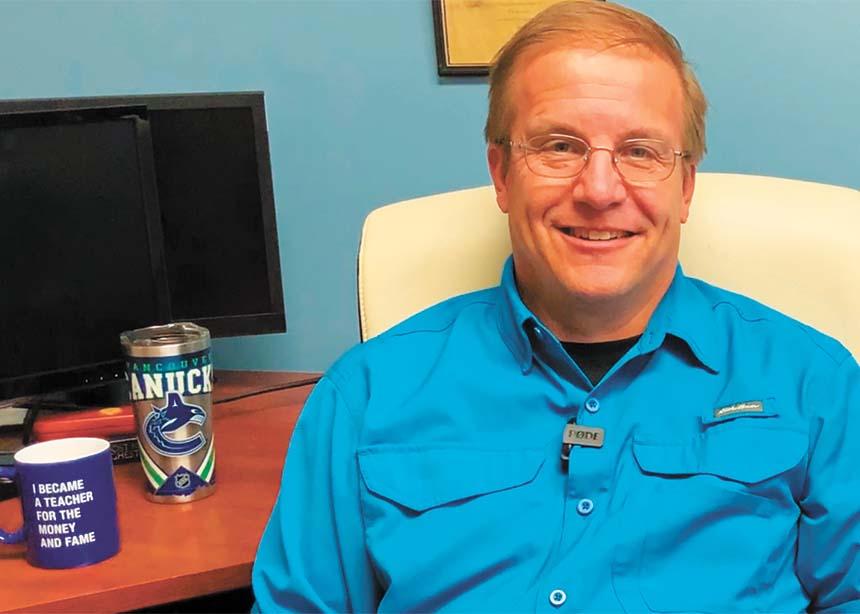 He has spent the last 21 years teaching at Trinity Christian School, and we are excited for him to bring his knowledge and experience to Menno.

He came to Menno because the chance to be involved in administration is a challenge that he wanted to be involved in. A niece and two nephews attended Menno and two of his sisters worked at the school, so he had good insight into what he would be getting into and also what an amazing place Menno Simons Christian School is.

Two very interesting teaching experiences that he has undertaken in his career were spending two years teaching at Rain Forest International School in Cameroon, and assisting with Google training with teachers from the Commonwealth of Dominica and the IT for Dominica Foundation.

Psalm 121 became very real to him while he taught in Cameroon, as he was so far away from family and friends. He realized more than ever his help came from the Lord, and that he is the one who would watch over him.

He has been married to his wife Charlene for 20 years and they have six children between the ages of 11 and 27. Needless to say, it’s a very busy household. Not content with the craziness of a large household, they also have two dogs, Dixie and Chloe.

He loves God, pizza, playing guitar and almost all sports. He grew up in central British Columbia and is a huge Vancouver Canucks fan.

“My deep hope is that every student would know who they are in Christ, and would know how this impacts their daily choices,” he says of his teaching philosopy.

“I have always said that students don’t care how much you know until they know how much you care, so I make it a priority to build strong relationships with students and their families.”

Welcome to our community, Mr. Graffunder. 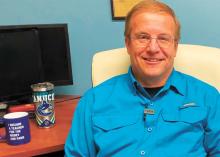