Bridges over fences in Saskatchewan 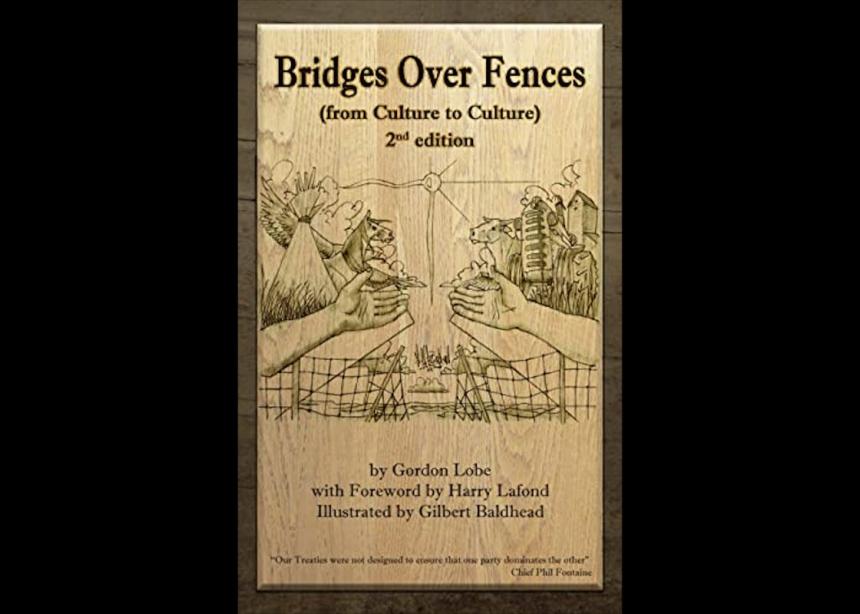 It is heart-warming to read the stories in ‘Bridges Over Fences,’ writes reviewer Ernest Epp.

Bridges Over Fences provides in story form an impressive portrayal of first-hand experiences of non-Indigenous populations interacting with, and living next to and among, Saskatchewan’s Indigenous populations located on historically established reserves. These are first-hand accounts of people who met, conversed, negotiated property and farming arrangements, and contracts with Saskatchewan’s Indigenous and Métis neighbours.

Author/editor Gordon Lobe also involved Indigenous people in the preparation of this interesting book, as evidenced by the written foreword by Harry Lafond, an Indigenous educator and past chief.

This easy-to-read book has stories that are generally positive, revealing that true living relationships between Indigenous and non-Indigenous citizens haven’t always been as acrimonious and distrustful as portrayed almost daily in the current public media.

At the same time, Lobe does not ignore the fact that the Canadian national plan of the time was estab- lished for the benefit of new immigrants destined for settling the open prairie of Saskatchewan. The plan that emerged relegated Indigenous residents to subjugation, subservience and poverty. The appendices provide information on these policies.

It is truly heart-warming to read stories that speak of mutual respect, support, and an irrepressible spirit of survival and cooperation, as citizens of Mennonite, Catholic, Doukhobor and Ukrainian communities forged positive relationships with their Indigenous neighbours.

Ernest Epp is a past principal of Rosthern Junior College high school.

It is heart-warming to read the stories in ‘Bridges Over Fences,’ writes reviewer Ernest Epp.